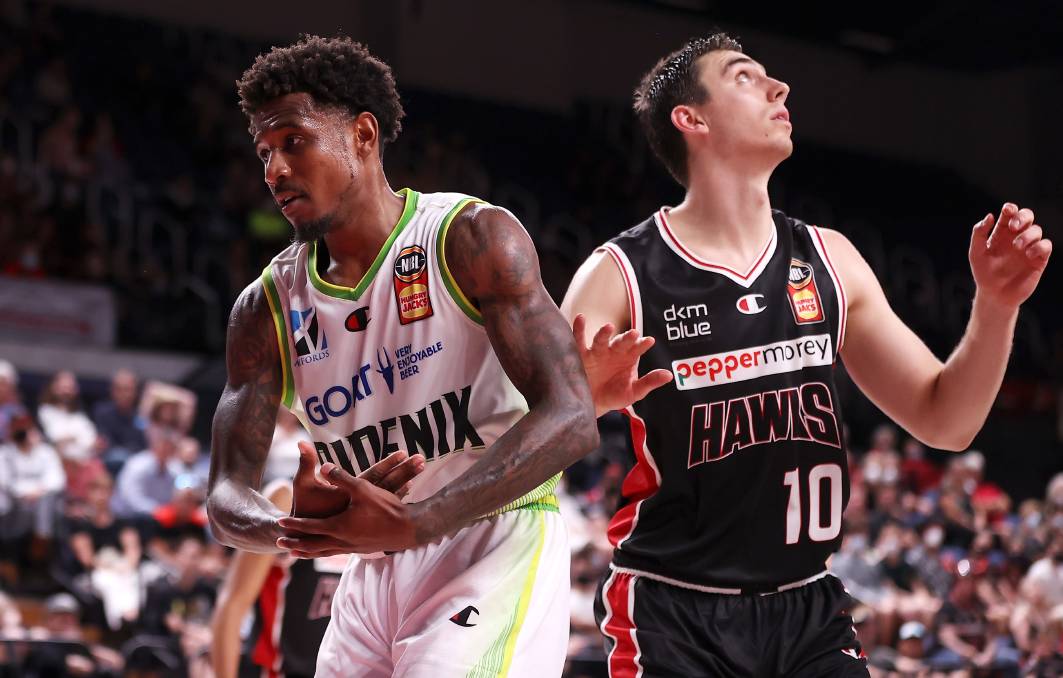 AFTER an entertaining batch of games over the weekend, Round 10 of the National Basketball League (NBL) concluded on Monday night, with the Illawarra Hawks hosting the SEM Phoenix at WIN Entertainment Centre. This was set up to be a blockbuster clash, given the two sides were sitting inside the top four heading into the matchup, both having played some excellent basketball to start the season.

The game ended up living up to the hype, with some seriously entertaining action taking place on the court. In what was potentially a finals preview, the two teams played out an extremely exciting affair, with the match decided in the final seconds of the fourth quarter. In the end, it was the Phoenix who were able to steal the triumph at the death, emerging victorious in one of the most thrilling contests of the 2021/22 season.

There were plenty of big moments throughout the contest, with both teams making big plays down the stretch in an attempt to secure the win. In this article, we take a look at said plays in what was a ridiculously entertaining match.

The modern basketball game has seen some seriously clever plays drawn up from talented head coaches. This was once again the case, with Phoenix coach Simon Mitchell getting his side an easy bucket from an inbounds opportunity. It was set up by a series of smart running patterns, all of which created space and put the Illawarra defence on the back foot. The Phoenix were able to clear out the paint with ease, and all it took was for Mitch Creek to run around the screen from big man Zhou Qi, cut to the basket to find himself wide open for the dunk. It was a smart play given the man-on-man defensive strategy that was implemented by the Hawks, with the offence able to expose it and create an easy score.

Hawks big man Sam Froling has shown some serious range in recent weeks, which has given the team another dynamic avenue to scoring, given his ability to sink shots from in the paint too. He was impressive again on Monday night, and delivered a crucial basket on the eve of three-quarter time. With the Phoenix up by six, the match threatened to get away from the Hawks heading into the final quarter.

Illawarra had the ball for the final play of the quarter, so there was a chance to bring the margin back to just one basket. Froling was given the ball just outside the top of the arc, shook his opponent with a step-back, faked a pass to a teammate before chucking up a last-second heave that found the bottom of the net as the siren sounded. This brought the Hawks back to within three-points of their opponents to stay in the match.

As mentioned above, this match went right down to the wire in thrilling fashion. Both sides had the opportunity to claim the win throughout the final two minutes, and it looked likely that the Hawks would deliver a victory in front of their home crowd when Antonius Cleveland stole the ball at midcourt and threw down the big slam to give his side a three-point lead with just 40 seconds to go. The Phoenix were able to whittle it down in the 30 seconds that followed, and trailed by just one-point as they held possession in the final 10 seconds.

With Creek double-teamed as soon as he touched the ball, he made a smart pass to Xavier Munford – who was playing one of his best games with the Phoenix. Knowing time was running down, Munford chucked up a deep three, which was wayward. However, he was able to draw a foul in his shooting motion, sending him to the line with just seconds remaining. He made the first two attempts from the charity stripe, before intentionally missing the third (as the Hawks had no timeouts remaining) with the clock winding down to seal the win for the Phoenix.