ALL the top four sides triumphed in Round 17 of the Big V Championship Men’s division, to lock up the spots a week out from finals. Wyndham, McKinnon, Sunbury and Hume all celebrated victories in the penultimate round of action, which created a gap on the bottom four sides. Wyndham’s 21-point victory over Camberwell Dragons was particularly significant, with the Dragons two wins outside the top four and unable to close the gap with just a round remaining in the 2022 season before finals.

In that match, the fifth placed Dragons surprised the second placed Wyndham with an 18-12 first term. The visitors only had themselves to blame, shooting at 22.2 per cent from inside the arc and 10 per cent outside it, whilst the Dragons ran at 66 per cent from their two-point shots. Wyndham worked its way back into the match with a 28-23 second term as they started to crash the boards and take control in the paint, doubling their points in there from the first term to put up 16 points just in the key alone.

The visitors forced turnovers and kept hassling the Dragons, but Camberwell remained steadfast, scoring 22-21 in the third term to maintain a two-point lead heading into the final quarter. Unfortunately for the Dragons, the potential carrot of finals took just 92 seconds to be snuffed out, with Wyndham taking the lead and then piling on 38 points to 15 – shooting at a ridiculous 60 and 72.7 per cent from inside and outside the arc, to dismantle the Dragons defence and come away with the 21-point victory, 99-78.

Maurice Howard was sensational again, managing 25 points and 13 rebounds – as well as six assists and two steals – to be one of three players on the winning side to chalk up a double-double. Manel Ayol (22 points, 13 rebounds) and Kavione Green (16 points, 14 rebounds and four assists) were the others to achieve the feat. Aaron Dolny (15 points, seven rebounds) and Keenan Gorski (10 points, five rebounds) came off the bench to put up some handy numbers for Wyndham in the win. Luke Shelley produced a game-high 30 points for the Dragons, also recording four rebounds and two assists, while Matthew Zappala (18 points, seven rebounds and four assists) and Jay Mackenzie (12 points, 10 rebounds, three assists and two steals) were also strong.

Sunbury’s outstanding season continued with another win to take the Jets to a 19-1 record, rolling past Blackburn Vikings to the tune of 35 points, 92-57. The Jets outscored the Vikings 40-25 in the first half, and while the visitors did trim the deficit to 13 with a quarter to play, Sunbury stepped up in the last 10 minutes to pile on 34 points to 12 to run away with the 92-57 victory. Ismael Sanders was outstanding with 32 points – including six triples – four rebounds, four assists and three steals, while Trevon Clayton (15 points, 13 rebounds and two steals) managed a double-double for the Jets. Edward Bourke (12 points, nine rebounds and three assists) was the pick of the Vikings in the loss.

Third placed McKinnon Cougars ran away with a dominant victory over Chelsea Gulls, scoring 69 points in the second half – and 101 across the last three quarters – to come from four points down at quarter time to win, 126-97. Nathan Davis put up 32 points and three rebounds, while Sharif Black was unstoppable tallying up 22 points, 14 rebound and six assists. Luke Peynenborg‘s 22 points, five rebounds, three assists and two steals off the bench came in less than 18 minutes. Titgyeth Kwajakwan topped that effort with 24 points, four rebounds and three assists off the bench, while Kirk Smith (21 points, seven assists) was handy for the Gulls. No player had more dominance off the boards than Aaron Frost who pulled down a mind-boggling 21 rebounds – 14 defensive – to go with 20 points and four assists.

Handing Chelsea a second loss for the weekend, the fourth placed Hume City Broncos came away with the 30-point victory. The Broncos put up 26 points to eight to lead by 18 points at quarter time, and though the Gulls tried to keep with the finals-bound side over the next two quarters, Hume put up 35 points to 18 in the last term to run away with the high-scoring 109-69 win. Max Vitalia (17 points, four rebounds), Makuei Puondak (13 points, four rebounds) and Corey Fiddes (12 points, seven rebounds) all had impact off the boards and were among seven players who reached double-figure points in the win. Smith had another big game for the Gulls, tallying 22 points, while Josh Watt managed the 19 points in defeat. 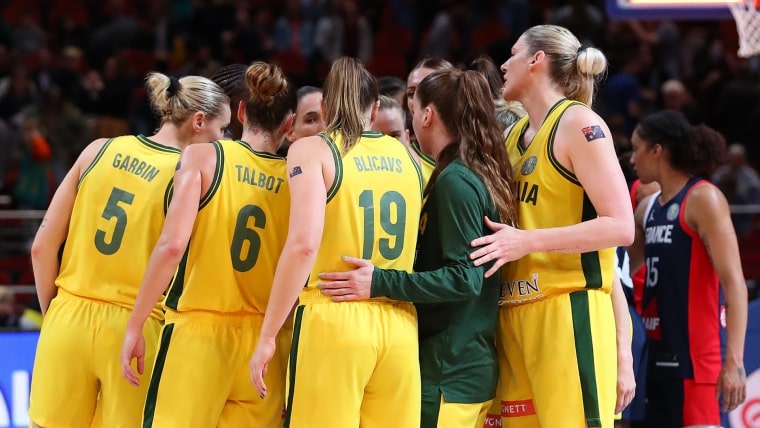