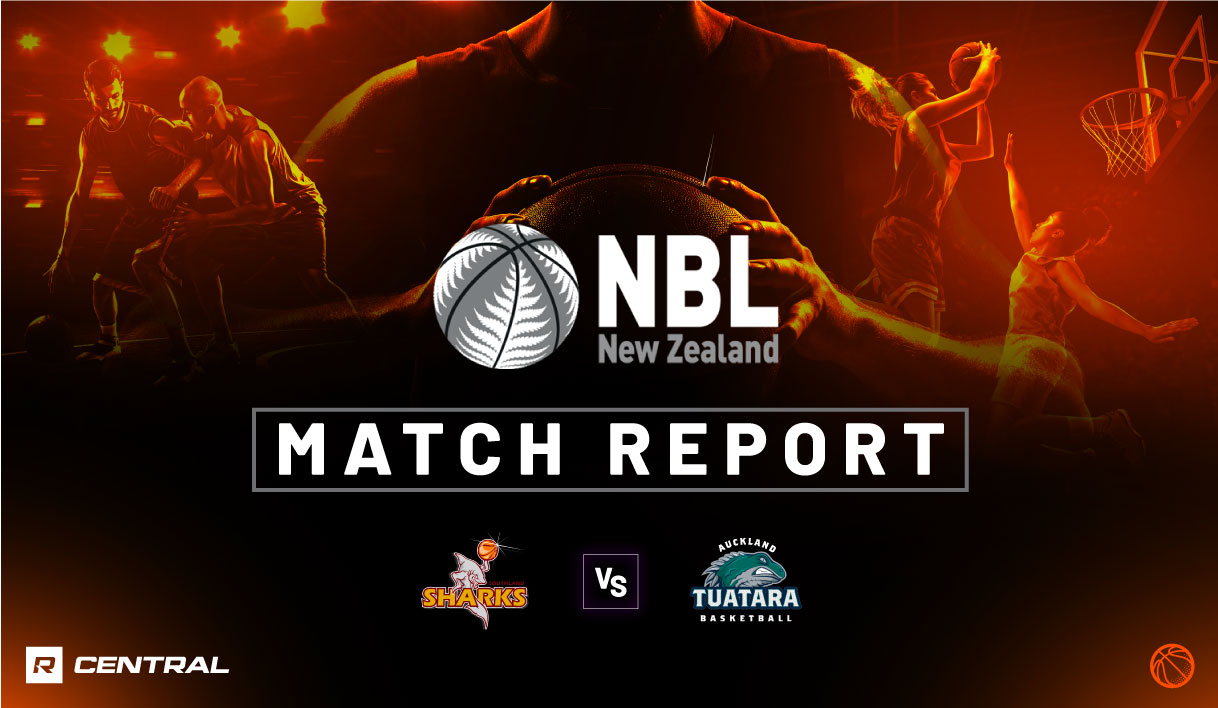 JUST in the knick of time, Auckland Tuatara have grabbed a much-needed win to break a four-game losing streak and snatch back top spot on the New Zealand National Basketball League (NZNBL) ladder. The Tuatara were far too strong for the last placed Southland Sharks, handing the Sharks their ninth loss of the season off the back of a dominant 53-35 first half. Though Southland did recover in the second half to reduce the the deficit to 12 points by the final siren, it was a case of too little, too late and the Tuatara saluted 89-77 on the road.

Neither side entered the match in great form, but Auckland Tuatara’s 8-1 start to the season meant their four-game losing streak coming into Round 10 was not as bad as it could have been. The Sharks on the other hand were at 3-8 and on the brink of having a line put through their season, which is what ultimately happened. Though Southland stuck with the title contenders in the first term to only trail by three at quarter time, the Tuatara put the home side to the sword in the second term, piling on 31 points to 16 to take an 18-point advantage at the main break.

The two main leaders for the Tuatara at half-time were Siler Schneider (15 points) and Robert Loe (13 points), having both combined for 21 of the visiting side’s 31 second quarter points. The lead kept growing for the Tuatara as it surpassed 20 points early in the third term with Schneider and Dontae Russo-Nance making it 57-35 with 8:44 left on the clock. From there, the Sharks worked their way back into it slightly, as Brayden Inger hit nine consecutive points – all triples – and Daishon Knight got involved on the scoreboard too. They cut the lead back to a manageable 13 points with 3:55 on the clock, but Low and Schneider steadied and the Tuatara lead by 16 at the final break.

Knight had a strong start to the fourth quarter, with Dom Kelman-Poto also getting involved, and when Dru-Leo Leusogi-Ape was starting to hit from range, it was giving the home team a lift. Unfortunately for the fans though, it would be a case of too little, too late, as Schneider, Russo-Nance and Braydon Iuli all steadied for the visitors to notch up the 12-point win.

Schneider was a standout, putting up 28 points, eight rebounds, four assists and three steals in the win, as Loe crashed the boards for 14 defensive rebounds, five assists, a steal and a block to go with 17 points. Russo-Nance contributed the 15 points with five rebounds, six assists and two steals, while Iuli helped himself to 11 points, three rebounds and three assists.

For the Sharks, Knight was a dominant shooter, knocking down nine of 15 from the field on his way to 26 points, while also picking up five assists and two steals. Inger had 14 points – four of nine from three-point range – with three rebounds, whilst Winston Shepard had eight points, 12 rebounds and three assists. Leusogi-Ape (12 points) and Kelman-Poto (11) contributed off the bench from limited minutes.

Auckland Tuatara next come up against Otago Nuggets tomorrow, while Southland Sharks face Nelson Giants in Round 11 on Saturday, July 9.