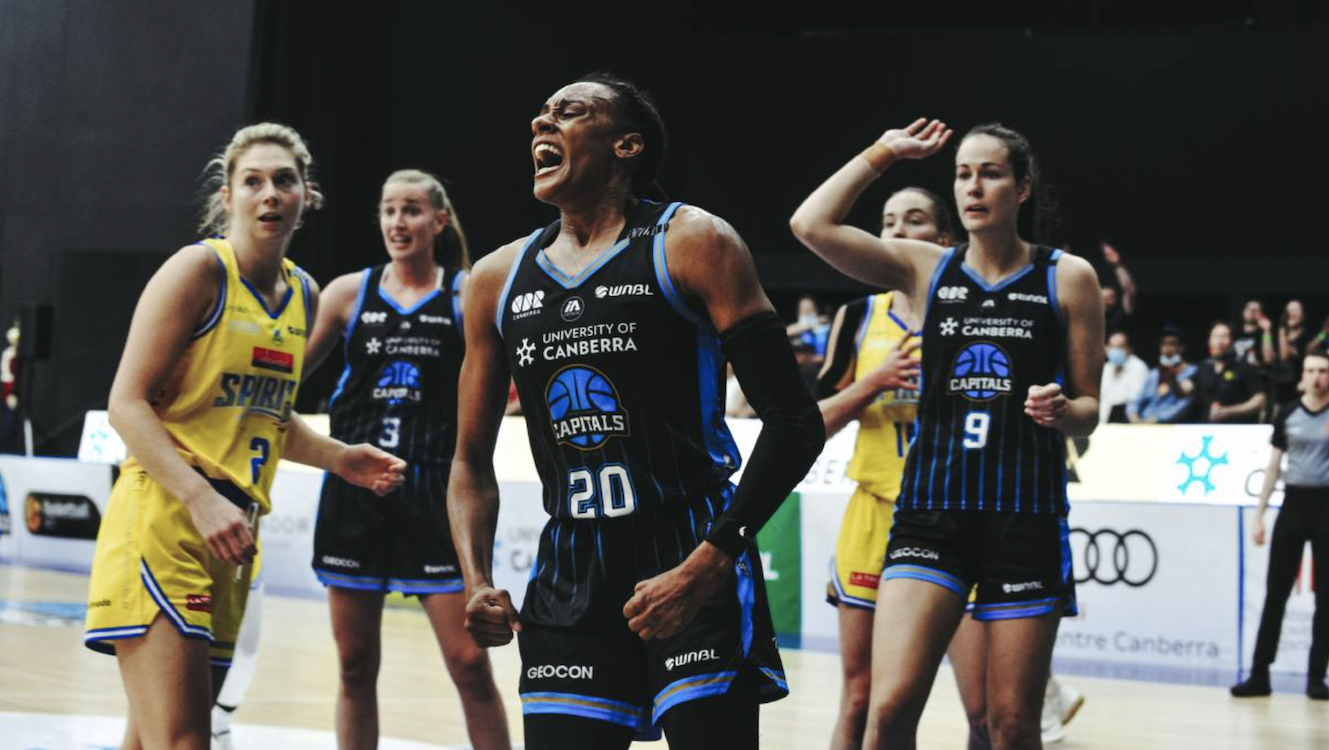 IT was as clinical a performance as it could have been, with UC Capitals storming to a 34-point victory over Bendigo Spirit yesterday. The Capitals won the first three quarters convincingly in front of a home crowd to set up the 94-60 victory at the National Convention Centre in Canberra. Coming into the game, the Capitals were coming off back-to-back heavy losses to Perth Lynx and needed to make a statement, and they did just that.

Four Capitals players scored double-figure points in what was an even team performance across the board. Not only did the individual players stand up, but the Capitals lead from start until finish, with the lead blowing out beyond 30 points on multiple occasions. Though the Spirit managed to get it back to single digits for the majority of the second term, the Capitals stormed away to a comfortable lead. With the game over heading into the last, Bendigo took it up to UC, but still lost the quarter by two (12-14).

Looking at the statistics, the Capitals dominated all facets of the game, with their ball handling and rebounding skills far superior to their opponents. They notched up a half century of rebounds, winning the category by 13 (50-37), as well as toppling the Spirit in assists (20-11) and steals (13-1) with ease. The Spirit did not help themselves with 15 turnovers to six, though they committed four less fouls (14-18).

From a scoring perspective, the Capitals shot at 45 per cent from inside the arc, and put up 40 points in the paint to the Spirit’s 26. They also doubled their opposition’s second chance points (16-8), and despite committing four more turnovers, actually applied more scoreboard pressure from turnovers (15-4). They got plenty of minutes into their bench as well, with the Capitals piling on 45 points to 18 from their rotations.

Young gun Jade Melbourne top-scored for the Capitals with 19 points – 75 per cent from the field – five rebounds and two assists. Alex Bunton was one of three Capitals players to pick up 16 points in the victory, gathering 16 points, and four rebounds, also shooting at a high clip above 70 per cent from the field. Brittney Sykes (16 points, seven assists, four rebounds and two steals) and Kelsey Griffin (16 points, eight rebounds, three steals and two assists) were the other to contribute strongly on the scoreboard. Mikaela Ruef only scored six points, but the centre was enormous off the boards with 13 rebounds.

For Bendigo, Anneli Maley piled on 15 points and 11 rebounds in a hard working effort despite the huge loss. She did only shoot at 35 per cent from the field and had six turnovers, but was a crucial player off the boards. Megan McKay was the other double-figure scorer for the Spirit with 11 points and five rebounds, while Alex Wilson (seven points, five assists and four rebounds) and Cassidy McLean (seven points, four rebounds and three assists) tried hard despite some shooting woes.

Bendigo Spirit next front up tomorrow night against Sydney Uni Flames, whilst the Capitals also take on the Flames, but on Friday night back at home.