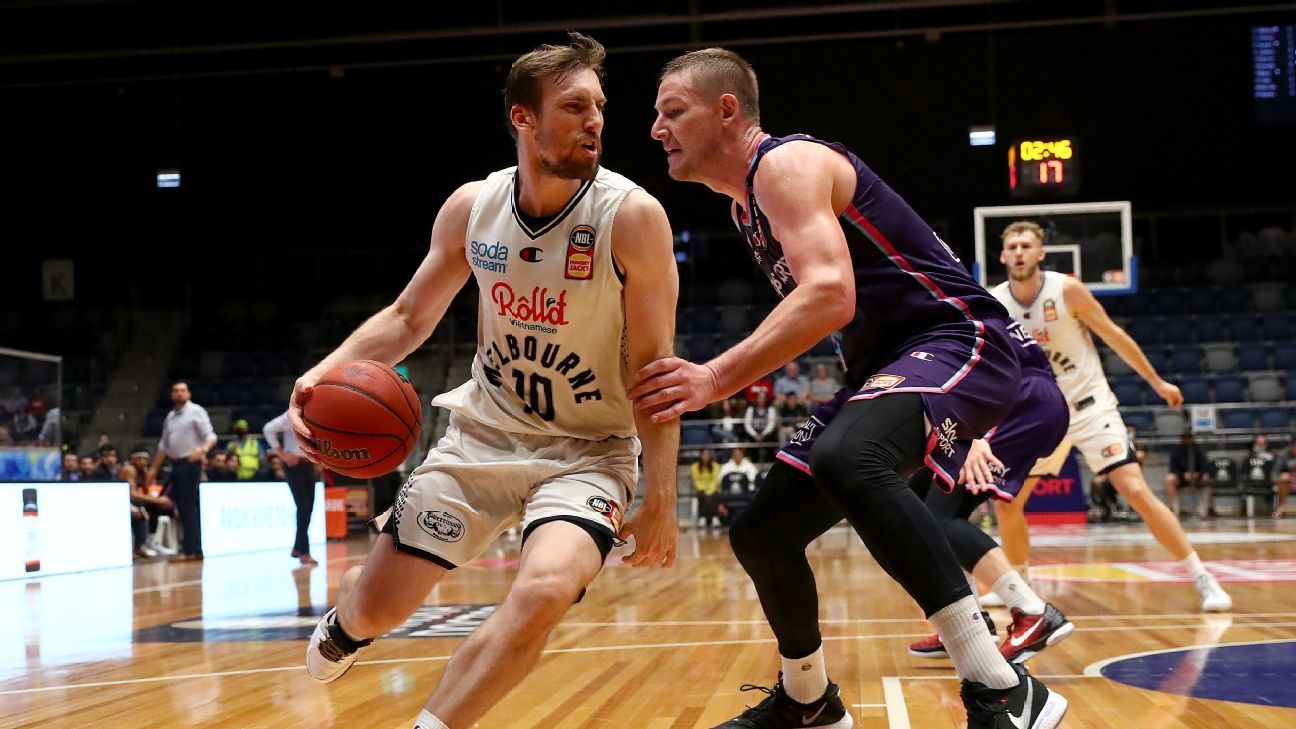 IT was a tough fought battle between the rejuvenated New Zealand Breakers and Melbourne United with the latter stealing a measly three-point win (82-79). A strong opening half of basketball from the Breakers set them in good stead but fatigue kicked in throughout the second half as United built momentum and capitalised to sneak home.

The Breakers have dealt with plenty of adversity throughout their 2021 campaign with multiple players missing such as Robert Loe and Corey Webster while also awaiting the services of Levi Randolph and William McDowell-Wright to come out of quarantine. They have also been forced to call Australia home for the past five months but their intent was clear in this clash – win. Playing up in Bendigo, New Zealand wasted no time hitting the scoreboard landing the first triple of the game to immediately set the tone. They matched everything United threw at them and delivered on the scoreboard themselves, opening up narrow leads throughout the term. Knocking back 26 points apiece in the opening quarter, the Breakers and United went into the quarter-time break even before the Breakers went on a tear in the second.

A sense of urgency and intensity filtered across the Breakers outfit as Finn Delany and Colton Iverson got busy. Their ability to read the play and influence the outcome on the scoreboard was second to none as they assisted New Zealand to an 18-5 point run to close out the term. Putting up 28 points to 12 and shooting at 54 per cent from the field the Breakers had all the ascendancy and it was ultimately their game to lose.

But United proved how much of a quality outfit they are, completely flipping the script in the second half by shutting down New Zealand and limiting their chances. Their all-round pressure across the court caused the Breakers’ accuracy to drop from 54 per cent to 35 only managing nine shots from 26 attempts while Iverson was fouled out of the game. The wheels well and truly started to fall off for the Breakers while United found their groove thanks to an inspired effort by captain Chris Goulding. Although Melbourne’s offensive unit was not overly cohesive there is no denying that their defence stepped up to the plate when needed to negate New Zealand. United managed to make it a six point ball game heading into the final change and could sense a win.

With 10 minutes to play, the final quarter was just as high scoring for United as they posted 23 points to a mere 11 to run over the top of the Breakers and claim a much-needed win in order for them to stay in touch with the top of the ladder. After failing to register a point in the first half Goulding came to life in the second while Shea Ili also made his mark allowing United to bypass a tired New Zealand side who simply could not maintain their quick start out of the blocks.

Delany proved to be the hot hand for New Zealand posting up 17 points at 41 per cent from the field while also collecting five rebounds and four assists. However he was costly with ball in hand as shown through his six turnovers. Jeremy Kendle was the next best on the scoring front thanks to his 13 points as Rasmus Bach also contributed a handy 12 points. Iverson was in good form before being fouled out of the game recording 11 points and six rebounds. Although Tai Webster was down on his lofty standards he still managed to have an influence off the boards thanks to his seven rebounds and seven assists.

Mitch McCarron was a focal point for United playing 30 minutes and slotting 16 points at 50 per cent from the field. It did not stop there for McCarron who reeled in seven rebounds – all defensive – and seven assists in a strong showing. Ili was just as dominant and more accurate from the field going at a 66 per cent clip to finish with 16 points, three rebounds and three assists. Goulding chimed in with 13 points, three rebounds, two assists and two steals while Jock Landale produced 12 points, five rebounds, three assists, two steals and an impressive four blocks proving he does not need to post a lot of points to have an influence as he can impact the play in other ways.