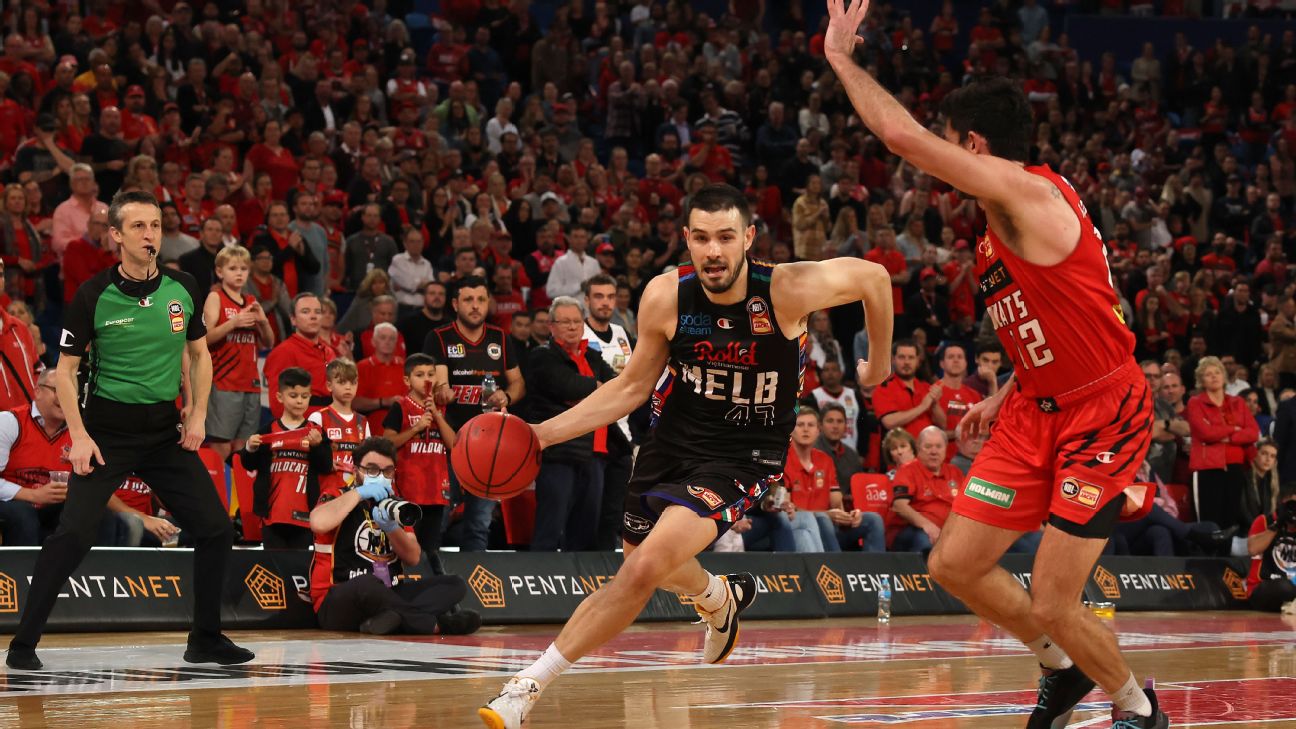 MELBOURNE United scraped home to snatch a narrow three point victory in Game 1 of the Grand Final series against a depleted Perth Wildcats (73-70). It was a hard slog with neither side willing to give an inch as the lead chopped and changed throughout the contest.

In front of a packed RAC Arena the home side was hoping to kick things off with a bang but were hit hard by injury before the game even started with three time MVP Bryce Cotton still out of action and Luke Travers unable to take the court with calf soreness. United were on the money early with captain, Chris Goulding inspiring the side before Mason Peatling contributed to the scoreboard. But the Wildcats were not about to lie down as the cogs started to tick over as Travers’ replacement in Clint Steindl converted his free-throws and Mitch Norton found his way to the rim. Perth continued this momentum to end the term with a nine point to three run creating a narrow one point lead at the break 19-18.

Looking to capitalise on their dominant end to the term Wani Swaka Lo Buluk nailed consecutive shots to push the margin out to three points before both Todd Blanchfield and John Mooney got involved in the action for Perth.  The lead ballooned out to as much as seven points as the Wildcats shut down United’s drive to the basket through their defensive efforts. It was a high intensity final three minutes of basketball in the second quarter as both sides traded blows in hope to gain the upper hand and a last second triple from none other than Goulding was exactly what the side needed heading into the main break.

Only four points separated the two sides at half time and United were eager to eat into that deficit from the opening minutes of the third quarter. With Steindl out of the game for Perth and Melbourne still at full capacity the visitors made use of their bench depth. With less than nine minutes left on the clock United levelled the scores at 35 points apiece but that was short lived as Perth hit back to forge ahead. But the twists and turns continued as Jock Landale came to life in the third with the star recruit imposing himself in every way he could while Goulding was at his damaging best from beyond the arc. United did not look like relenting with the momentum well and truly favouring them as veteran David Barlow showed some spark with a handy triple as Melbourne started to assert themselves. As the clock ticked down to the final change the visitors held a four point lead thanks to a 29 point to 18 term.

With it all to play for in the final term United were in the box seat and while the boisterous crowd were trying their hard to spur the Wildcats on it was not enough. Blanchfield was monumental for the Wildcats but it was the likes of Landale and Goulding that were doing a wealth of damage as they continued their merry way for United. In fact the lead skipped out to as much as 10 points midway through the quarter thanks to a hookshot from Jo Lual-Acuil. But as the quarter went on the spirit and fight of Wildcats came to the fore as they dwindled the margin back to three but fell short of victory with a potential to Norton also at the forefront of Perth’s mind.