United may have lost to the Wildcats, but are they still top dogs? 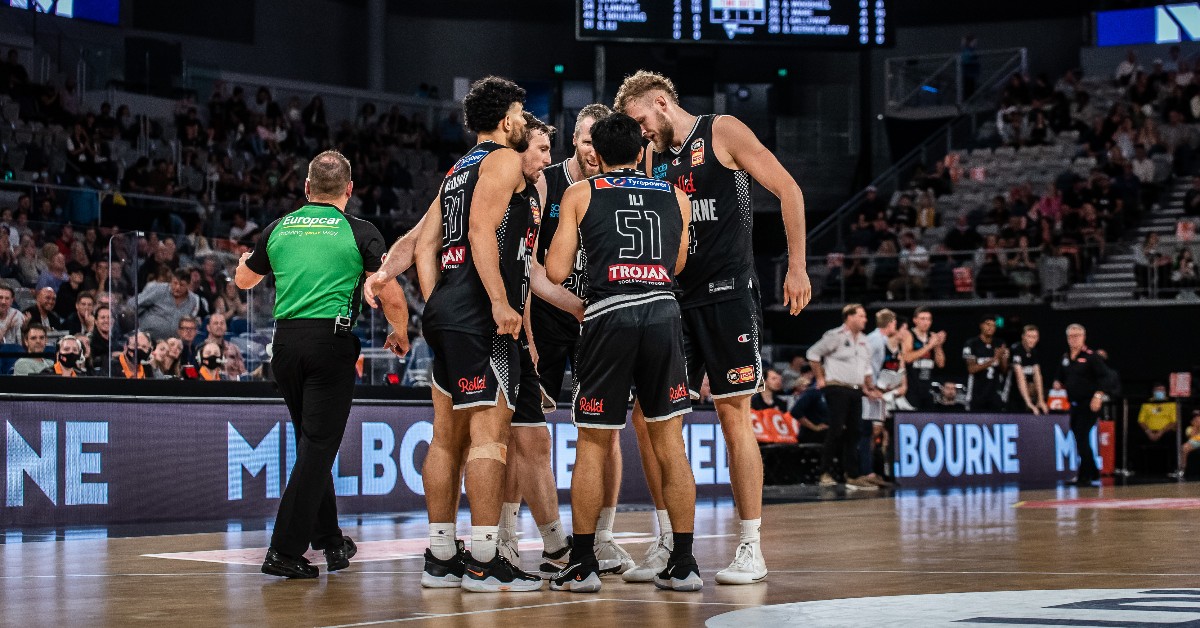 AS far as winning streaks go, Melbourne United’s 11-game victory run between Rounds 10 and 16 was a very respectable track record to have heading into the postseason. But following Wednesday night’s outcome between United and the Perth Wildcats, Melbourne’s moniker as clear-cut favourites is being threatened.

Dean Vickerman’s side suffered a 28-point drubbing to the Sydney Kings on March 19, and since then Melbourne has been simply unstoppable at both home and on the road.

With their first triumph of the double-digit winning streak coming at home against the Illawarra Hawks, Melbourne then conquered back-to-back fixtures against the New Zealand Breakers and cross-town rivals the South East Melbourne Phoenix before knocking over the Cairns Taipans in a home and away fixture in Round 12.

After defeating the Breakers and the Hawks once again, as well as the Brisbane Bullets in Rounds 13 and 14, United had a singular outing in Round 15. This game would see Melbourne squeeze out a hard-fought win over an Adelaide 36ers roster that is in the midst of pursuing a top four spot and a postseason berth, 92-78, extending their winning streak to nine games.

Most recently in Round 16, United participated in a three-game week matching up against the Breakers, Kings, and the Wildcats all at home. Melbourne looked sublime nine days ago, convincingly blowing by New Zealand with a double-digit win to start off the round. Four days would go by before Melbourne exacted a bit of revenge over their long-time foes in Sydney, demolishing the finals contenders by a mountainous 25 points and logging their eleventh straight win on the trot.

The main event, however, would be saved for the last matchup of the Round 16 fixtures with Melbourne hosting the two-time defending NBL champion Wildcats, who were in desperate need of a bounce back win.

Both teams had split their first two meetings of the NBL21 season, but Melbourne were the first to land a punch on Wednesday night leading after quarter time. Being led by their star pickup in the offseason, John Mooney, Perth quickly picked up steam and never looked back. Scoring 20 points more than Melbourne in the latter three quarters (70-50), Bryce Cotton, despite his recent shooting slump, helped the Wildcats to end United’s impressive winning streak winning 82-69, snapping their opponents’ run of success at 11 games and preventing them from reaching the dozen mark.

The win by Perth called many into question just how likely Melbourne are to make it through two postseason series. As it stands, United (21 wins and six losses) currently hold the two-and-a-half-game lead at the top of the ladder over the Wildcats (19 wins and seven losses), but with the two teams to meet at least two more times, home court advantage still hangs in the balance for the NBL’s premiere outfits.

Looking to get the Victorian side there, is Melbourne’s captain and leader Chris Goulding. Averaging 15.9 points, 2.5 rebounds, 2.2 assists and over three triples, the 32-year-old is also shooting the lights out with his field goal percentage at 42 per cent, his three-point success rate at 40 per cent and 90 per cent from the free throw line. If Goulding can continue his spectacular run of form in this second half of the season, United can re-establish their superiority in the standings as a reward from his good play.

Backed by the vast talent of Jock Landale, Goulding has a supporting cast that is certainly capable of driving this side all the way to a potential championship. For Landale, he is continuing a solid season into the twilight stretches of the campaign. Despite now ranking second in team scoring, the 211-cm Center is totalling at least 15.6 points, 7.9 rebounds and 2.4 assists per game at a 52 per cent shooting rate each time out, he is up there as one of the most efficient scorers in the competition.

Other key contributors keep producing at a high rate, highlighted by individuals such as Scotty Hopson (11.8 points, 3.8 rebounds and 2.7 assists) who is now cementing himself within the rotation after some time off with injury, and Mitch McCarron (11 points, 5.0 assists and 5.0 rebounds) who is yet to miss a game this season with 27 appearances.

Jo Lual-Acuil has been attaining frequent starts on a consistent basis, serving as a twin tower next to Landale and for good reason. Lual-Acuil accumulates double-doubles at will averaging 9.1 points, 6.2 rebounds and 52 per cent shooting as the imposing center completes his second season at United. Excluding those who have been named, Yudai Baba, Shea Ili, David Barlow and Sam McDaniel will get ample opportunity to see out the rest of the regular season to try and secure the minor premiership over the next five rounds.

Speaking of which, Round 17 begins on Saturday for Melbourne when they face off with the Phoenix. United will then square up against the Wildcats again in Round 18 before clashing with Cairns, Illawarra, Brisbane, Sydney, and Adelaide before the season’s end.

NBL21 is starting to come to a head, and the race for the top spot is ramping up. Whether Melbourne can handle the pressure and secure the coveted home court advantage for finals will be seen in the coming month, unless Perth can pull back the distance between themselves and the league frontrunners.