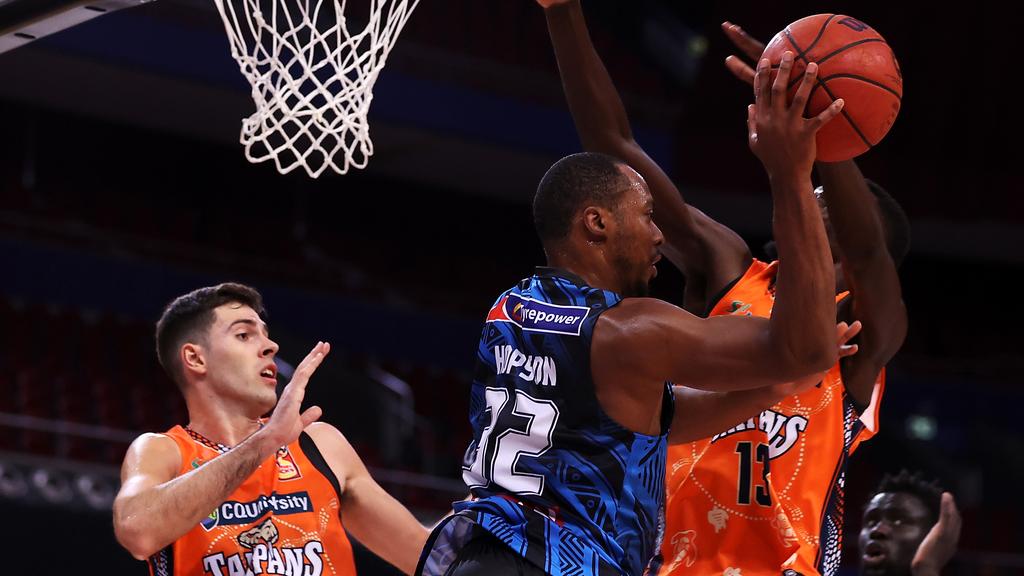 MELBOURNE United have done what they needed to do, and claim the victory over last placed Cairns Taipans to put themselves in the best position for the 2021 National Basketball League (NBL) minor premiership. United go head-to-head with the only other team that can challenge them for the spot in Perth Wildcats, in what sets up a tantalising final round of action.

In a top-against-bottom encounter, not too many fans would have expected Cairns to walk away with the points, though both sets of fans would have had to travel with the United home game moved from John Cain Arena to Qudos Bank Arena due to the Victorian lockdown, meeting the Taipans all the way in Sydney. The first quarter went as many might have expected given the relative standings of the two sides, as United raced out to a 16-point quarter time advantage.

Cairns Taipans managed to win the second term in a high-scoring encounter, putting up 29 points to 26 to cut the deficit to 13 points. From there though, United took control once again, winning the third term 22-13 and opening up a 22-point lead at the final break, before finishing off the game well with a 24-21 last quarter to win, 101-76. The 25-point final margin was a result of the two dominant quarters in the first and third terms, and United never conceded the lead.

It was equally no surprise to see the “home” team win across nearly every statistic, with only the turnovers (15-10) and personal fouls (19-12) going more favourably towards the Taipans who also scored more points from turnovers (18-14). United were more efficient from the field wiht a 53 per cent efficiency across both their two and three-point shooting ranges, dropping 16 of 30 triple attempts in a massive long-range shooting display. They also won the rebounds (44-30), assists (23-10), blocks (8-3), points in the paint (38-26) and second chance points (13-10), whilst dominating thanks to their bench, collating 53 points off it to the Taipans’ 24.

United travel to Perth to take on the Wildcats on Friday, with a win against Perth, or a win against the out-of-sorts Adelaide 36ers on Sunday, able to lock up the minor premiership. Cairns finishes off its season with an away trip to New Zealand Breakers on Wednesday in a fairly quick turnaround for the Taipans.