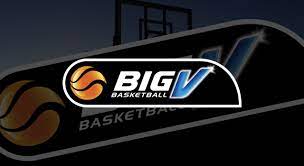 PAKENHAM Warriors have stunned top two side Bulleen Boomers by nine points in the Big V Championship Women’s grade to tip-off a huge weekend for the club. The Warriors are out of reach of the finals, but it did not stop them grabbing a huge scalp in the penultimate round, winning 83-74 against Bulleen on Saturday, before going on to roll the last placed Southern Peninsula Sharks by 25 points yesterday.

The Warriors came into the weekend with five wins to their name and ultimately only pride on the like sitting six wins behind Sunbury Jets in fourth, but it did not stop the Pakenham fans celebrating back-to-back wins. Bulleen had a win-loss record of 15-3, with the chance of upstaging Wyndham for top spot if the Boomers could not have any blemishes in the run home, but as it turned out, the Warriors would be a major blemish. Though the Boomers will still secure second, it will be comfort for the Warriors knowing they played the role of party pooper.

In the match, the Warriors were on from the get-go, piling on 29 points to 26 in a high scoring first term. It was somewhat of a mirage for the fans who might have expected it to be a real shootout, as the teams then went 18-14 in the second term, with the Warriors extending the lead out to seven by half-time. As expected the Boomers hit back to win the third term, albeit by a point with just 13-12 scored, before the Warriors steadied late, even after Bulleen close to within two points with two and a half minutes on the clock. Scoring 12 of the last 16 points, the Warriors recorded a memorable 83-74 victory.

Bulleen Boomers were uncharacteristically terrible with accuracy, shooting at a woeful 16.1 per cent from long-rang for the game, even though they did manage to get into the paint more often (40 points to 30). The Warrior were balanced with a 40.4 per cent efficiency from inside the arc, and 33.3 per cent out of it. Critically the home side never gave up the lead in the final term, as a dominant duo of Stephanie Pal and Haille Nickerson went to work with 26 points apiece. Pal shot at 64.7 per cent from the field, including four of five from downtown, and amassed seven rebounds and five assists. Nickerson also had the nine rebounds and six assists in an unstoppable combination.

It was remarkable the Boomers missed out on the points given the ridiculous performance of Louella Tomlinson who amassed a whopping 34 points, 22 rebounds, five assists, two steals and two blocks. Unfortunately for the visitors only Emily Malezos (13 points, two rebounds) and Tabitha Betson (nine points, nine rebounds) were able to impact on multiple fronts.

In Pakenham’s other game, Nickerson put up 25 points, six rebounds, three steals and two assists on her way to guide the Warriors to a 25-point victory over Southern Peninsula Sharks. Despite shockingly trailing by three points at half-time, the Warriors scored 57-29 in the second half to run away with the 85-60 victory. Both Shannon Patterson (13 points, 13 rebounds and Tarryn Wilkin (10 points, 10 rebounds) picked up double-doubles. For the Sharks, Fiona Darnell (13 points, 10 rebounds) and Jade Odom (16 points, seven rebounds and three assists) were the best.