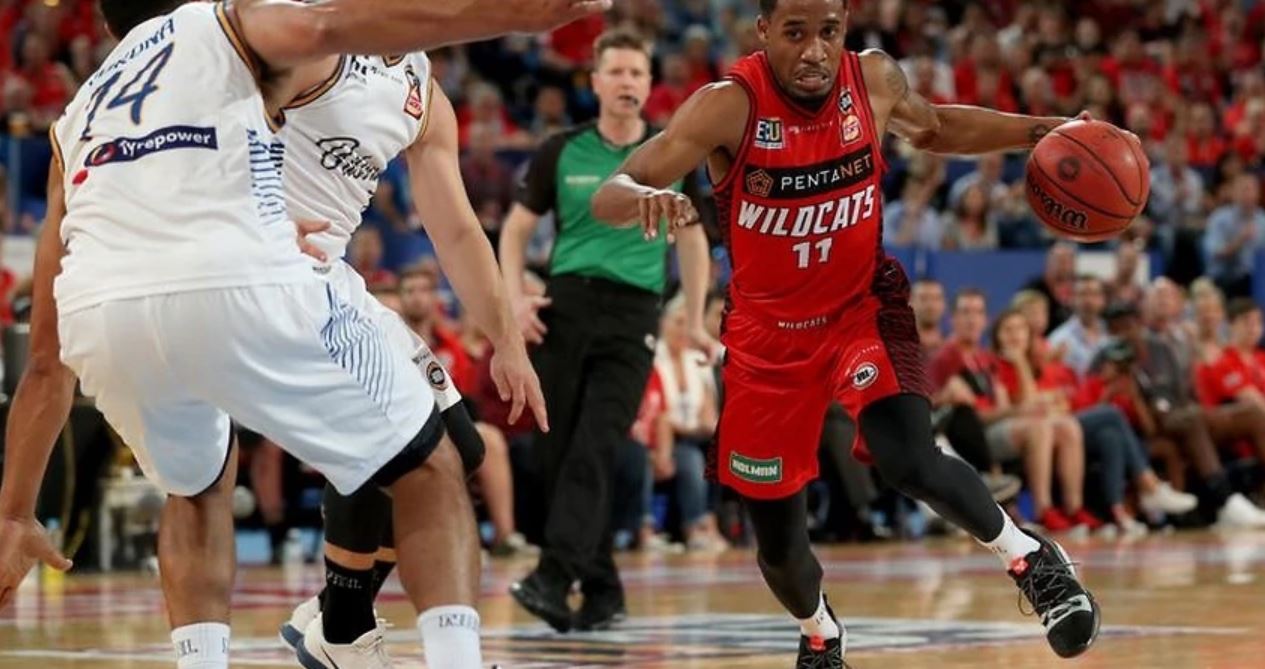 TWO buzzer-beaters in one weekend set the tone for one of the most action-packed rounds of National Basketball League (NBL) we have ever seen. Unfortunately for Brisbane fans, the Bullets were on the end of both of them, but for Perth fans, their reigning Most Valuable Player (MVP), Bryce Cotton is unbelievably reaching new heights after five rounds.

In a rematch from the 4OT thriller on opening night, the Hawks once again hosted Melbourne United hoping to emerge victorious in this encounter. The Hawks played fantastic basketball in the first half, shooting the ball extremely well and keeping United’s high-powered offence grounded. Leading for the majority of the game, the Hawks withstood a vicious rally from United in the final quarter to eventually win by six points, gaining revenge for their opening night loss and for their sake hopefully the start of a resurgence. The veteran, David Andersen came off the bench and provided a spark, scoring 18 points in just 18 minutes, as well as a strong performance from Brian Conklin. For Melbourne, its starters played well with four of five players scoring in double figures, led by Mitch McCarron and Casper Ware, but the minimal bench production would prove to be their downfall, especially considering the production Illawarra received from the second unit.

The Breakers coming off a disappointing outing against the Wildcats on their recent road trip, returned home to host the bottom of the table Taipans. Having won only two games to date, the Breakers were desperate for a win to get their season back on track and that’s exactly what they did. New Zealand got out to an early lead and increased their lead at each of the second and third quarters, resulting in a 23-point victory. Corey Webster caught fire from downtown, hitting five three-pointers on eight attempts, scoring a season-high 25 points. Patrick Richard also added his season high with 21 points off the bench, something that had been missing for the Breakers in their early season struggles. For the Taipans, the loss drops them to just one win from their first six games and puts them in a dangerous position, given the tough schedule that lies ahead. Melo Trimble remains a bright spark for the team but in order to start generating some victories, the team as a whole will need to start playing better.

In quite possibly the game of the season, the top of the table Wildcats took on the Bullets in front of a raucous home crowd. The game was tight throughout with plenty of drama down the stretch as the teams traded clutch buckets. After trailing for the majority of the fourth quarter, the Bullets finally tied the game with just under one minute remaining. From there, the offensive show took over as the two teams tried to put the game away. After Mika Vukona’s layup tied the game with 11 seconds remaining, the Wildcats went straight down the other end with a chance to win the game. Bryce Cotton was able to create one-on-one separation and made a ridiculous three-point shot to win the game, sending the crowd into a frenzy. The three-pointer capped off an unbelievable night for Cotton, who scored an NBL 2018/19 season-high 37 points in what was a terrific individual effort and offensive show. The Bullets were more reliant on a team performance, as they had six players scoring in double figures, led by Matthew Hodgson and Lamar Patterson with 13 points each. Despite the loss, the Bullets showed the rest of the league they can compete with the best and established themselves as a team to be reckoned with.

For the third time this season, the Kings and 36ers went to battle. Having won the first two games in the season series, the 36ers were hoping to continue their dominance in the rivalry and end their run of poor form. The Kings came out the gates, looking dominant on both ends of the floor, firing on all cylinders on offence and shutting the 36ers’ offence down. The Kings were able to maintain their strong play all afternoon as they ran out 12-point winners and ended their long losing streak against Adelaide in the process. Jerome Randle (23 points), Brad Newley (26 points) and Kevin Lisch (20 points) all starred for Sydney, while Andrew Bogut was his usual self as a defensive anchor. Harry Froling continued the trend of bench players dominating in Round 5, scoring 23 points alongside six rebounds in his limited action. The win moves the Kings into third place as their resurgent season continues, whereas for the 36ers, they lose for the sixth time in nine games, showing no signs of the teams that was one win away from a championship just six short months ago.

Off a disappointing loss earlier in the round to the Hawks, Melbourne United hosted the Taipans who were still in desperate need of a victory. The Taipans were looking to have put together their best effort of the season, winning each of the first three quarters and building a five-point lead heading into the final term. The victory however wasn’t meant to be, as United’s experience and talent shone through in the fourth quarter as they ran over the top of Cairns, winning by seven points. In the same week as Bryce Cotton’s explosive game, Casper Ware was determined to put together an impressive performance of his own, scoring his season-high 34 points on 57 per cent from the field. Eight of those points came in the fourth quarter, including a huge layup to give United the lead with under a minute to go. The Taipans’ role players did indeed step up to support Melo Trimble who had another solid outing. Nathan Jawai’s double-double of 17 points and 10 rebounds was huge, as well as Devon Hall’s 12 points off the bench.

Fresh off their big win against Melbourne United, the Hawks looked to add another big scalp when they took on the league-leading Perth Wildcats in their second home game of the week. First quarters had been a key for the Wildcats coming in, and this game was no different with them outscoring the Hawks 36-21. Bryce Cotton scored nine of his 18 points in the first quarter, with the Hawks largely being able to slow him down after that. The Hawks slowly cut into the lead throughout the game, trimming the margin to as low as six points in the fourth quarter, but Perth held strong and took the nine-point win. Clint Steindl and Jesse Wagstaff combined for 33 off the bench, while Bryce Cotton and Nicholas Kay combined for 36. The Hawks had strong games from Cedric Jackson and Todd Blanchfield as the two combined for 32.

The Breakers came in off a big victory over the Taipans full of confidence, while the Bullets were hoping to bounce back from the heartbreaking loss against the Wildcats at the buzzer. The Breakers held a 15-point lead at the half and looked on track to an easy victory before a horrible third quarter allowed the Bullets to creep back int the game and cut the deficit to just one heading into the final term. For the second straight game, the Bullets were involved in a contest that would come down to the final moments. Both teams traded clutch shots once again. Adam Gibson’s two free throws with just 14 seconds remaining gave the Bullets a one-point lead, only for the Breakers to advance the ball into the front court, where Tom Abercrombie’s jumper from the top of the key gave the Breakers a one-point victory and heartbreak for the Bullets once again. Adam Gibson had plenty of big plays within his 17 points, however it wasn’t enough. Patrick Richard produced his second consecutive strong game off the bench, matching his total of 21 against the Taipans and leading the Breakers to a big win.