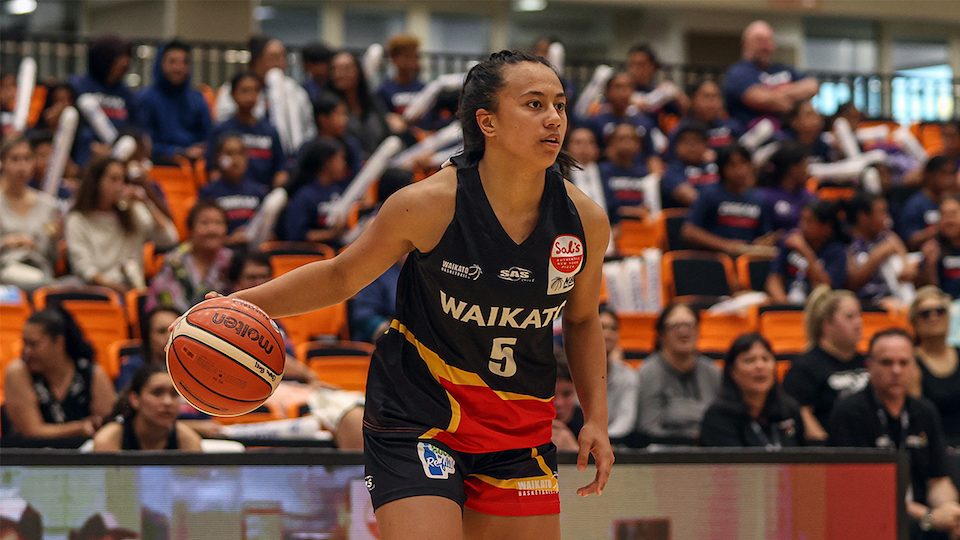 WAIKATO Wizards regrouped from a poor second quarter to completely turn around the game in the third and record a remarkable eight-point win over Otago Gold Rush in last night’s New Zealand National Basketball League (NZNBL) 18IN18 match. The Wizards conceded 27 points in a high-scoring second term to fall behind by six at half-time, before restricting their opponents to just five – the lowest conceded in the season – to regain control by four and win 63-55.

Having had plenty of time to regroup after an opening night loss to Auckland Dream, the Wizards did not waste any time with Alyssa Hirawani hitting a triple in the opening 10 seconds of the match to state her team’s intent. It took almost two minutes for the Gold Rush to reply with Zoe Richards getting to the basket with a layup. Te Araroa Sopoaga quickly followed and the Gold Rush were in front.

In what became a six-minute drought between their first and second baskets, Kayla Manuirirangi finally hit a jump shot, and when Esra McGoldrick scored back-to-back layups, all of a sudden the Wizards had a 6-0 run and were three points up. Sharing the points around with Natasha Lenden and Alana Paewai also scoring, the margin did get out to five points with 56 seconds left, before Fayreen Fualau hit a jump shot for the Gold Rush to cut the quarter time deficit to just three.

The second term built on the Gold Rush’s momentum, scoring the first eight points of the quarter to make it 10 consecutive points overall, including four from the hand of Lisa Wallbutton. The lead had stretched out to five before Paewai hit a two-point jumper two-and-a-half minutes into the quarter to break the Wizards drought, and then a second triple from Hirawani levelled the match not long after.

A third long-range make from Paewai had the Wizards up by three, then the Gold Rush made their move with Tara Clement nailing a long-range attempt of her own, then following up with a layup 30 seconds later. The teams were able to stay relatively close through the midpoint of the quarter, and five consecutive points from the Wizards with two minutes on the clock tied the scores yet again. The Gold Rush would have the last laugh though, adding 10 of the last 12 points for the half, with Wallbutton and Richards both adding three points each to hold a 37-31 lead at the main break.

Hirawani was proving to be a handful for the Gold Rush defence and she was first on the board a minute into the second half. Hayley Gray responded, but the Wizards again cut the deficit back to four after a Manuirirangi jump shot. Not allowing the deficit to grow more than five points, the Wizards finally managed back-to-back points from McGoldrick and Matangiroa Flavell to draw within a point with four-and-a-half minutes on the clock.

When Clement hit a layup for the Gold Rush to retake the lead after a brief stint with the Wizards in front, it would be the last score of the term for Otago, making just five for the entire quarter. Flavell would put her side back in front, and then the Wizards added the last five points of the quarter to lead 46-42 at the final change.

After such a low-scoring term, the Gold Rush came out hard with Wallbutton hitting her first jump shot attempt of the quarter to draw within two points, and the teams began trading baskets with the Wizards holding a narrow lead. Through the midpoint of the term, Makayla Daysh added three points and Manuirirangi another two, and the lead was out to seven. Back-to-back free throws by Savanna Handevidt for the Gold Rush gave them some hope, but Flavell’s long-range three just expanded the lead to eight with under six minutes left.

Handevidt came hard with a couple of makes in the last five minutes to get her team within four points, but Daysh was again busy, having a big quarter. Richards popped up again to get the Gold Rush within four, and then a series of misses from both sides resulted in the time ticking down. Deliberate fouling to save time cost the Gold Rush as Flavell and Manuirirangi made no mistake from the line, to end the game at 63-55.

Both teams shot at 36 per cent from the field, with the Wizards hitting three more triples (6-3), which made up for a lack of rebounds. The Gold Rush dominated that statistic with 51-35, whilst also winning the assists (16-13) and second chance points (8-3). The massive difference was the Gold Rush’s excessive turnovers with double the amount (24-12), and the Wizards also had more steals (12-8) and blocks (6-2).

The Wizards will look to make it two in a row tonight when they face the winless Canterbury Wildcats, while the Gold Rush will hope to get on the board on Saturday when they take on Capital Swish.