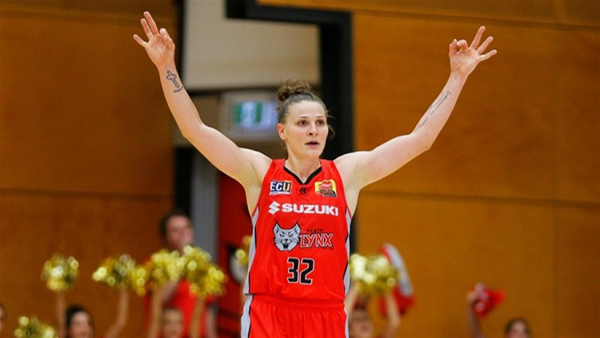 A PERTH Lynx talent heads east, and some college young guns return to their home states to bolster the Women’s National Basketball League (WNBL) with the Free Agency Period continuing over the past week where we update you since the last update. Of the eight teams, seven made changes with only reigning premiers, University of Canberra (UC) Capitals not featuring due to having done a lot of the heavy lifting (re-signing) early in the period.

The Lightning have been able to sign Jasmin Fejo and Taylor Ortlepp over the past weeks to add to their roster for the 2020/21 WNBL season. Fejo had a strong season in the South Australian Premier League competition for West Adelaide in 2019, averaging 16.2 points, 2.5 assists, 5.1 rebounds and 2.4 steals for the Bearcats. Ortlepp is one to watch for the Lightning ahead of the season having finished her college days at Boston where she averaged 20.1 minutes and 3.7 points per game after missing 10 games at the start of the season. She returns back to her home state where she grew up.

The Spirit have looked to their own program to pick up promising young star Piper Dunlop from the Melbourne United Victorian Junior Basketball League (MUVJBL) side, Bendigo Braves. A developing future Opals star who has already gone through the national team program in her junior years. Last year the forward stepped up to represent the Braves off the bench on two occasions in the NBL1, scoring a total of four points and two rebounds in that time. She is one who can provide good support off the bench, and over the years really start to get more minutes on court.

The Boomers recent Free Agency moves have involved re-signing New Zealand duo, Kalani Purcell and Antonia Farnworth. The 187cm forward came off the bench in 23 games last season, averaging 4.4 points, 4.5 rebounds, 2.1 assists and 1.5 steals last season in the WNBL for the Boomers. Farnworth crossed the country from Perth Lynx ahead of last season and while she had less game time to average 2.6 points and 1.5 rebounds for the Boomers, her field goal accuracy went up. She will be hoping for more court time in the guard spots.

Perth has re-signed some height with 191cm forward-center Maddison Allen returning to the club for the 2020/21 WNBL season. After only starting in one game in the 2018/19 season with the Lynx, that number rose to 16 last season, and playing a total of 21, lifting her numbers per game across the board. She averaged the 4.4 points, 5.2 rebounds, 1.2 assists and 1.8 blocks per game.

The biggest re-signing of the past week has been Southside’s ability to bring back Rebecca Cole for another year. Having signed with the Flyers after previously playing with Dandenong Rangers, she averaged 16.8 points, 3.7 rebounds, 3.9 assists and 1.4 steals per game in season 2019/20. Cole is a vital member of the starting side for the Flyers, shooting at an strong 49 per cent from the field, and 36 per cent from long range.

The only signing who crossed from one WNBL side to another in the past week has been Alison Schwagmeyer who crossed the country from Perth Lynx to the Flames. The Sixth Player of the Year has plenty of experience and nous coming off the bench for the Lynx and will add that to the improving Flames. The American came off the bench on nine occasions – starting another nine games – to average 15.3 points, 5.6 rebounds and 1.9 assists per game, an increase in both points and rebounds despite having less time on court. She is a valuable member of any team and will add an extra element to the Flames this season.

The Fire signed Courtney Woods from the Northern Illinois University (NIU) Huskies in what could be a massive signing for Townsville. Another college talent who returns to her home state of Queensland, Woods broke some serious records at NIU, becoming the All-Time Leader in three pointers made and games played, as well as second all-time at NIU for overall points scored. She made 105 three-pointers in a season to break that season record as well for NIU, so comes back to Australia with some serious talent to burn. To put her 2019/20 college year in perspective, she put up numbers of 22.1 points, 7.9 rebounds and 3.3 assists. If she can live up to her potential, Woods would have a huge shot at being one of the rising stars of the competition.