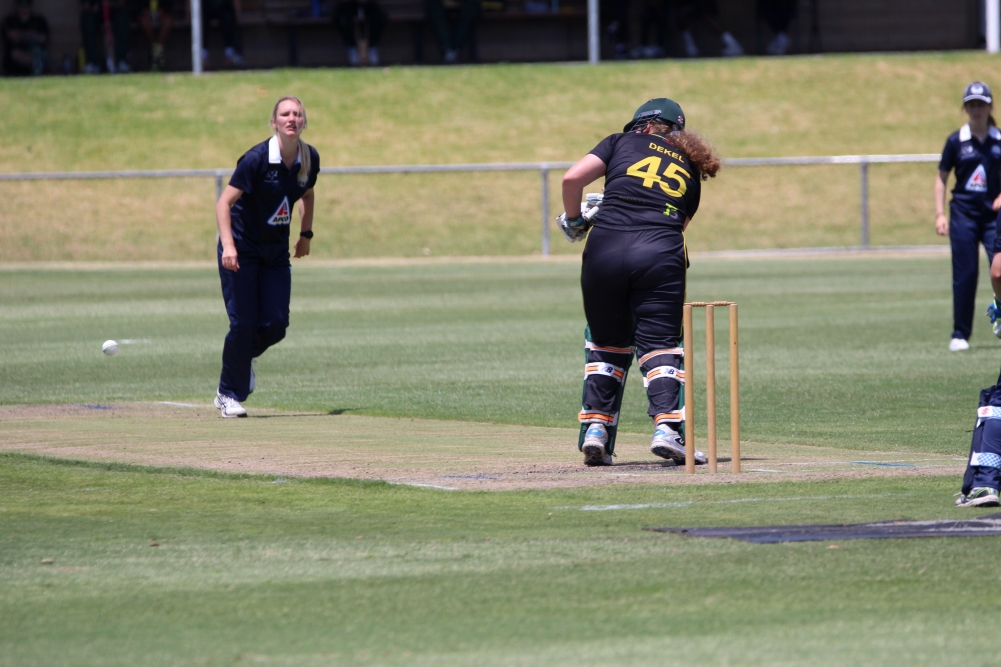 WITH the Christmas/New Year break over and done, it was back to work for Victoria’s Premier Cricket teams.

Now this week’s seconds and thirds wrap is going to look a little different. Because of the effects of Covid on the entire competition, the entire 3rd XI competition was called off last weekend.

Last weekend in the 2nds competition it was Plenty Valley who had the bye.

Prahran batted first, and its innings got off to a bit of disaster when they lost Ava Bennett early to find themselves at 1/6. Although the True Blues kept losing wickets at a fairly regular pace, they were still ticking the scoreboard over and putting plenty of runs on the board.

They ultimately finished at 8/198 off their 45 overs. Madeleine Sterling top scored for the True Blues with 37, while Zoe Quinsey-Munro made 32 and Lauren Innes made 26.

For the Bombers, Madeline Jones and Holly Nagpal were the top wicket takers with two each. Aarzu Mavi, Mandeep Kaur, Hannah Brne and Amelia Sevior all took one each.

In reply, EMP’s innings got off to a disastrous start when they lost its first wicket before making a run. The Bombers kept losing wickets regularly, much like Prahran did, but they also kept the runs coming. They almost reached the target too, but fell just short. EMP ultimately finished on 9/184 off their 45 overs.

Emma Wheeler was the top scorer for the Bombers with 54, while Nagpal was second top scorer with 32.

Zoe Quinsey-Munro was the star with the ball for Prahran with 3/22 off nine overs. Bennett, Ava Evans, Samantha Arscott and Anna Quinsey-Munro all took one wicket each.

Dandenong batted first, and lost its first few wickets without making a more than 30-odd-run partnerships. The Panthers then started to put together bigger partnerships in the middle part of the innings, but then they kept losing wickets and having small partnerships. In the end, they were bowled out for 180.

Keely Pace and Jemma Reynolds top scored for Dandenong with 40 runs each.

For the Rams, Debra Loughnan and Breannan Harris took three wickets each, while Stella de Roos took two wickets and Rosie Sykes and Keely Miutescu each took one.

In the chase, Ringwood made a decent enough start with a 48 run opening stance, but then the Rams lost two wickets for only one run so they had to reset. They just kept losing too many wickets too quickly and in the end were bowled out for 147. Opener Alexandra Sheedy top scored with 65, but only two other batters made a double figure score.

For the Panthers, Thivyaa Mahendran took 4/26 off 7.1 overs. Thenushi Perera took three wickets, while Nilakshi Perera and Jessica Caron each took one.

Carlton batted first, and things did not get off to a great start when the Blues lost their first wicket with only three runs on the board. They recovered to put some better partnerships on the board, but just kept losing too many wickets. They were almost bowled out but ultimately finished on 9/159 off their 45 overs.

For Carlton Hannah Flood top scored with 31, while Honey Raut made 28.

Chelsea Wemyss took two wickets for the Dees, while five other bowlers each took one wicket.

In reply, Melbourne were in trouble early, finding themselves at 2/14. But then, they kicked in to gear and the runs started flowing. Amelie O’Meara and Indigo Noble put on a 127-run partnership to really put the game back on the Dees terms. In the end they cruised to the total only four wickets down and with eight overs to go. It was O’Meara who top scored with 80, while Noble was the next highest with 24.

Not only was she the top runs scorer but Flood was also Carlton’s top wicket taker, taking three wickets. Rachel Harris was the other wicket taker for the Blues.

Box Hill batted first, and although no one put a super high total together the Mustangs still collectively put an impressive 6/192 on the board. The fact that extras outscored them all on 59 would have certainly helped.

Pennie Harrison top scored with 35 for the Mustangs, while Katherine Dekel finished on 25. For Geelong four different bowlers each picked up one wicket, but it was Renee Cox who was the leading wicket taker with two.

In reply, Box Hill were easily able to defend the target, with Geelong not getting anywhere near it. They were bowled out for 122 with just under seven overs to go. Chloe McKenzie top scored for the Cats with 23, while Zoe Dixon and Chantal Mason both made 20.

For Box Hill, Emma Stilve was a star with the ball with 4/16 off 7.2 overs. Tanya Arul took two wickets, while Sarah McNulty and Lily Parker took one each.

U17s Dowling Shield to kick off this weekend 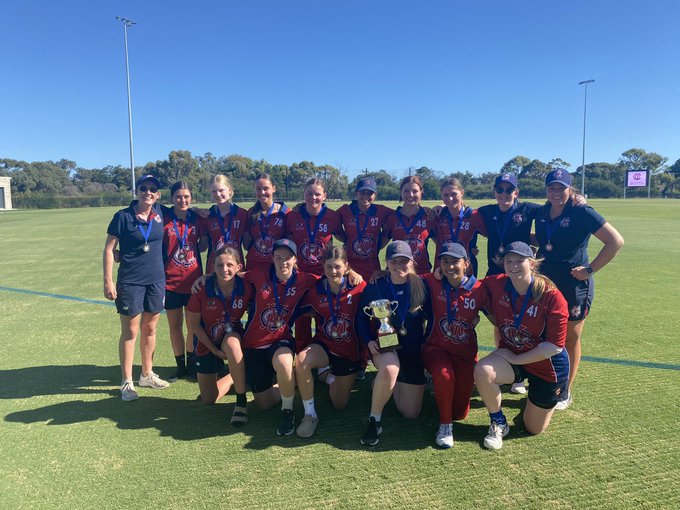 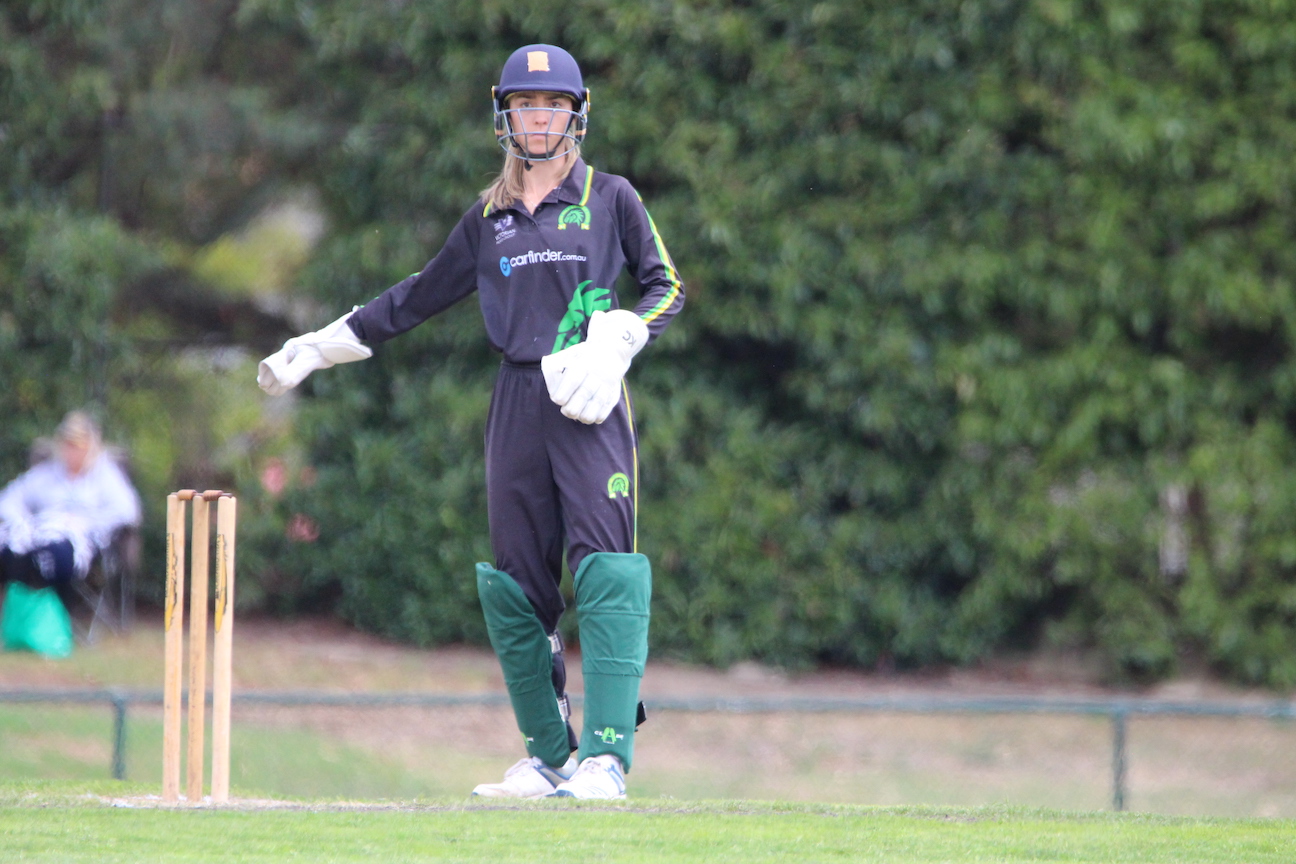 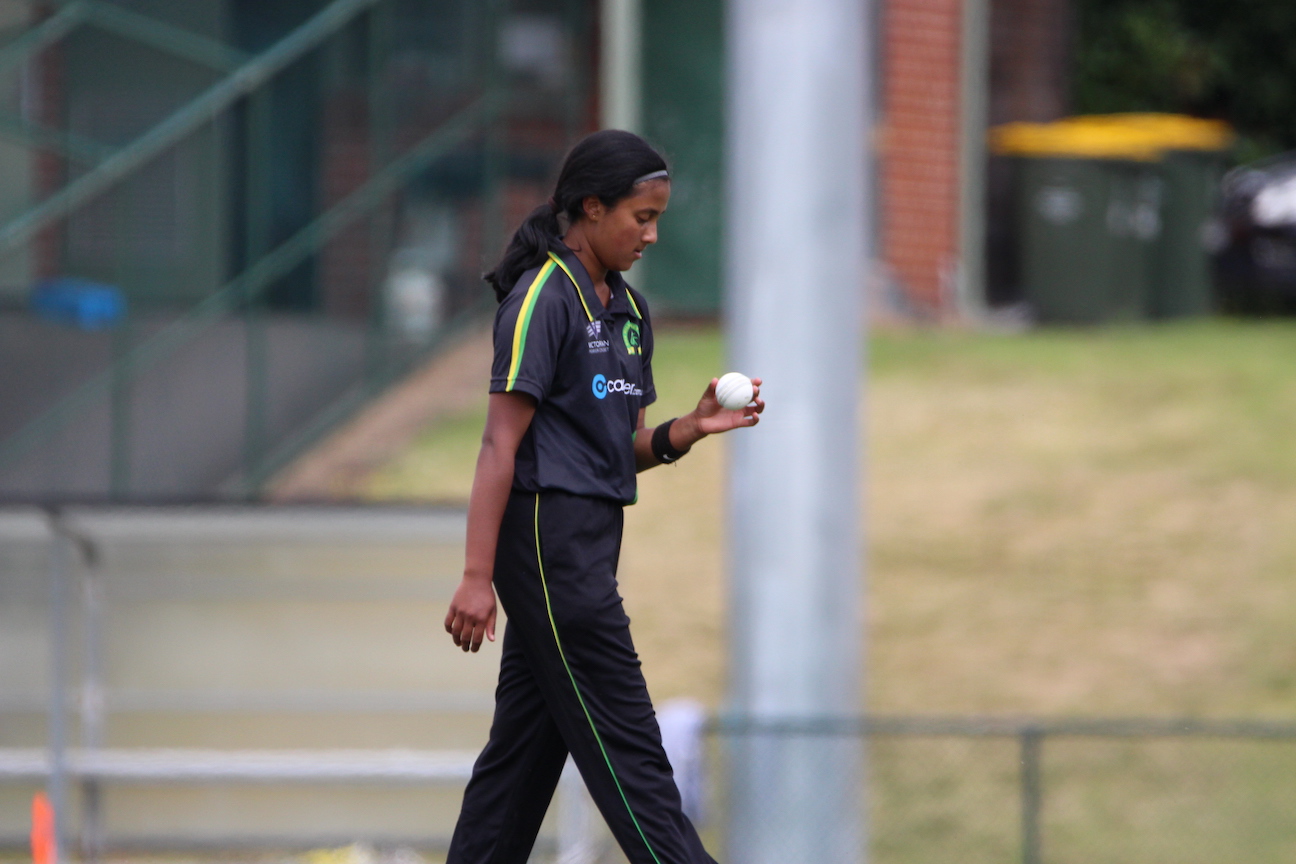 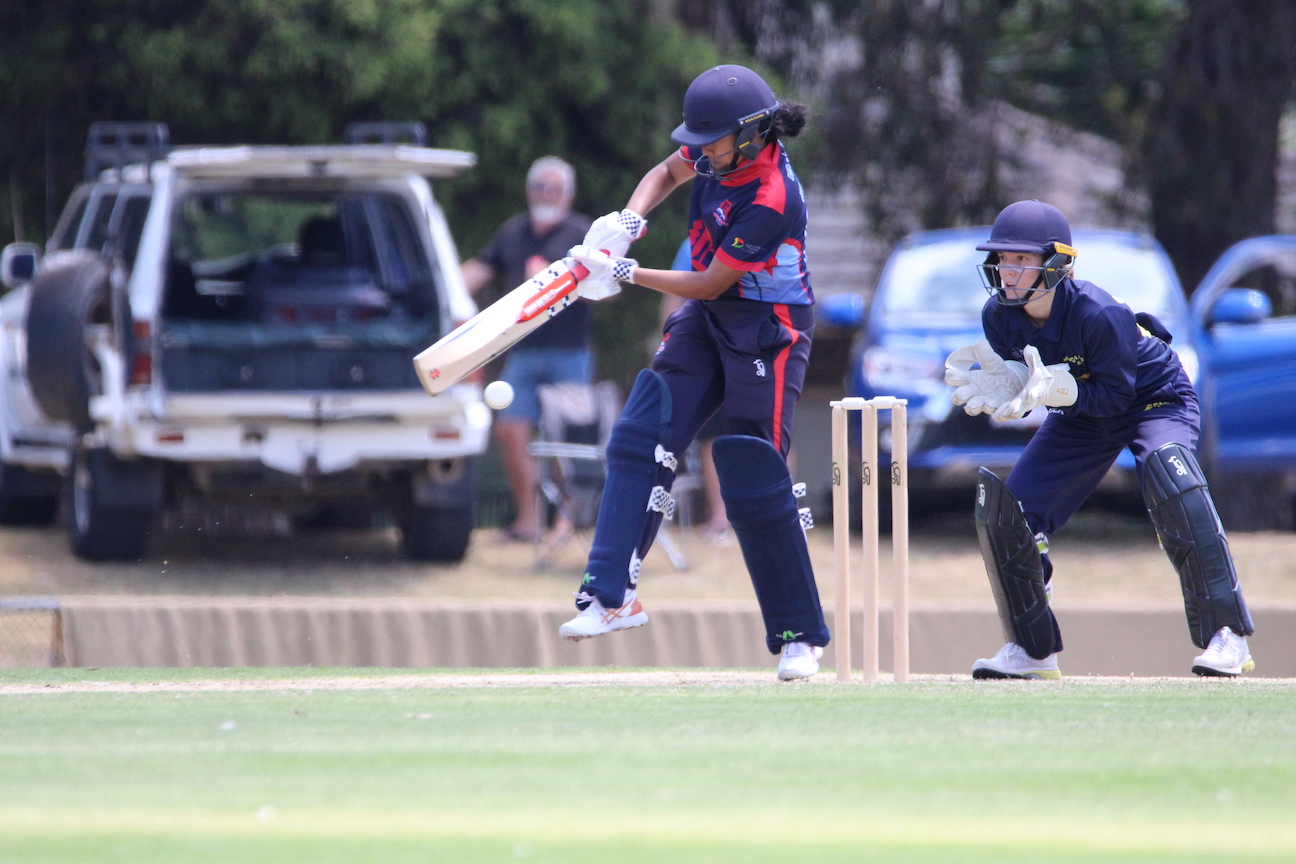 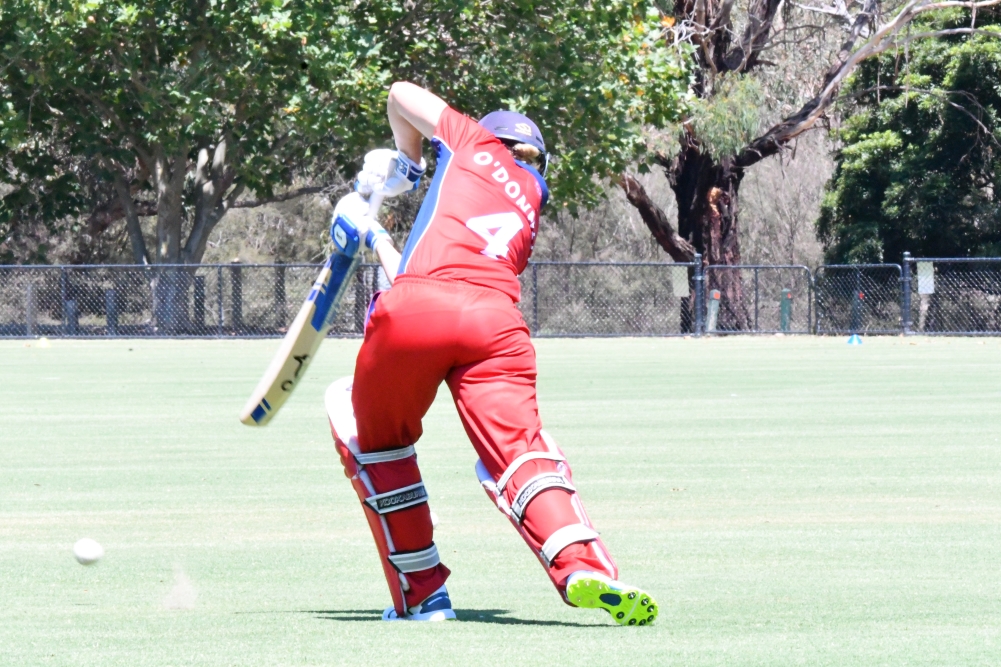 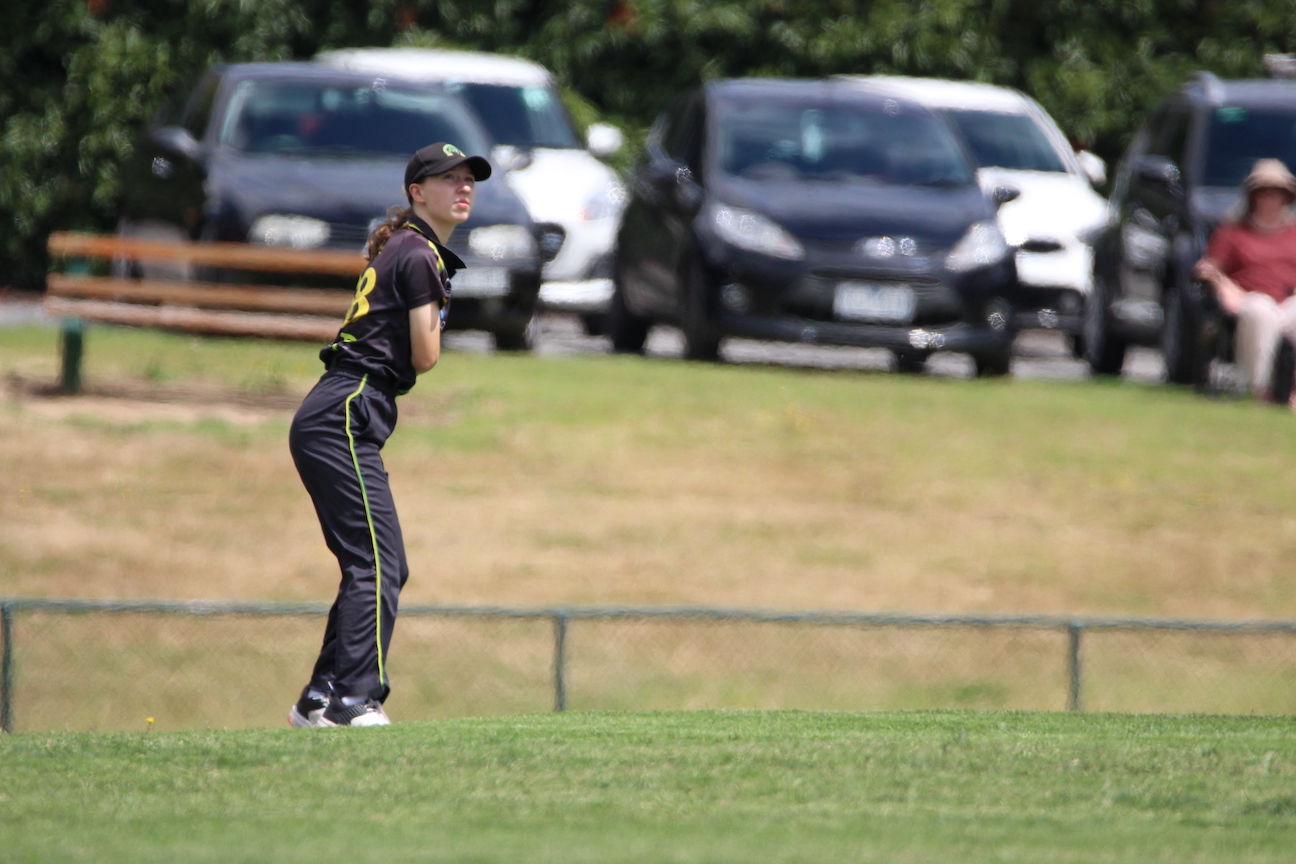