Can Carlton cause the ultimate upset in the Women’s 1sts Grand Final? 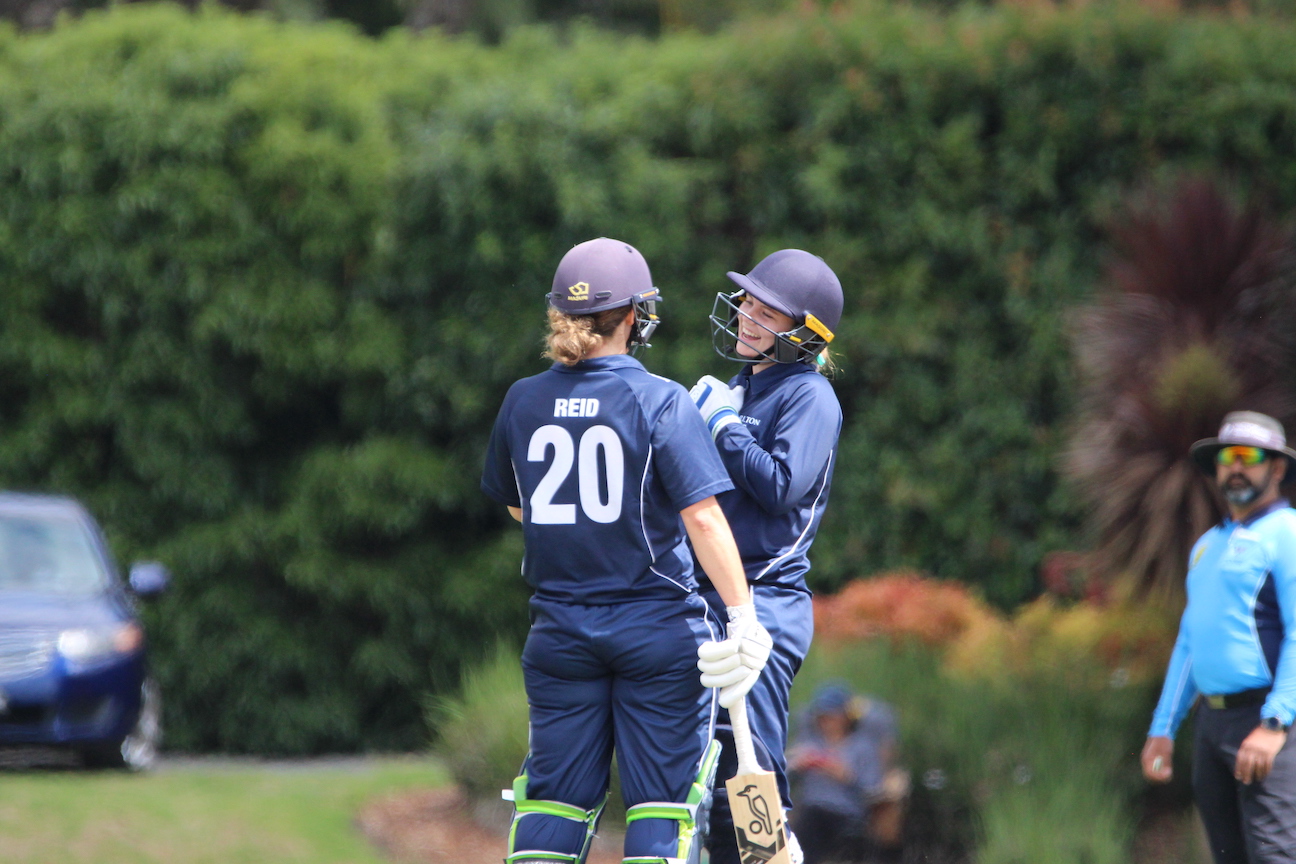 This weekend is the big dance of the 2021/22 Victorian Women’s Premier Firsts competition. The decider will see Melbourne play Carlton, in what is sure to be an entertaining clash. In part two of our Grand Final Preview, we take a look at Carlton.

Carlton may cause a bit of its own history this weekend.

Before this season, not only had Carlton never made a Women’s 1sts Grand Final before, the Blues had never ever made a finals series in the First XI competition, so if they are able to win this weekend it would be quite the achievement.

They have had a stellar season. They comfortably finished second on the table, and were easily one of the most consistent and competitive teams all year.

Coming into this weekend’s match, Carlton skipper Adelaide Campion said her team is full of excitement.

“The playing group is filled with pure excitement,” she said. “You head down to Princess Park this week and you can feel it’s finals week. “We have a very competitive group of players who just want to buy into every contest and are just ecstatic to get out on the field on Sunday and show the competition the quality of our Blues side.”

Campion said that it was still a crazy feeling that her side had even made the Grand Final.

“It’s a pretty crazy time and it’s all happened so quickly a lot of us haven’t had a chance to stop and remember how special this moment is. Some people go their whole career never playing finals. We have never played a Premier 1’s final let alone a grand final and so it’s something the group is really embracing and enjoying the energy around the finals week. Players have been surprisingly quite calm and purely filled with excitement, pride and ready to get to the big dance and compete and engage in that contest!”

Coming into the season, Campion said Carlton’s goal was definitely to make finals.

“Coming into the season we knew that we had the players, coaches and team attributes to make it into the finals series and we belong in that top two,” she said. “As a playing group we have had many conversations about matching up to the best teams in the competition and had a real goal to make finals and push the top teams in the finals series. “As a club the goals we set are to do with all three sides in the finals series, which we just missed out on however we had a fantastic club season.”

In Campion’s eyes, a few additions plus the culture is the secret behind their success this year.

We’ve had a few changes this season including some amazing senior recruits in Maryam Omar and Sophie Reid along with Aaron Ayre and Stuart Clark to the coaching group,” she said. “They have added so much to our group both on and off the field and filled a void we’ve previously had with minimal senior players and experience. “We’ve also since day one of this club starting have tried to build a very strong culture that is the ‘Blues Family’.

“I go away with this group most weekends and genuinely love their company and you can feel that around the group which I believe is the most underrated team attribute in all sport. “We genuinely want each other to all succeed, we work hard for each other and we try provide all players with a space to succeed and enjoy their cricket in.”

Campion praised openers Reid and Cailin Green and their importance this season.

“Sophie Reid and Cailin Green have been exceptional all season,” Campion said. “They are true competitors who love batting with each other and love competing together. “They compliment each other really well with a left hand, right hand combination, match up really well to different bowlers and access different parts of the ground. “So to have these two hard working and passionate batters at the top of our order is fantastic, they both deserve every bit of success that comes their way.

“I do believe that both players will play a huge role on the weekend, however it’s not just with the bat but the confidence they instil in the playing group and behind the stumps and with the ball. “As much as these two players are key in our success we’ve had fantastic performances all around the group and know the depth we provide with our teams line up.”

Although she said that they will take some learning from matches earlier in the season, it’s more about the here and now for Campion ahead of Sunday when it comes to trying to beat Melbourne.

“Melbourne have had a fantastic season and have set the standards throughout the year,” she said. “We will definitely be taking away learnings from our previous encounters with Melbourne and have analysed some real key match ups against their top batters. “We have also had a lot more close last over finishes where we have prevailed in throughout the season, so I believe this will put us in really good stead on Sunday when pressure is applied.

“We have found that throughout the season spinners have had a huge role and as much as top order batters are key in this game, I believe if our spin bowlers can fire above their top end spinners then we put ourselves in the box seat. “We know that if we all play our role on Sunday we well and truly have the team to take home the cup on Sunday. “Overall come finals day, it doesn’t matter what has happened previously, it is all about the present. It’s going the be a fantastic game played with two quality sides who have proven why they deserve to be there.”

Will Carlton be able to pull off the upset of the year and take home their first women’s firsts title? Find out at the 2021/22 Women’s Premier Firsts Grand Final will take place this Sunday at the Albert Ground, St Kilda. Match starts at 10:30am.

AFTER 56 regular season games and four postseason bouts, only two teams remain in the hunt for the BBL|12 title. On Saturday at Perth Stadium, reigning champions the Perth Scorchers will look to secure an unprecedented fifth crown, but will have to quell this season’s ultimate underdog, the Brisbane Heat. We run you through all […]

AFTER 56 regular season games and in the midst of an intriguing finals series, the BBL|12 Team of the Tournament has been announced. Coaches from all eight BBL clubs cast their votes on the 12-man squad, which is skippered by Aaron Finch and features Player of the Tournament Matt Short. The latter, along with Steve […]

FOR the first time in three years, Australia’s best male and female cricketers convened for their annual awards ceremony last night. Held at the Randwick Racecourse in Sydney, honours were handed out across all International formats, to go with domestic recognition, and the coveted Allan Border Medal and Belinda Clark Award. >> SCROLL for the […]