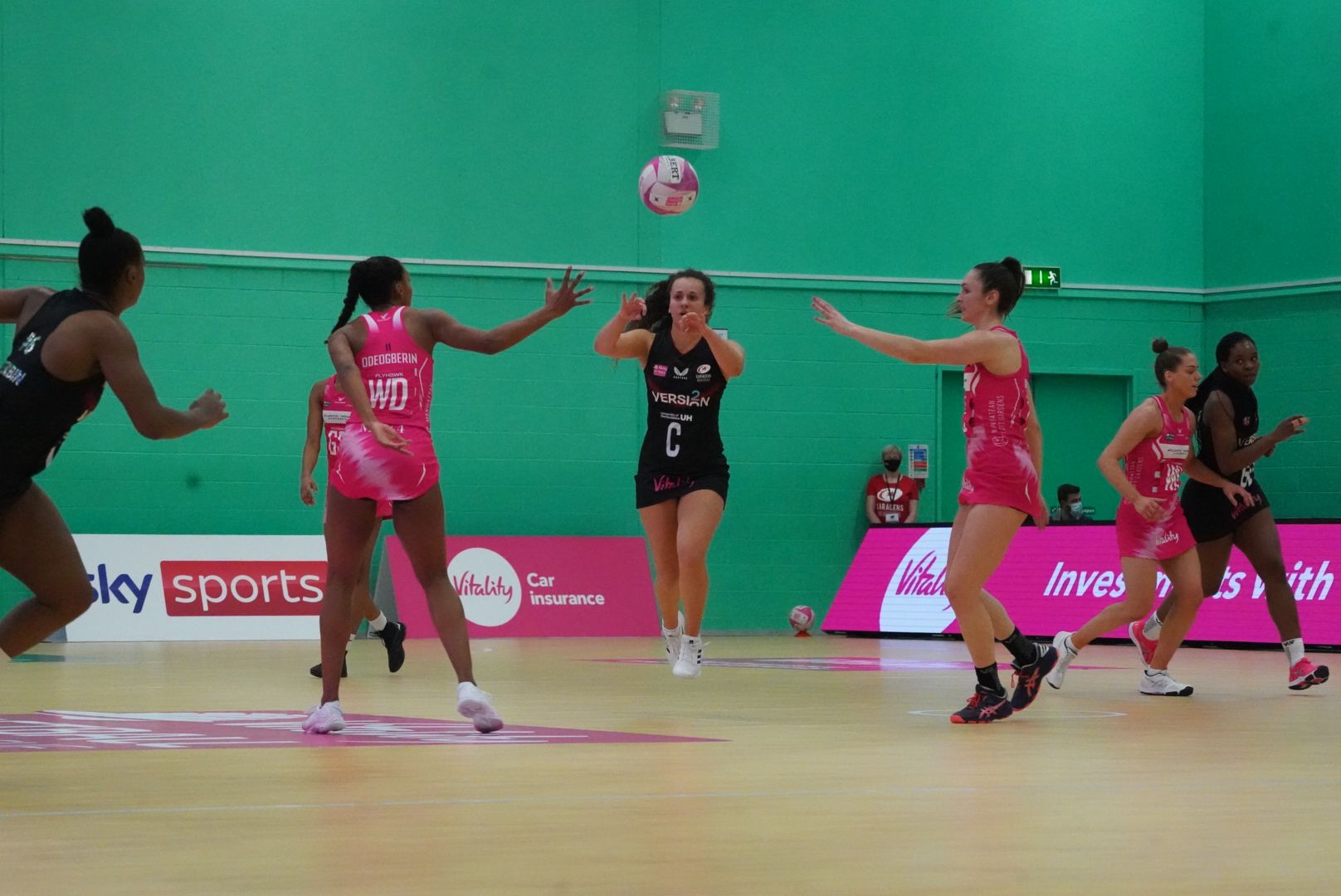 IT was quite the memorable first day of Vitality Netball Superleague (VNSL) for Round 3, as Saracens Mavericks and Leeds Rhinos both came away with two-goal wins. The Mavericks defeated London Pulse 53-51, whilst the Rhinos toppled the Strathclyde Sirens. Here are how the two games went down. Three more VNSL matches take place overnight, […]

AUSTRALIA has set up a Quad Series final with England after taking out South Africa in the second round robin match at the Copper Box Arena. The Diamond won each of the four quarters, piling on 60 goals to 40, with a particularly dominant second half, where they added 33 goals to 17. In the […]

CROSS-code star Ash Brazill has shone as brightly as the Diamonds during their 14-goal win over the Silver Ferns at the 2022 Quad Series. The reigning Quad Series champions started off on the perfect note with 47 goals to 29 in the opening three quarters before winning 53-39. Brazill won Player of the Match, whilst […]