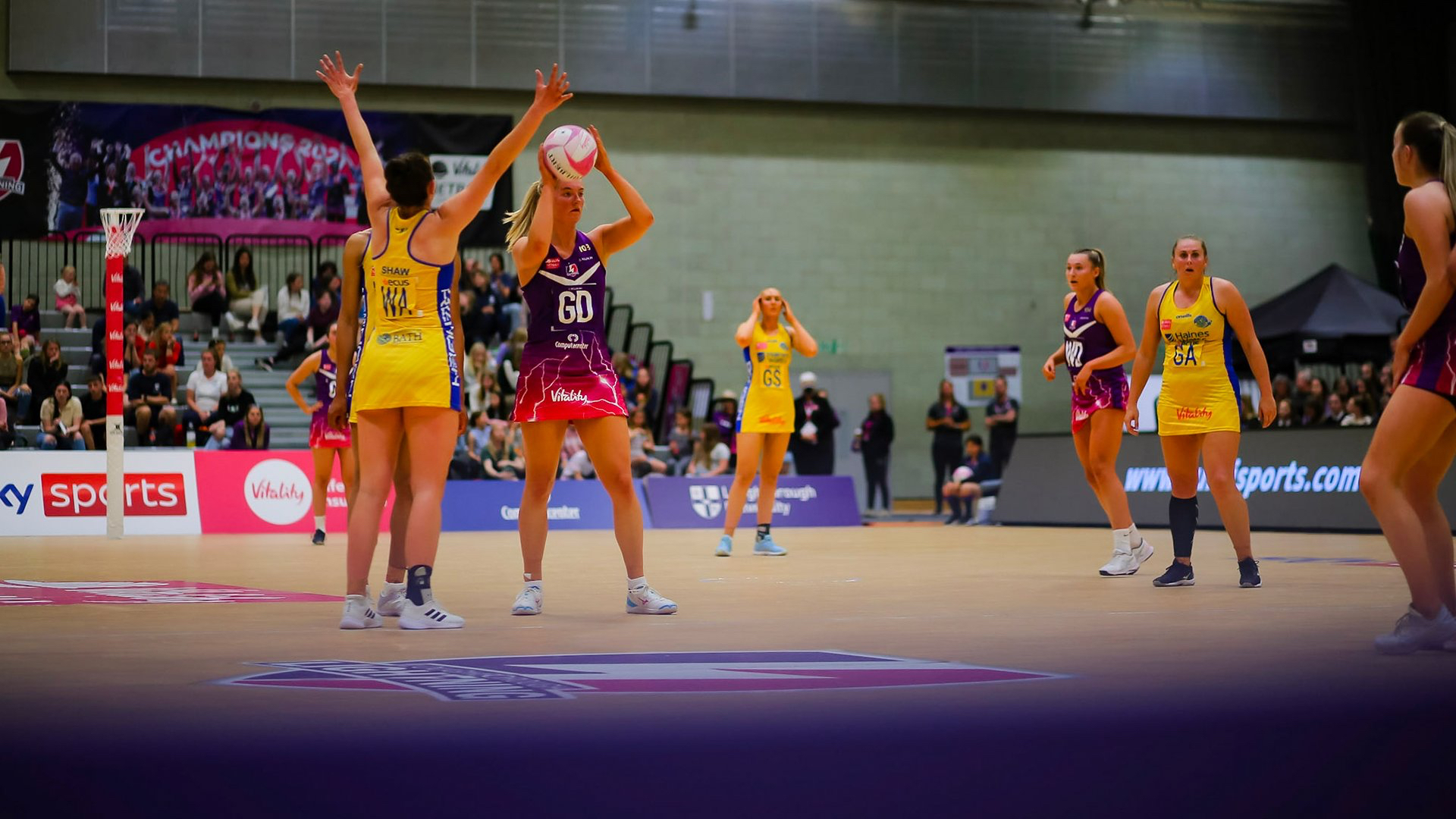 WRAPPING up Round 17 of the Vitality Netball Superleague (VNSL) action, Wasps Netball defeated Celtic Dragons by a solitary goal. Aside fromManchester Thunder thrashing Leeds Rhinos on Sunday, all other games across Round 17 were decided by seven goals or less, and the other Monday night game was the same, with Loughborough Lightning defeating Team Bath by six goals in front of a home crowd.

Loughborough Lightning has produced a stunning third term to come over the top of Team Bath and run out winners by six goals at Sir David Wallace Arena. The Lightning trailed by two goals at quarter time, before drawing level at the main break. They stepped it up in the third stanza, setting the tone to take a six-goal lead into the final break. The Lightning broke even with Bath in the last term, holding onto the advantage they had, and securing the 52-46 victory.

Emma Thacker was a standout coming in at goal attack for the Lightning, putting up 28 goals from 34 attempts, delivering three feeds and recording two intercepts and two turnovers in the win. Ella Clark paired well with Thacker, scoring 24 goals from 30 attempts herself, whilst pulling down two rebounds. Fran Williams (two deflections, one intercept, one rebound and three turnovers) was also strong for the Lightning up the other end. For Team Bath, Layla Guscoth (five intercepts, four deflections, two rebounds and eight turnovers) was outstanding, teaming well with Phumza Maweni (three rebounds, one intercept, one deflection and five turnovers), whilst Imogen Allison (two intercepts, three deflections, three turnovers and eight feeds) stood up in centre.

Meanwhile the other match went down to a thriller. After a victory two days earlier against Severn Stars, Celtic Dragons fell short of another win, going down to Wasps Netball by a goal. Playing in front of a home crowd, the Dragons fell three goals down at the first break, but had levelled the scores over the next two teams to head into the last quarter with 35 goals apiece. It was the Wasps that ended up in front when the final siren sounded though, winning 46-45.

Loughborough Lightning next play on Saturday, taking on Wasps Netball on Saturday, whilst Team Bath have the extended break before locking horns with Celtic Dragons on Monday. 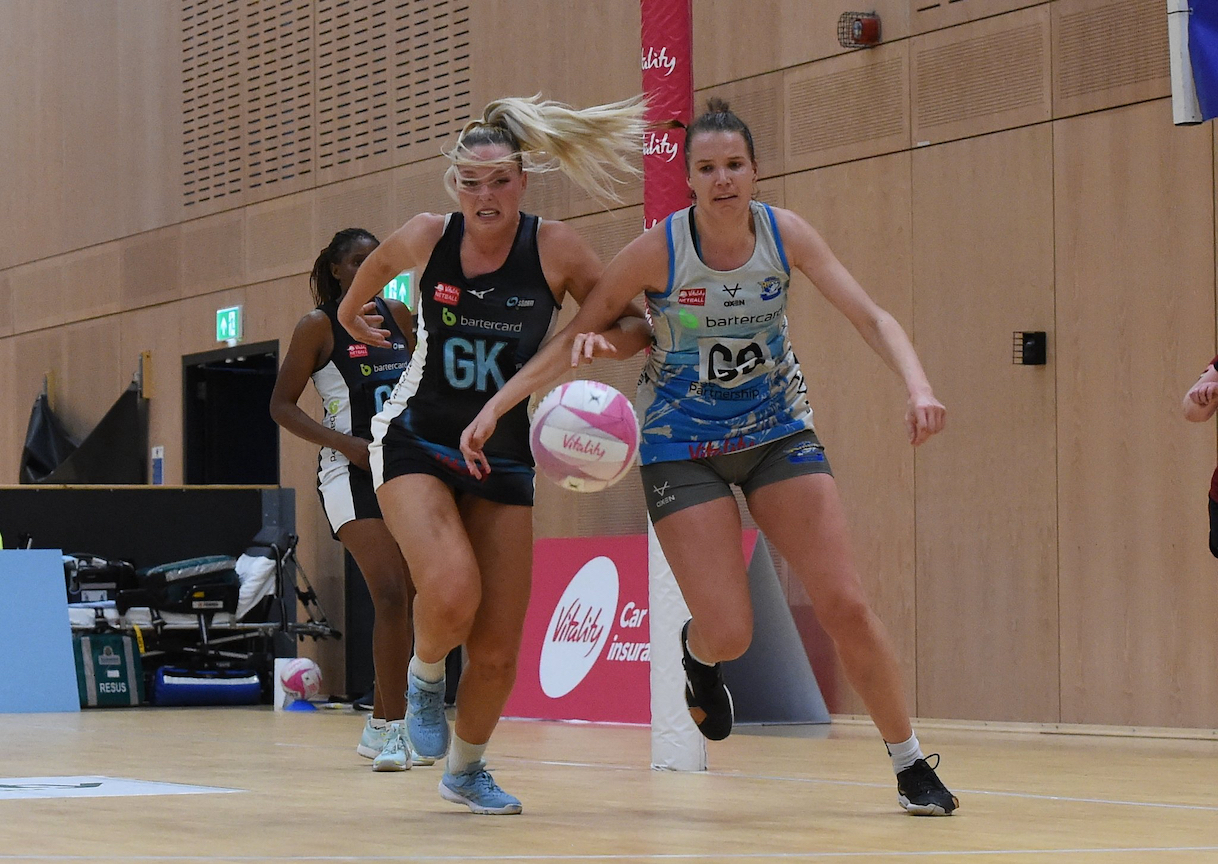 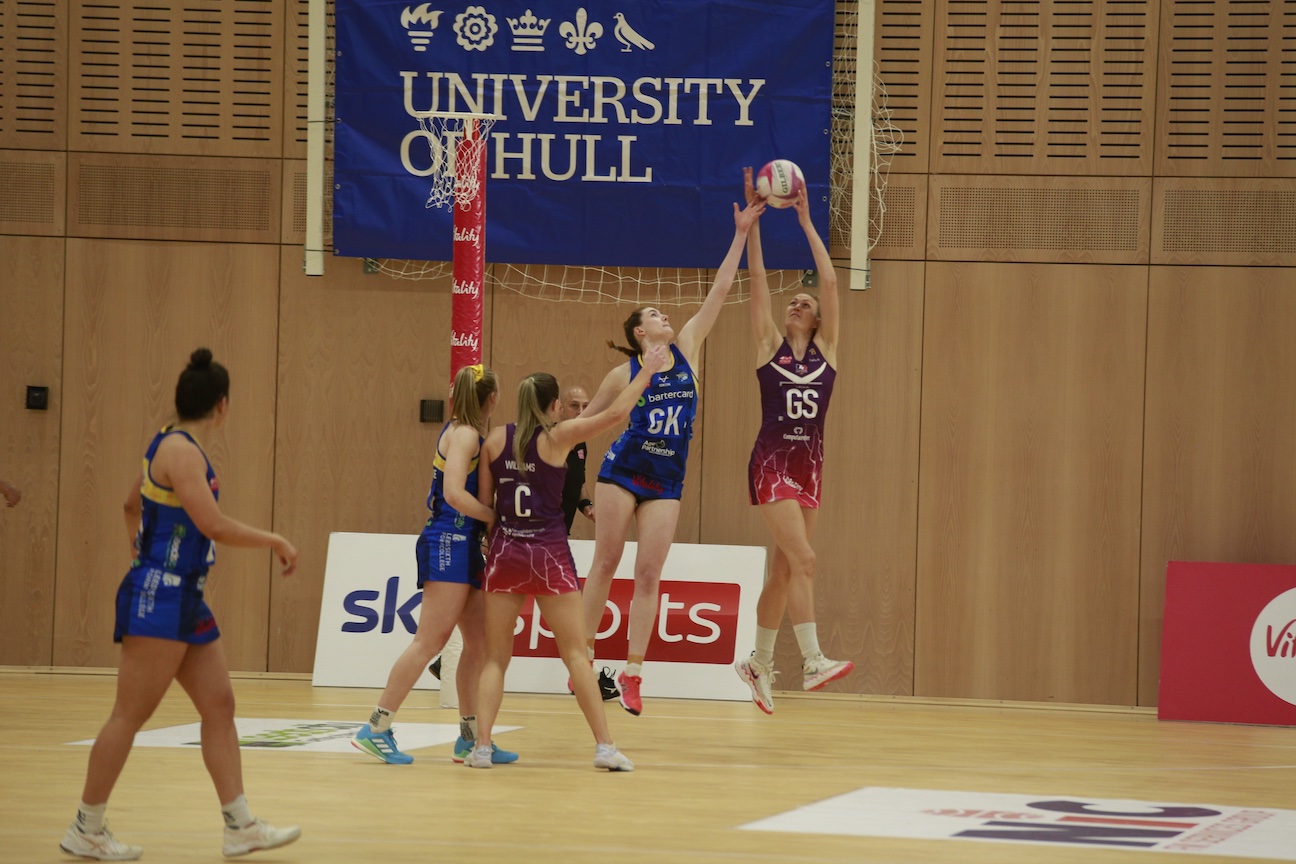 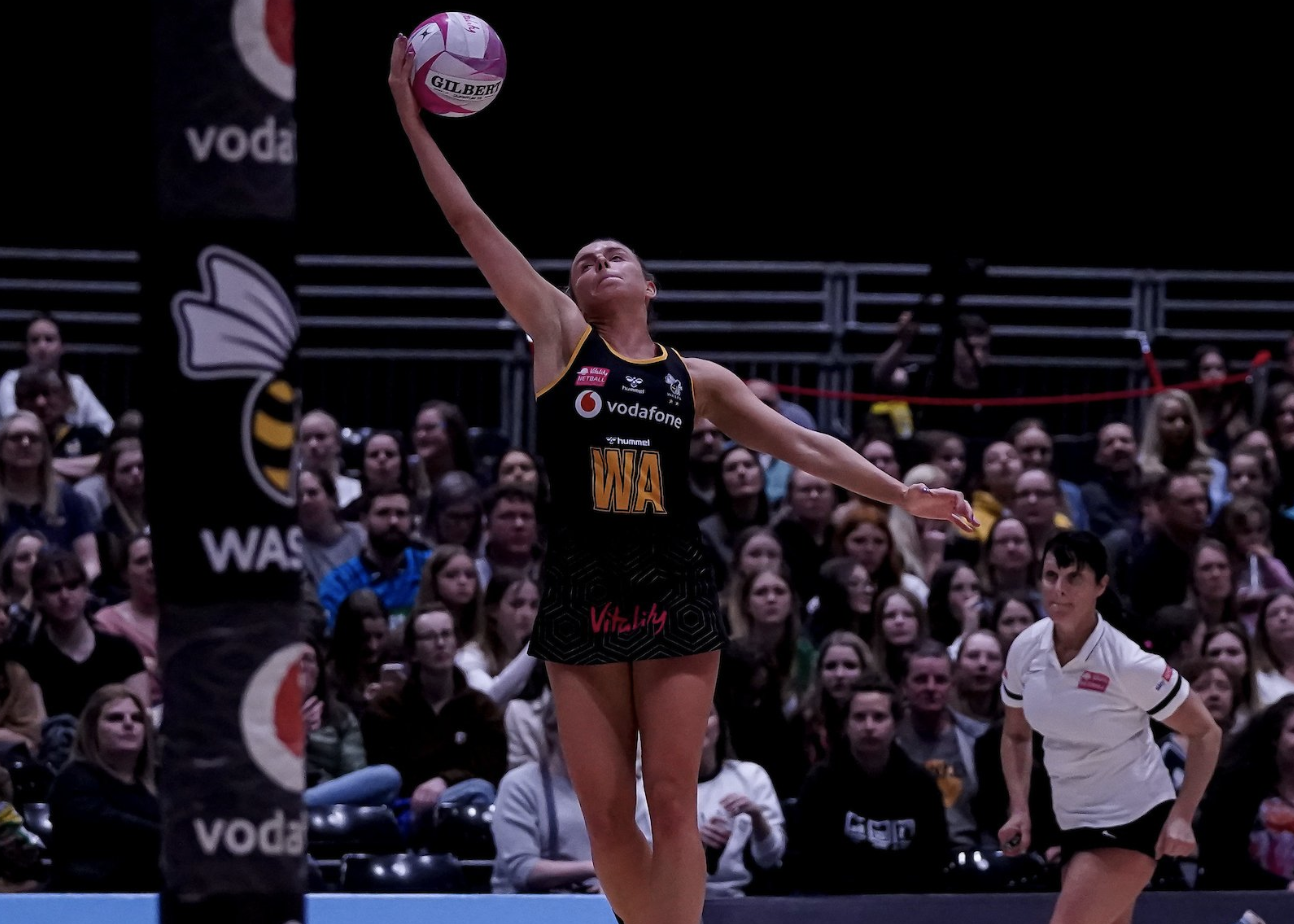 CLOSING out the weekend of Vitality Netball Superleague (VNSL) action, Wasps Netball and London Pulse both won in tight contests. Wasps took down Leeds Rhinos by five goals to bounce back from their forgettable loss to Manchester Thunder the day before, whilst the Pulse survived a three-goal thriller against Celtic Dragons. 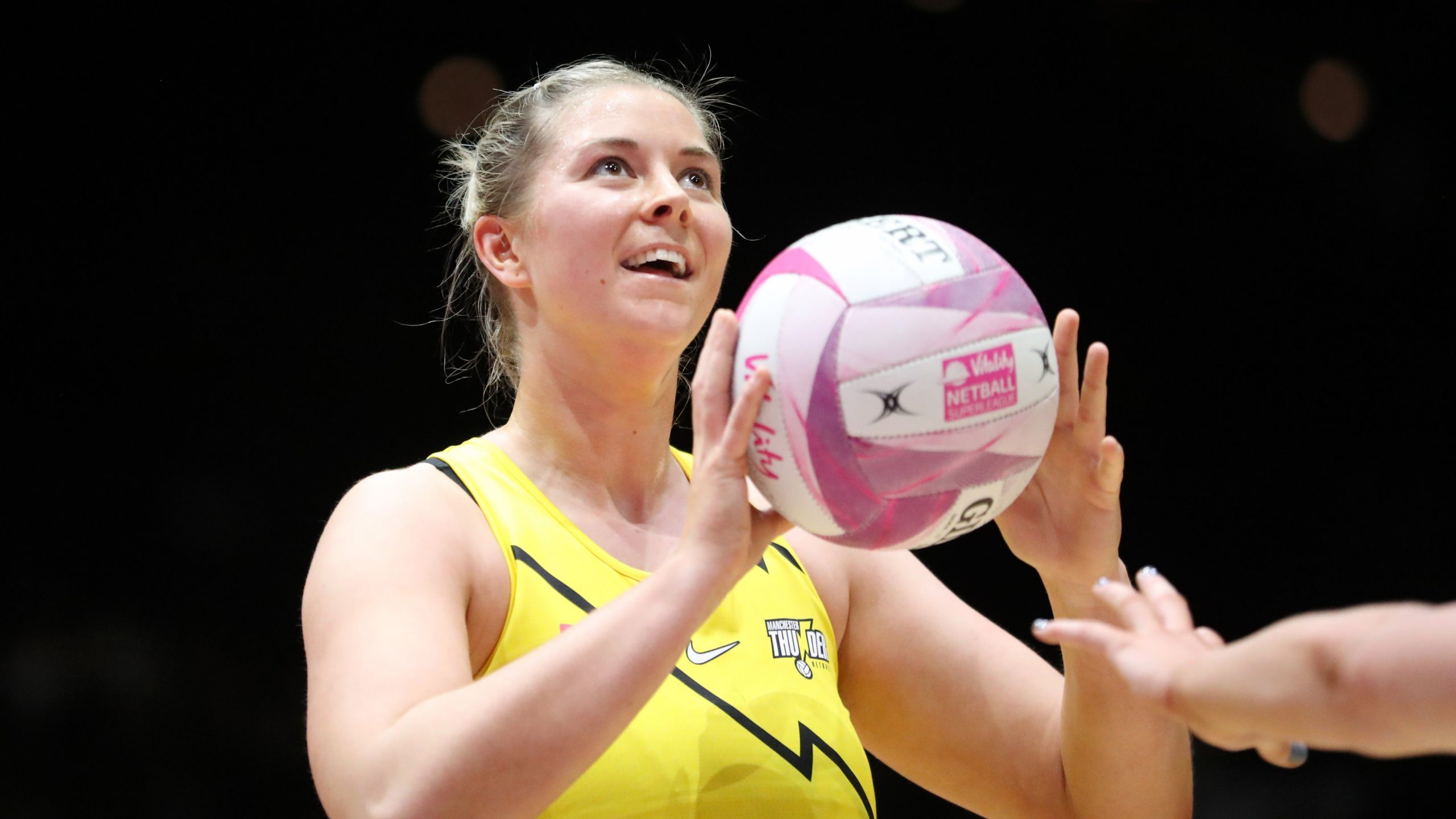 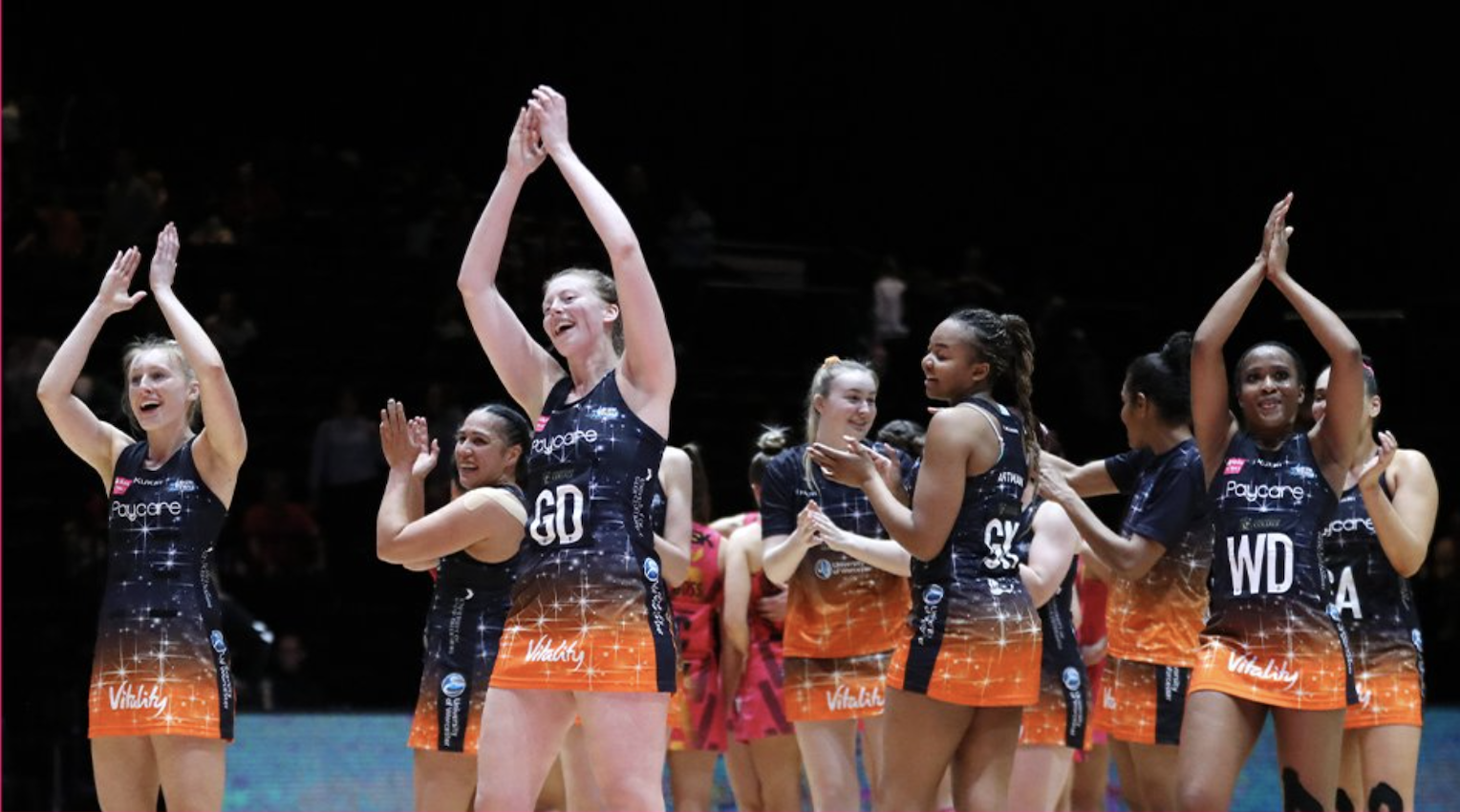 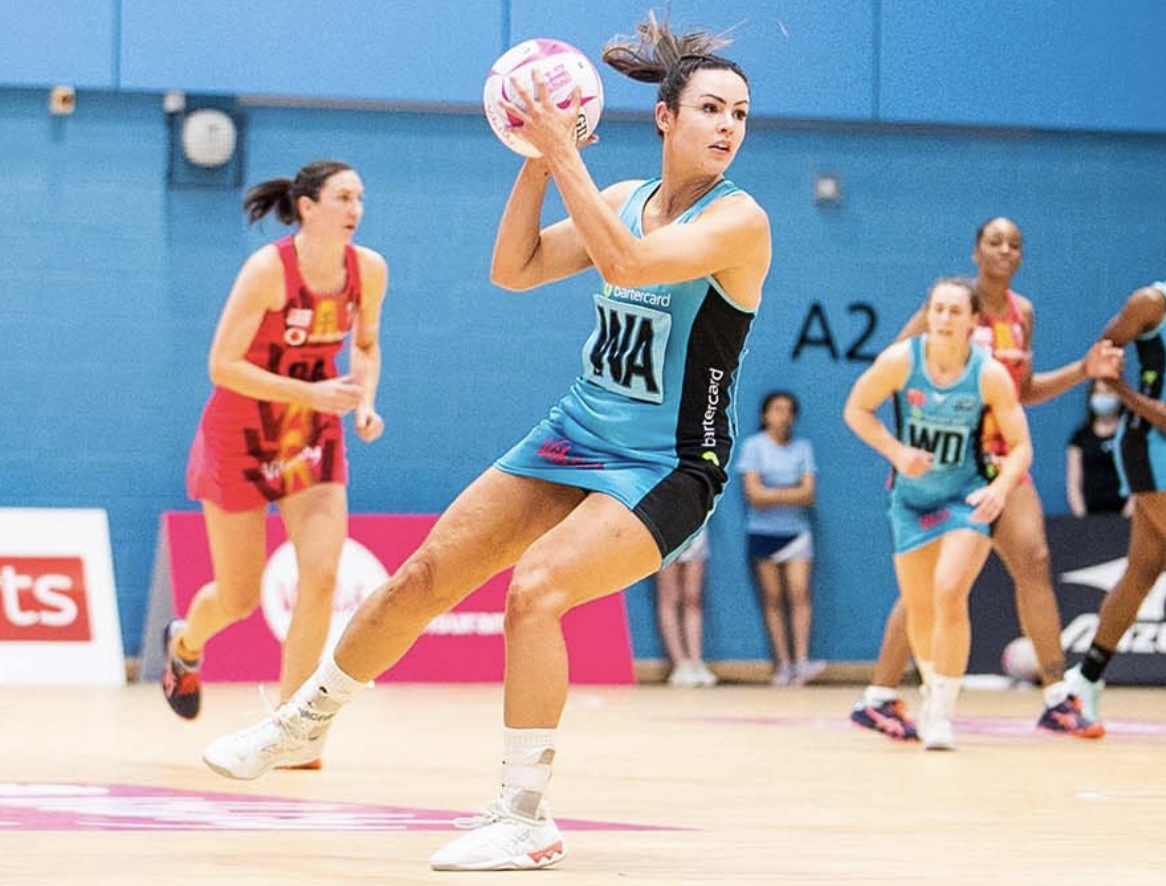 A MASSIVE 10 games of action in the traditional Easter double-header takes place this weekend for the Vitality Netball Superleague (VNSL) Rounds 13 and 14. Strathclyde Sirens (Round 13) and Team Bath (Round 14) have the easier weekend compared to the other teams, with just the one game, whilst the nine remaining sides all complete […]