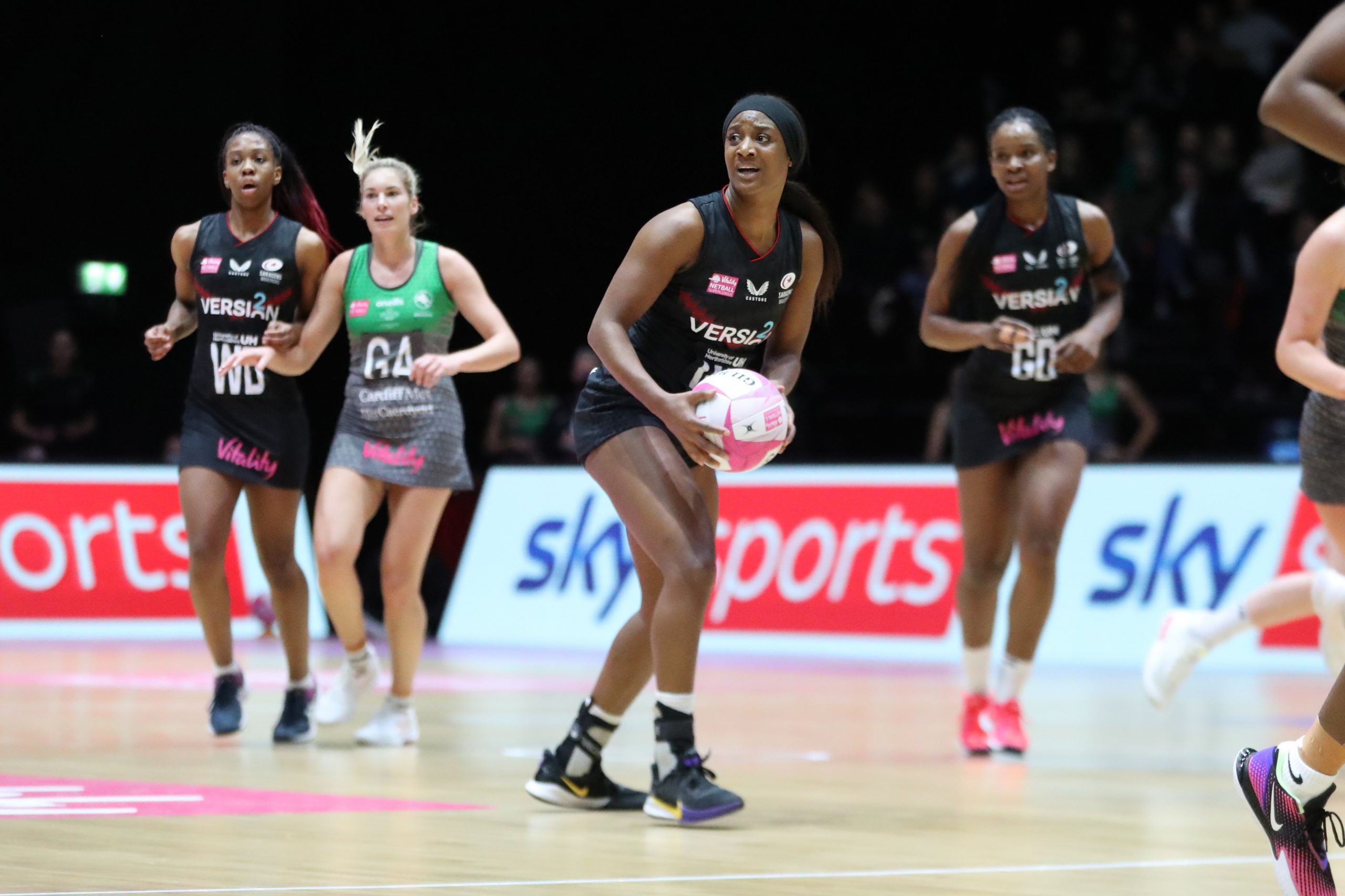 TWO very contrasting games took place on Saturday for Round 12 of the Vitality Netball Superleague (VNSL). The Saracens Mavericks got the job done by just nine goals over Celtic Dragons, whilst Manchester Thunder scored 78 themselves, running out 25-goal winners over Severn Stars.

Saracens Mavericks have got the job done against a determined Celtic Dragons where a second quarter flurry was effectively the difference. The Mavericks were expected to win comfortably against the bottom two side, but it was tight early, with 13 goals apiece, before the Mavericks piled on 20 goals to 10 to open up a 33-23 lead. From that point on, the Dragons were effectively able to remain in touch, winning the second half by a goal, with the home team winning 55-46.

Mavericks midcourter Beth Ecuyer-Dale was named Player of the Match for her work in the midcourt, with Britney Clarke and Kadeen Corbin combining well in attack. in defence, the one-two hit duo of Jodie Gibson and Razia Quashie were consistent and lively throughout, limiting the Dragons throughout, particularly in the second quarter.

It was no surprise Shaquanda Greene-Noel was busy for the Dragons, continuing her wonderful season in goal keeper. In the midcourt, Shona O’Dwyer really stepped up with some crucial feeds through to the shooting combination of Georgia Rowe and Lefébre Rademan.

Saracens Mavericks tale on Severn Stars in Round 13, with Celtic Dragons locking horns with Leeds Rhinos in a massive day of action at Resorts Arena as part of the double-header Easter weekend.

Manchester Thunder kept its unbeaten streak going for yet another week, defeating Severn Stars by 25 goals to sentence them to the bottom of the table. The ladder leaders won every quarter by at least three goals, with a 22-11 second term a particular highlight in the 78-53 victory.

Joyce Mvula put up 45 goals from 49 attempts for the Thunder, well supported by Eleanor Cardwell (25 goals from 29 attempts). Natalie Metcalf had a cameo in gaol attack to shoot two foals from seven attempts, but did her best work feeding the ball in from wing attack, picking up a match-high 38 feeds. In defence, Shadine Van der Merwe and Kerry Almond both had five intercepts, two deflections and five turnovers in the win.

Experienced shooter Cathrine Tuivaiti scored 30 goals from 32 attempts, with Paige Reed a deadeye thanks to 21 from 22. Up the other end of hte court, Lucy Herdman had seven deflections, seven turnovers, one intercept and one rebound, whilst Adi Bolakoro recorded two intercepts, three deflections, five turnovers and one rebound. Liana Leota picked up a team-high 17 feeds.

Manchester Thunder have a bye in Round 13, with the Severn Stars to take on Saracens Mavericks next Saturday night at Resorts World Arena.