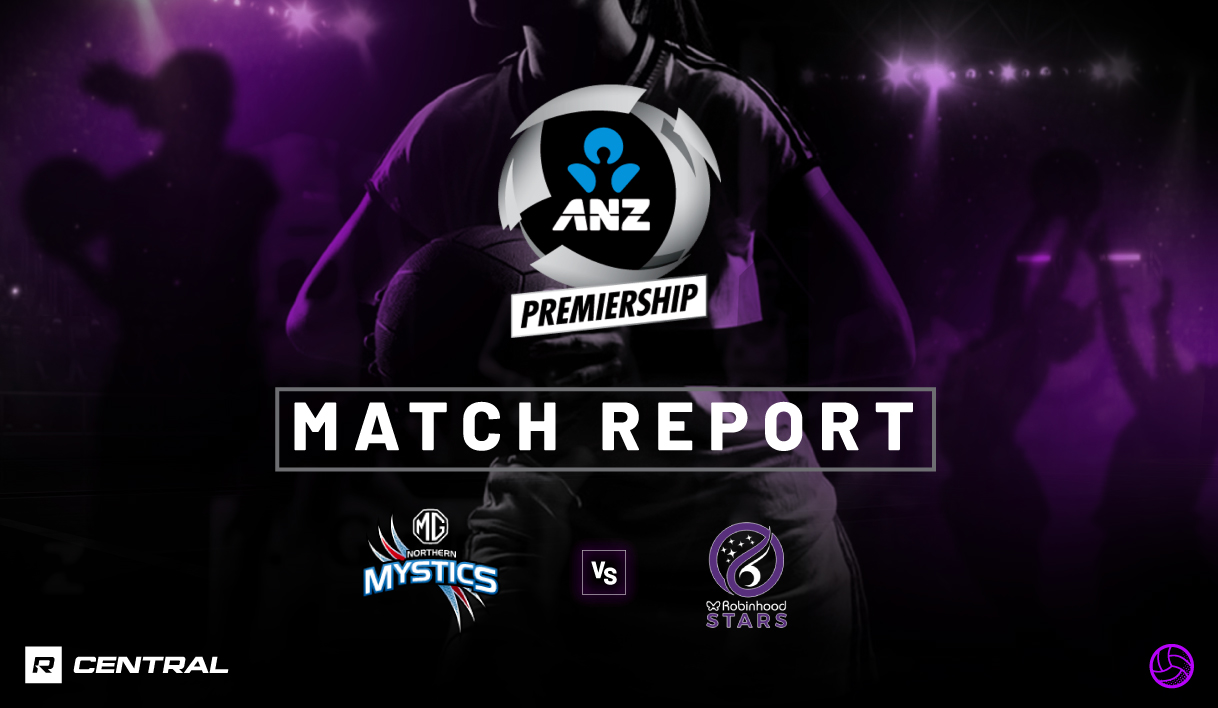 NORTHERN Mystics have put their northern rivals, the Northern Stars to the sword, running out by an equal club-high 24 goals in the ANZ Premiership. The Mystics had winners all over the court as they dominated from start to finish, winning each of the four quarters and snatching back top spot with the 68-44 victory. Defender Phoenix Karaka won the Most Valuable Player (MVP) award, though it could just have easily have gone to a number of Mystics in a fantastic team effort.

The home side was fired up from the start, and although the teams were five goals apiece at one stage, Grace Nweke piled on 11 of the next 15 goals to guide her team to a 16-9 lead at the first break. The Stars tried to mix up the defensive unit with Holly Fowler coming on for Kayla Johnson at wing defence, after Elisapeta Toeava ran rampant, finishing with 10 goal assists. Karaka and Sulu Fitzpatrick were doing a strong job on Maia Wilson and Jamie Hume, and unfortunately for the normally reliable Gina Crampton, she had a nightmare first quarter with five turnovers and only three goal assists from six feeds.

The Mystics brought on Amorangi Malesala at goal attack to start the second term, and though she actually carrier the Stars early shooting load, the Mystics were fast out of the blocks and Nweke was still causing issues. In the end, both Malesala and Wilson were misfiring, shooting just nine goals from 16 attempts, whilst Nweke (13 from 14) and Monica Falkner (three from five) were making their chances count. Crampton stepped up after that poor first term to deliver six goal assists for only one turnover, but the work of herself and Mila Reuelu-Buchanan ultimately meant little as the Stars could not always capitalise on the chances, and the Stars grew the lead with another 16-9 quarter to make it 32-18 at the main break.

Though in control, coach Helene Wilson chose to give Falkner a rest, and brought on Saviour Tui at goal attack, whilst her contemporary Kiri Wills brought on Lisa Mather and Elle Temu, with Reuelu-Buchanan and Fowler both rested. Later in the term Mather and Reuelu-Buchanan would again trade the centre bib, whilst Wilson would earn a rest and the pairing of Malesala and Hume would be given a shot. Fa’amu Ioane would also get her chance midway through the quarter. There was little the Stars could do as the Mystics yet again won the term by seven goals, this time 18-11. Nweke scored 14 goals from 16 attempts, Tayla Earle went haywire against both centres with 11 goal assists and an intercept, whilst Michaela Sokolich-Beatson and Fitzpatrick were frustrating the opposition goalers.

Though the game was done and dusted the Stars still tried out different combinations, with the defensive end given a shuffle and veteran Anna Harrison coming off for the last quarter, and Fowler coming on in wing defence alongside the defensive pairing of Johnson and Temu. Earle earned her break, with Claire O’Brien stepping up, whilst Falkner and Karaka would later return for Vui and Fitzpatrick respectively. The lead did get out to 23 goals midway through the term before the Stars reeled it back in, only for Nweke and Falkner to score six of the last seven goals and go from a 19-goal margin to a final whistle margin of 24, the Mystics equal all-time highest winning margin.

Karaka picked up another two assists in the final term, and had five for the match, picking up a well deserved MVP award, with two rebounds and even a goal assists on the day. Nweke powered off 59 goals from 66 attempts and had four rebounds, whilst Falkner (five from seven) and Vui (four from six) chipped in. The midcourt of Toeava (25 goal assists) and Earle (19 proved too strong, with Sokoolich-Beatson and Fitzpatrick remaining consistent throughout.

For the Stars, Crampton rebounded from her shocking first term to only record two more turnovers for the match, and 16 goal assists, while Temu tried hard with four intercept, pairing well with Johnson (two) but they could not contain Nweke. Malesala (24 goals from 30 attempts) seemed to be the most reliable, with the reserve shooter stepping up after Wilson (13 from 21) and Hume (seven from 13) had off radars. Remarkably, the team shot at just 68.8 per cent, and the starting shooters managed a 58.8 per cent clip, which will rarely win many games.

Northern Stars will have a quick turnaround to atone, as they prepare to face the Pulse tomorrow at Pulman Arena, whilst the Northern Mystics will next take the court on Monday, May 2 to lock horns with the Waikato Bay of Plenty Magic.