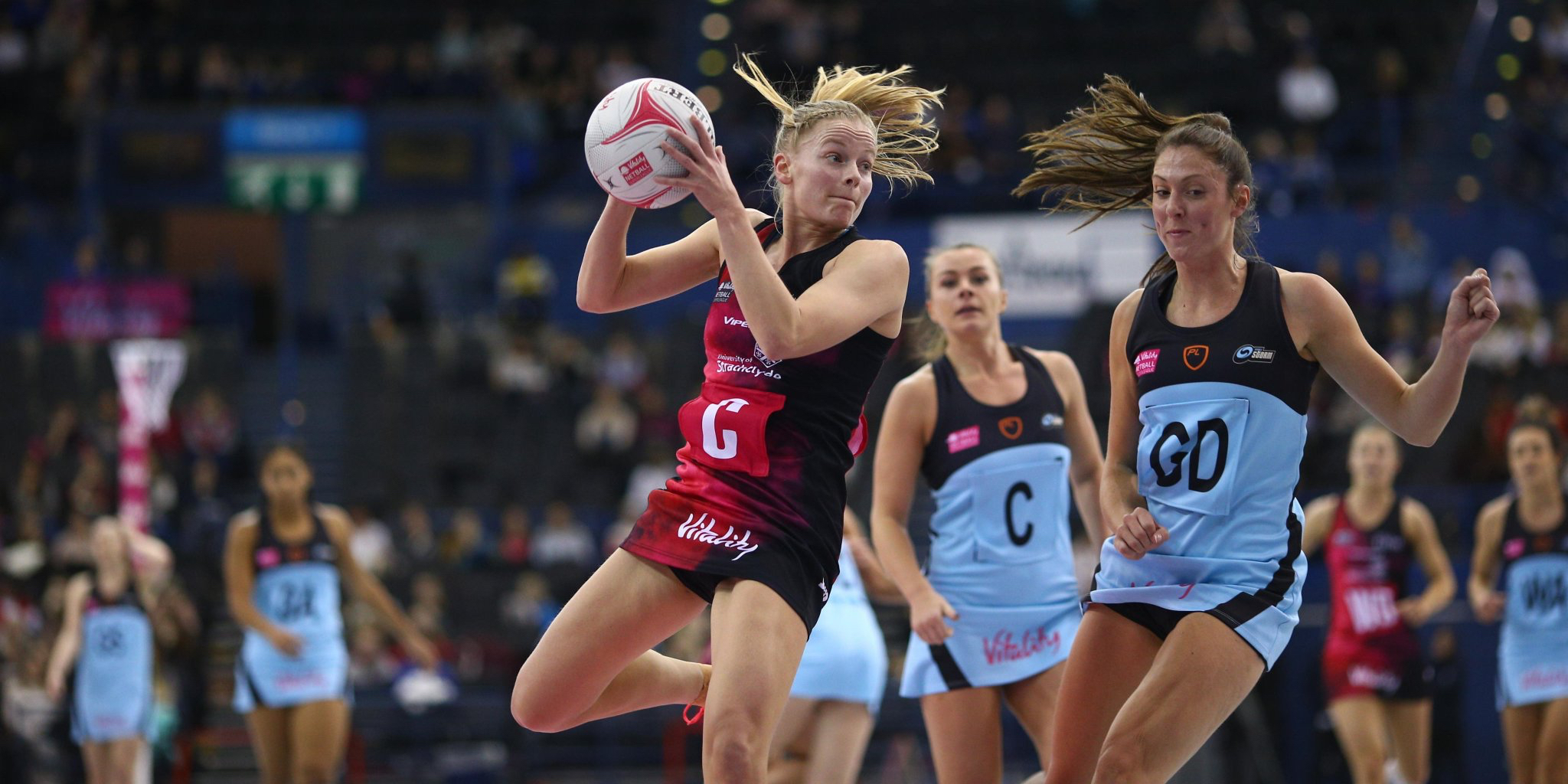 THE 2019 Vitality Netball Superleague started with a bang over the weekend, with all 10 teams battling it out at the Netball Super 10 competition at Arena Birmingham on January 5. Games were scattered with three hour increments, with the first at 11am and the final game of the day taking place at 7pm.

Celtic Dragons played Team Bath (41 – 58) in the first game of the day, with Bath starting the season with a strong win and 17-goal margin. Despite a turnover-heavy and inaccurate start to the game from both sides, the first goal for the 2019 season was scored by Bath debutant and Australian, Kim Commane off a penalty. Bath’s athleticism was too much for the Dragons, finishing the first half with a 12-goal lead and a strong indication of how 2019 could continue for the new and improved side. Despite the Dragons’ improved second half, scoring 23 goals to Bath’s 27, Celtic could not steal the win after Team Bath’s efficiency in the opening quarters.

Up next was the 2018 Grand Final rematch between Wasps Netball and Loughborough Lightning. Wasps confidently recorded their first win of 2019 – a strong 30-goal win and a final score of 72-42. Despite a patient goal-for-goal start, Wasps pulled ahead midway through the first quarter thanks to some sloppy passing downcourt by Lightning. Wasps were a side to be reckoned with for three of four quarters, only letting down their guard in the second quarter before putting the foot down to finish the game strong. Lightning would be disappointed in the final score after winning back the second quarter, however will be hoping to build on their strengths ready to play sixth ranked Severn Stars on Saturday night.

Severn Stars played competition newbies London Pulse in game three of the day, with Pulse recording a tight debut win (49-51) to start their Vitality Netball Superleague campaign. Pulse showed commitment from the early stages of the game, ready to fight for the win through a combination of strong defensive pressure and pressing forward movement. The scores remained relatively even throughout, with Stars sitting ahead by three quarter time. The Stars’ fluid movement through the centre court dominated, but their daring feeds proved ineffective at times, giving Pulse opportunities to pull back control of the game and win by a tough two-goal margin.

Game four of Super 10s was between Strathclyde Sirens and Surrey Storm, with another big win on the table as Sirens dominated to win by a tough 18 goals (56-38). New Zealand import Cat Tuivaiti starred for the Sirens, putting on a show with her goaling accuracy and signature flair in the goal circle, while Storm could not seem to catch a break. Storm’s inaccuracy at the post seemed to be the catalyst of their problems, with missed shots turning into more opportunities for the Sirens. Despite an even final quarter, the Sirens’ skills in the middle quarters proved too strong for the fired up Storm.

The final game of Super 10s was between Manchester Thunder and the newly named Saracens Mavericks, finishing off the day with a mostly even matchup and seven goal win to the Thunder (58-51). The Thunder took control of the game after a relatively even first quarter, picking up the pace and capitalising off the Mavericks’ errors. To the Mavericks’ credit, the young team refused to give up and did not let the margin extend further than 10 goals, staying in the game under pressure.