Where does Sophie Garbin fit in 2022? 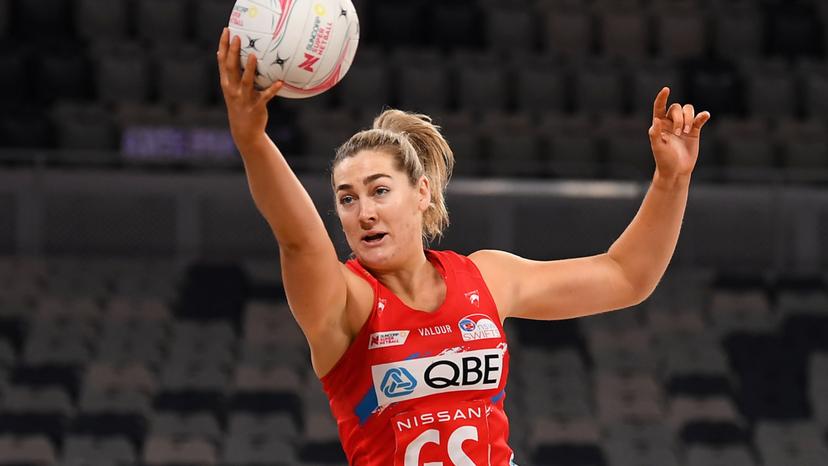 Sophie Garbin of the Swifts in action during the Round 9 Super Netball match between the NSW Swifts and West Coast Fever at John Cain Arena in Melbourne, Sunday, July 4, 2021. (AAP Image/James Ross) NO ARCHIVING, EDITORIAL USE ONLY

WITH the 2022 Suncorp Super Netball season free agency period finally underway, it’s time to dive into potential changes around the grounds. Yesterday, Draft Central posed the question of whether Sophie Garbin would leave the NSW Swifts in search for a starting position; with the Swifts announcing yesterday afternoon that the talented goal shooter “has decided to take up a contract elsewhere”. Today, let’s have a look at where Garbin could head for the 2022 season.

READ >>> What player changes could we see amongst SSN clubs?

Firstly, let’s quickly chat about what Garbin offers. The 184cm West Australian talent is an impressive goaler, typically playing in goal shooter and using her excellent footwork to consistently re-offer and find avenues to post. While known for her short range shooting, Garbin is rarely fazed by the contest and is willing to shoot from range if required, with her accuracy knowing no bounds. Garbin has steadily developed her versatility and endurance throughout her four seasons at the Swifts, adding an extra string to her bow to play out in goal attack and have an impact in different ways, often putting the team first to get the win on the board. Her accuracy has continued to grow with further court time while her ability to break games wide open is a testament to her adaptability on the fly and continued work rate. Still only 24-year-old with plenty of development to come, there is no knowing what else Garbin could add to her arsenal with a consistent starting bib in 2022.

Realistically, there is no point Garbin leaving the Swifts if there is not a starting role up for grabs, which puts a couple of sides out of the running – while not yet confirmed, it seems to be general consensus that the likes of Jo Harten or Mwai Kumwenda are unlikely to leave their respective clubs in GIANTS or Melbourne Vixens, although Garbin’s newfound versatility could assist in both front-ends. Ultimately though, the Vixens are in need of a born and bred goal attack while many are expecting at least one of Sophie Dwyer or Kiera Austin to stay with the GIANTS, meaning there is no guarantee Garbin would get the starting spot at either club – unless, of course, one (or both) opts for a fresh start in the goal circle. Like Kumwenda, it is highly unlikely that Queensland Firebirds’ Romelda Aiken will leave the Firebirds for another club after being a permanent fixture for so long, so unless she were to announce her retirement, it is unlikely Garbin would find a home at the Firebirds. With that in mind, Aiken hasn’t quite shown the same influence in 2021 as she used to, and with the side looking to rebuild after a couple of shaky seasons a shake-up in the front-end could be exactly what the doctor ordered.

There are a couple of clubs where Garbin would slot in nicely regardless of the current starters, with the Adelaide Thunderbirds first to come to mind with a chance that Lenize Potgieter does not return for another season with the club. While Potgieter is an undoubtable threat, she is at her most threatening under the post and can sometimes go missing throughout matches. A goal circle combination of Garbin and Georgie Horjus would send pulses sky rocketing with both players’ adaptability, with Garbin able to play both a moving role and a holding role making for an intriguing change-up with the side.

The second club to come to mind is the Collingwood Magpies, with Garbin potentially needing to settle for a goal attack start, but the potential to work with the likes of Shimona Nelson – also unlikely to leave her current club given her connection with current coach Nicole Richardson – too good to pass up. While Gabby Sinclair has proved capable of that starting role at the Magpies, Garbin could offer a little bit extra pizzazz in the front-end, and add that extra layer for the Magpies. While the Magpies had a much better season in 2021, thy still were not really perceived as a threat with the attack just needing something extra to finish the job.

Jhaniele Fowler – and a host of other Jamaican talents – has recently left the country to participate in the upcoming Margaret Beckford Sunshine Series with many wondering whether the towering goal shooter would make a return to the West Coast Fever. As a West Australian born and raised, Garbin would fill that hole seamlessly at the Fever if Fowler did not make a return, but again, this all hinges on whether Fowler is a confirmed signing for the Fever. The same goes for the Sunshine Coast Lightning, but again, it is unlikely the club will bid farewell to either of its Australian Diamonds in Cara Koenen or Steph Wood. With no guarantee of a starting role, it would be difficult to lure Garbin away from her connections at the Swifts.

Where do you think Sophie Garbin will head in 2021? Join our Netball Draft Central group to discuss.

THE two Queensland derbies in the Suncorp Super Netball this season, also known as the ‘Battle of the Bruce’, produced two very different results. Back in Round 2, it was Queensland who got the emphatic win 82 to 54, then last weekend it was the Sunshine Coast who got the win 82 to 61. That […]

THE Sunshine Coast Lightning have dealt a serious blow to the finals hopes of the Queensland Firebirds, defeating their Queensland rivals by 19 goals, 82–61 in the Suncorp Super Netball (SSN) Round 11 contest yesterday. A particularly fruitful final term saw the Lightning dish out some payback after the Firebirds comprehensively beat them in Round […]

All to play for in final SSN month

THERE is only a month left of the Suncorp Super Netball season, but there is still plenty of exciting netball and lot of potential scenarios to play out between now and finals. Among the highlights of this weekend’s menu of action is a Queensland Derby, while the Sargeant-McKinnis Cup up for grabs again. Queensland Firebirds […]

THE Adelaide Thunderbirds have got their season right back on track, comfortably defeating the Queensland Firebirds by 13 goals in the Suncorp Super Netball (SSN) last night. It did not take long for Shamera Sterling to make an impact on the game, and she took an intercept on the very first entry into the Firebirds’ […]

GIANTS Netball have jumped up into the top four of the Suncorp Super Netball (SSN) ladder with a win over Collingwood Magpies 69-60. It was the GIANTS’ 11th straight win against the Magpies, while it was Collingwood’s first loss in Tasmania ever. A remarkable second half comeback from the GIANTS saw them come from 11 […] 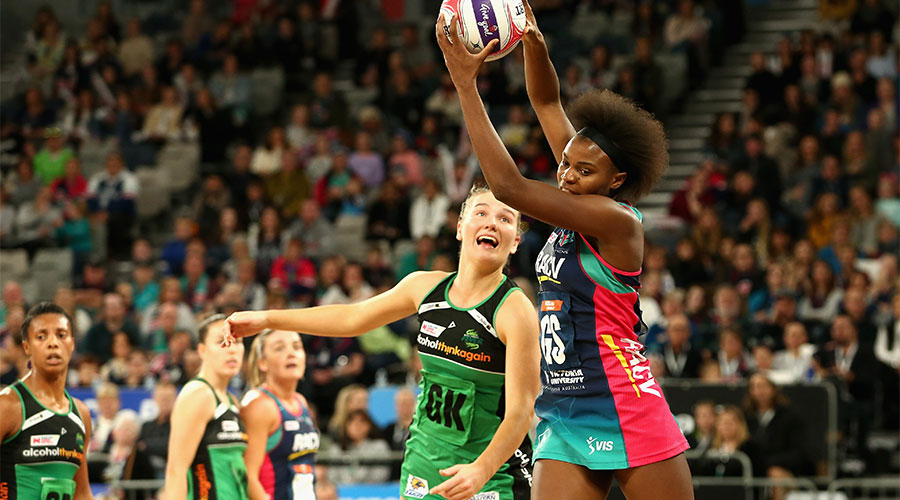 THE top of the table clash was one to remember for the Melbourne Vixens, as they emerged victorious 70-64 over the West Coast Fever. The Vixens got a huge jump on their hosts early, and that is what ultimately cost the Fever the game. Melbourne came out firing early, and certainly made a statement. They […]