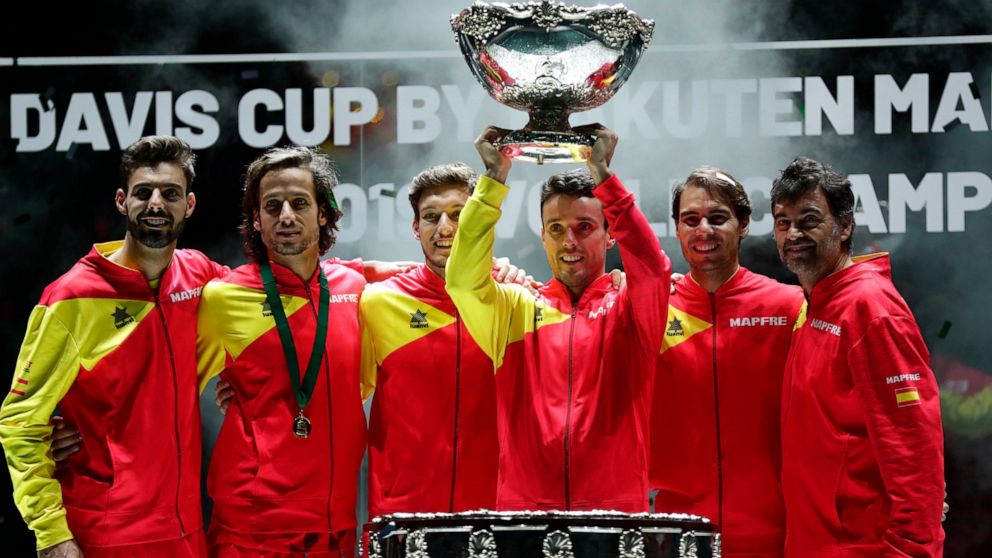 THE Davis Cup qualifiers take place over the weekend, with 12 matches across the globe. Each of the winning sides will book a place in November’s new format Davis Cup Finals, joining 2019 semi-finalists Canada, Great Britain, Russia and Spain, and the two wildcards in France and Serbia.

The first seeds host the 22nd ranked India at home on clay and given they head in without their top player in Borna Coric, it is not as straight forward as it should be for the number two ranked nation in the world. Cilic should easily account for both Nagal and Gunneswaran, but with 276th ranked Gojo the number two singles player for Croatia, it could come down to the doubles. That might be the match of the entire tie, with Dodig and Pavic both ranked inside the top 20 for doubles, while Bopanna and Paes are world-class doubles players even if they are getting on in age at 41 and 46 years of age.

World number four, Belgium travel to Hungary to take on the 24th ranked Hungary in what is genuinely a danger tie for Belgium. Without star and top 20 player David Goffin, the number two seeds are in for a real challenge to overcome a Hungarian duo of Fucsovics and Balazs who are in some nice form as it stands. Both have had a number of upset wins already this year, with Fucsovics most notably taking down Denis Shapovalov in the first round of the Australian Open. The Hungarians could well clean sweep in the singles, though Coopejans is not one to be underestimated and could win both his matches. He needs to, because if he loses then Hungary should progress, though the doubles pairing of Vliegen and Gille should easily win the doubles, giving them some hope on the deciding day.

The clay courts of Bogota do not hold an advantage for either side, with the Colombians and Argentinians both very capable on the surface. In saying that, Argentina should realistically breeze through the tie with only the doubles being the huge question mark. Pella has nominated to play which was the important aspect, given Diego Schwartzman‘s injury forcing his withdrawal. One would expect Galan and Giraldo to play the singles ties, but unless Pella or even Londero are having bad days, then Argentina should win it comfortably. Pella and Londero are both inconsistent though, so Galan playing the way he is capable of could help Colombia to a singles win, but the 19th ranked side is unlikely to make too much of an impact outside of their top ranked doubles combination of Cabal and Farah.

While the United States will be without their top ranked player in John Isner, realistically they could have their seventh and eighth best players and still get the job done here. The depth of the United States is far too strong for Uzbekistan who will be relying on Istomin to carry the side, probably through both singles and a doubles with a couple of youngsters named in the side. The home nation’s second and third best players in Fritz and Opelka should win all their singles, and with the Bryan brothers also likely to take out the doubles without too much problem. Expect Paul to make his debut with the tie wrapped up by the third day.

A wounded Australian outfit hosts Brazil in Adelaide with its top two players out with injury. Both Nick Kyrgios and Alex de Minaur are unavailable which means Millman and Thompson will lead the attack, while Duckworth and Bolt could make their debuts. Even the lowest ranked Aussie – Bolt is ranked higher than the second seeded Brazilian in Menezes, so the green and gold should still get home with a win. Monteiro could cause some problems, but Australia will realistically come away with a comfortable win, particularly on home soil.

The Italians have gone with a relatively strong outfit against the third lowest ranked Davis Cup nation in South Korea (29th). Playing at home, the sixth seeded and 11th ranked nation will only be missing Matteo Berrettini and young gun, Jannik Sinner from the best possible outfit, with Fognini – despite being out of form – and Sonego likely to take out Lee and Nam if they are the chosen singles players. South Korea could win the doubles with Nam and Song both inside the top 120 in that format. One in-form South Korean is Soonwoo Kwon who has not nominated for the tie, while the second ranked compatriot in Hyeon Chung is also unavailable leading the remainder of the team outside the top 200 in the ATP Tour. The most one-sided contest of the lot.

Germany might be without its top player in Alexander Zverev, but the seventh seed nation should not have too many problems winning at home against Belarus. The tie is taking place in Dusseldorf on hardcourt, with Struff and Kohlschreiber more than likely to hold their own against Gerasimov and Ivashka. Gerasimov has shown a capability to cause headaches for the opposition, but Struff should win both singles and Kohlschreiber – if over his injury – at least one. The doubles pairing of the 12th ranked Krawietz and 13th ranked Mies should also be too much for any Belarusian pairing.

Two sides that head into the Davis Cup qualifiers with their full strength sides are Kazakhstan and Netherlands, with up-and-coming talents Bublik and Popko some players of the future. Bublik and Kukushkin will likely share the first day duties and if they can knock over the tie, then Popko might get the call-up. Netherlands will not be an easy team to necessarily knock over, with the doubles pairing of Koolhof and Rojer impressive, while Haase and Griekspoor are no pushovers either. In saying that, Kazakhstan should still have the upper hand.

Slovakia enters the Davis Cup qualifiers as the second lowest ranked nation at 31st overall, while Czech Republic sits at 15th and are the ninth seed in these qualifiers. Neither of these sides has a top 50 ranked player which makes it a much more even tie than the rankings may suggest. Vesely will lead the way for the Czechs, while Rosol is always a dangerous player on his day. Martin, Gombos and Kovalik are all capable of playing in those top two singles players, while the seventh ranked doubles player in Polasek will need to work hard with whoever teams up with him. This will likely be one of the tightest contests of the weekend.

The lowest ranked nation at the Davis Cup qualifiers, Uruguay actually have the best player in the tie. Pablo Cuevas will likely win both his singles against Novak and Ofner, which means the 36th ranked nation just has to find another win somehow. The reason Uruguay is ranked so low is because three of the members are unranked in singles, with only the Cuevas brothers earning ATP Tour points. It will be an uphill battle in the other ties, with the Cuevas’s to have a heavy workload over the weekend. Melzer and Marach are a couple of experienced doubles players and will hand the 10th seeds the edge in the tie.

In a selfless approach to his tennis, former top five player, Nishikori will compete for Japan in a must-win clash against the lowly ranked Ecuador. They could well win all the matches in a sweep, especially if Nishikori takes the court. The Japanese star has been battling an elbow injury, and with the coronavirus forcing this match behind closed doors, there is plenty working against the Asian nation. However Japan should take care of business against Ecuador with Gomez the highest ranked singles player at 149th, with Nishikori and the in-form Nishioka to win all the singles, and New Zealand-born McLachlan to lead the doubles side.

The closest match in terms of Davis Cup rankings is that between the 18th ranked Sweden and the 21st ranked Chile. Playing in Stockholm will give the teams – who both have developing youngsters – a chance to shine on the hard courts with Sweden having the home court advantage. Mikael Ymer is always a threat, ranked 72nd in the world at just 21-years-old, while his brother – two years his senior will take up the second ranked spot in the singles. Garin has found some form over the past month and will be hard to beat for the visitors, winning a title albeit on clay, though his second ranked teammate, Tabilo will need to be at his best to topple the Ymers. It will be close, but Chile should get it overall.