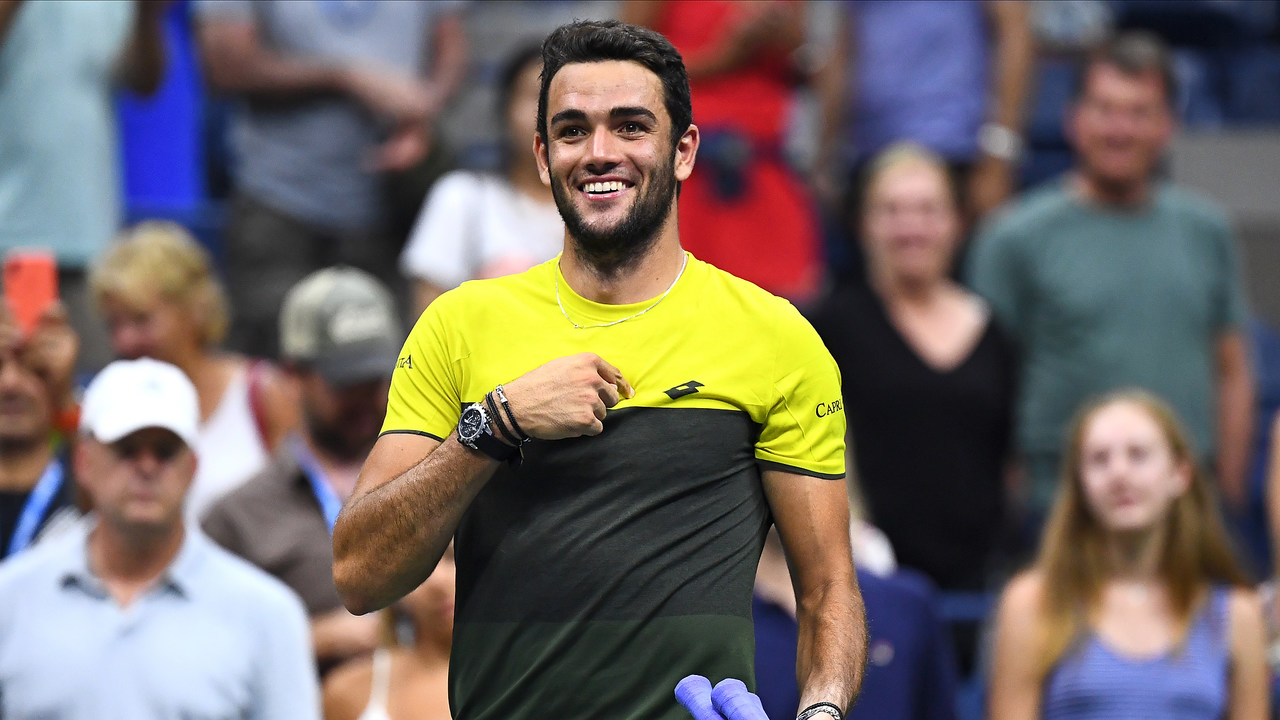 SEVEN top 20 ATP Tour players will descend on Antwerp for the 2020 European Open which starts on Monday. The ATP 250 event is a hard court event and will see a stacked lineup, with 44th ranked Albert Ramos-Vinolas the lowest ranked direct acceptance, whilst Matteo Berrettini (8th) will head in as the top seed.

Among those not in the draw this year are reigning title holder Andy Murray, or former winners Kyle Edmund or Jo-Wilfried Tsonga (injured). Inaugural winner in 2016, Richard Gasquet is expected to play as the first alternative in Antwerp should there be a late withdrawal, as can be the case with the hectic schedule of 2020.

Last year’s title saw Murray breakthrough for his first – and only – title since returning from retirement. Using his protected ranking, the British Grand Slam winner defeated Stan Wawrinka in a come-from-behind victory, 3-6 6-4 6-4 to book a spot in the next round. Neither player will compete in Antwerp this year, with reigning semi-finalist Ugo Humbert automatically included in the draw along with Murray from the last eight in 2019.

Jannik Sinner, Marius Copil and Frances Tiafoe are all hoping to break into the draw as alternatives, or come through qualifying. Meanwhile Gilles Simon and Guido Pella – who made the last eight last year – are not competing in Belgium.

In terms of contenders, the big question mark will be on Goffin as he looks to return from a positive COVID-19 test to compete in his home nation, whilst compatriot Kimmer Coppejans has been handed a wildcard for the event. Sinner is in red hot form, and having been handed a wildcard at this event 12 months ago, do not be shocked for the Italian to be given one again as he hopes to go better than his semi-final appearance in 2019.

Berrettini is the highest ranked player and should be amongst the main contenders, but the world number eight is inconsistent at the best of times. He is capable of beating anyone but can also drop games he should win. He comes in off a less-than-convincing third round run at Roland Garros where he needed four sets to defeat Lloyd Harris, then went down in straight sets to Daniel Altmaier. In his last hard court event at the US Open, Berrettini had good wins over Humbert and Casper Ruud – both competing in Antwerp – before going down in four sets to the in-form Rublev.

Since his run to the fourth round at the US Open, Goffin’s clay season has not gone to play with first-up losses to Marin Cilic and Sinner at Rome and Paris, then had to withdraw from Cologne due to the positive COVID-19 test. Now back in his home nation, Goffin can have familiar surroundings and will be keen to get back on the winners list.

Another player who will be glad to be back on hard court include Alex de Minaur who reached the quarter finals at the US Open, then had back-to-back first round losses on the clay to German qualifier Dominik Koepfer and Italian Marco Cecchinato in Rome and Paris respectively. Wins over Khachanov and Gasquet at Flushing Meadows will give him confidence heading into Antwerp.

Dimitrov is another contender here, having defeated Sinner in Rome, and pushed Denis Shapovalov all the way in the quarter finals there, before reaching the fourth round at Roland Garros and testing Stefanos Tsitsipas at times.

Rublev has been one of the most in-form players of recent times but there is expected to be a point where so much tennis will catch up to him. He will have to be considered amongst the top contenders here, with a top soft end that he knows he can beat,.

Clay court players with automatic entries include Nikoloz Basilashvili, Cristian Garin, Dusan Lajovic, Ruud and Ramos-Vinolas who all can perform on hard courts, but are traditionally clay court performers.