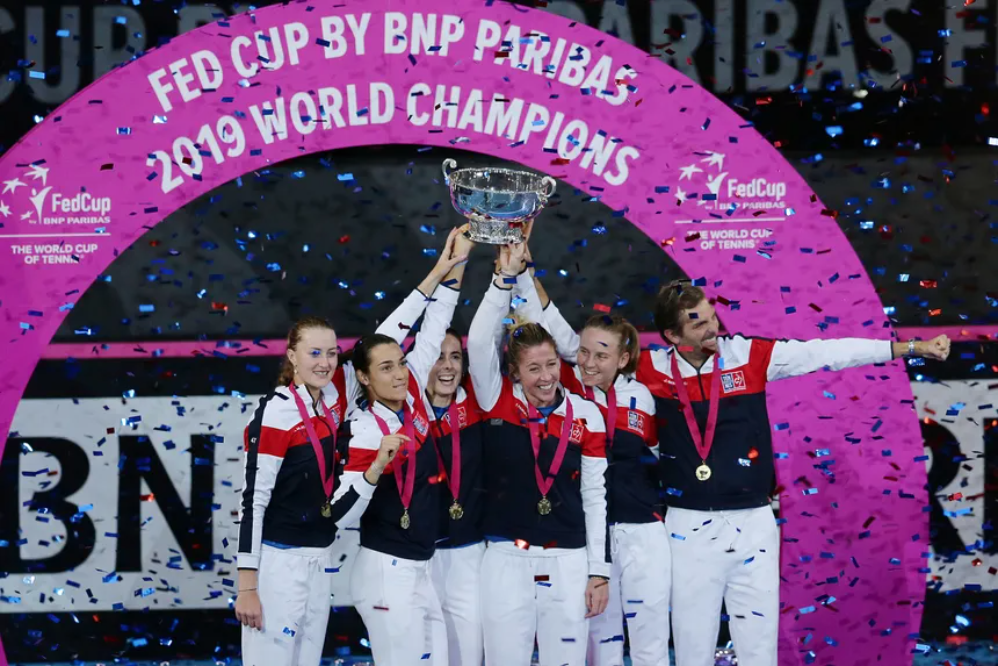 The reigning champions – who have had to wait two years to defend their title – will still have to play at their absolute best to get there, with a side that is not quite the same as it was back in 2019. Garcia returns to the fold as both the nation’s top singles and doubles player, though the latter is way out at 170th in the world. Usually world number four Kristina Mladenovic would be a lock for the doubles as well as the second singles, but she has had injury issues in 2021, and will miss the tournament that she effectively helped drag her nation back from the brink of defeat in 2019. She toppled Ash Barty in the final after the Australian defeated Garcia 6-0 6-0 in a stunning first match, though Mladenovic guided the European nation to victory in a come-from-behind win.

Unlike in the Davis Cup of late, the French women are starting to see the younger talents come through, and whilst the debut of Burel might be through Mladenovic’s absence, the 20-year-old is still an exciting rising talent who has been rewarded for her bolt into the Top 100. Similarly, along with Burel, the 24-year-old Ferro replaces the older guard, and that is before they consider the likes of Oceane Dodin and Harmony Tan who are just outside the others’ ranking spots. The 24-year-old duo join Ferro as players hit what should be the peak of their career, and gradually take over the reins as leaders of the French WTA program.

In terms of their performance in the group, they should have no issues against a Canadian outfit missing both Bianca Andreescu and Leylah Fernandez. With world number 157 Rebecca Marino leading that side, expect the French to wrap up the tie fairly quickly, and perhaps even giving Burel a shot at singles. Russia will be the tough one to topple, and more likely to advance, with world number 13 Anastasia Pavlyuchenkova one of five representatives, all ranked above Garcia. It makes it tricky for France who also do not have a consistent doubles combination, so the reigning champions might find themselves missing out on a semi-finals spot.

Prediction: 2nd in Group A