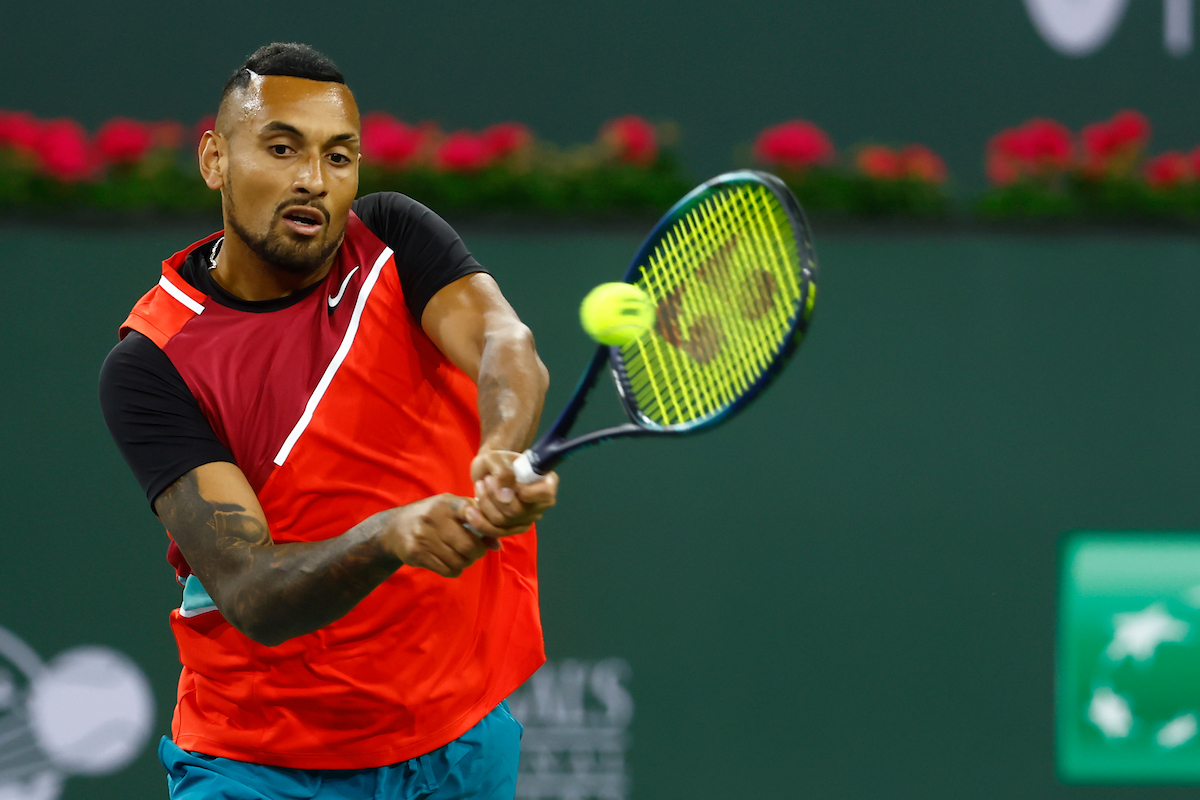 AS part of the Indian Wells ATP 1000 Masters coverage, we’ll be adding the Round of 128 scores all in one place. The men’s first round of competition started on Thursday local time and finished on Friday, with the results uploaded as they were completed.

It was a clinical performance from Australian Nick Kyrgios who ran away with the contest against a fairly in-form Sebastian Baez on the opening day of action. After shaking off an early challenge from the Argentinian, Kyrgios – in just his third ATP Tour match for the year – stormed away with the victory 6-4 6-0 in one hour and 12 minutes. The 132nd ranked wildcard has not played since going down to now world number one Daniil Medvedev but showed no signs of any cobwebs with the commanding win, hitting 27 winners to just 14 unforced errors, and produced 12 aces without being broken on serve.

“I’m just in a different mindset,” Kyrgios said post-match “I feel like I’m a bit younger mentally, I feel fresh again, and obviously I’m healthy again with my left knee – I feel like I’m playing some pretty good tennis.”

The Australian will now face another Argentinian in 22nd seed Federico Delbonis, with the winner almost certainly to take on eighth seed Casper Ruud. The Australian has a history with Ruud, being defaulted back at the Rome Open in 2019, and the players have traded barbs since. The Norwegian has often questioned Kyrgios’ maturity, whilst the Australian has criticised Ruud’s ability to play on any surface other than clay, something that has definitely changed for the Top 10 player in the past 12 months. But before they face off, Kyrgios must get past Delbonis, and the Australian said he was feeling good.

“Honestly, I thought I put in some great performances at the Australian Open, went toe-to-toe with the best player in the world [Daniil Medvedev] and had chances, so honestly I feel good. Now I’m going to enjoy some doubles tomorrow with Thanasi [his partner Kokkinakis], and just vibe, honestly. I’m just excited for dinner tonight and taking nothing for granted.”

MEN’S SINGLES ROUND OF 128 RESULTS: