IN one of the matches of the season, Spaniard Carlos Alcaraz has beaten world number five Stefanos Tsitsipas in the fourth round at Miami 7-5, 6-3.

Alcaraz is having a stellar season, and his latest win continues that run.

He now moves to a 15-2 record for the season, and he is now one win away from back to back ATP Masters 1000 semi-finals after reaching that stage at Indian Wells.

Alcaraz lost an early break to the Greek, but then the teenager took charge of the situation and then won the next seven straight matches after he was 2-5 down.

Despite the straight sets loss, Tsitsipas served four more aces (5-1) then Alcaraz, and Alcaraz served one more double fault than the Greek did (2-1).

The second serve points won percentage was low for both players, but Alcaraz still won it 45 per cent to 28.

Something that certainly was not low was Alcaraz’s break points saved percentage. He saved 88 per cent of all the break points he faced in the match. Tsitsipas’ was also pretty high at 64 per cent.

Post match, Alcaraz noted how tough that first set was.

“It was really, really tough. He was playing unbelievable,” he said. “All I can say is I fought until the last ball in the first set [to] come back.”

“I knew that Stefanos is a player who always is looking for his forehand,” said Alcaraz said, describing Tsitsipas’ game plan. “I tried to hit two or three backhands cross-court and then switch to down the line, to his running forehand. It was a key. I think he lives in the backhand side all the time, looking for his forehand, as I said. It was pretty important, the backhand down the line.” 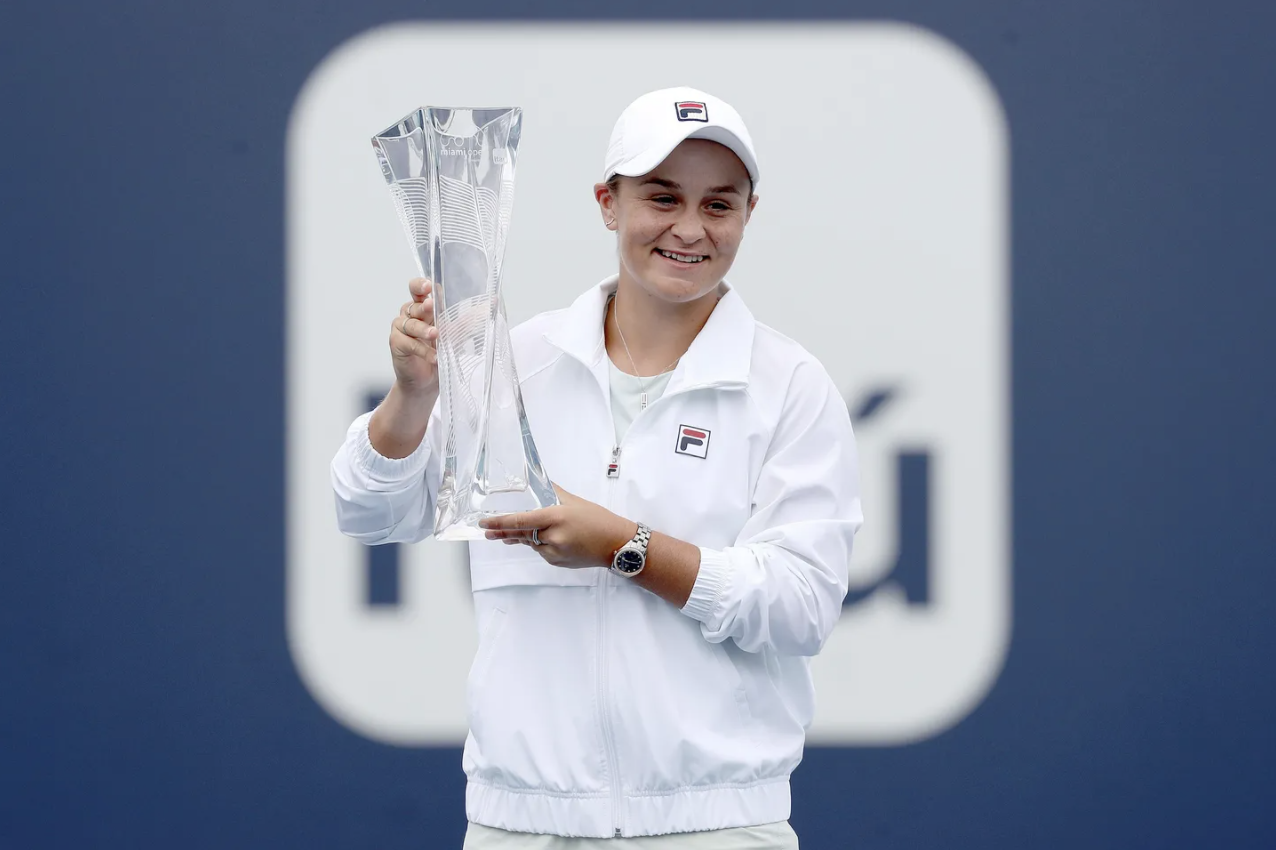 WORLD number one Ash Barty has defended her 2019 WTA Miami Open 1000 crown with a straight sets win over a sore Bianca Andreescu. The Australian top seed got up 6-3 4-0 in the match to make it 12 consecutive wins in Miami. Having defeated Top 20 talents, Belarusian duo Victoria Azarenka and Aryna Sabalenka, […] 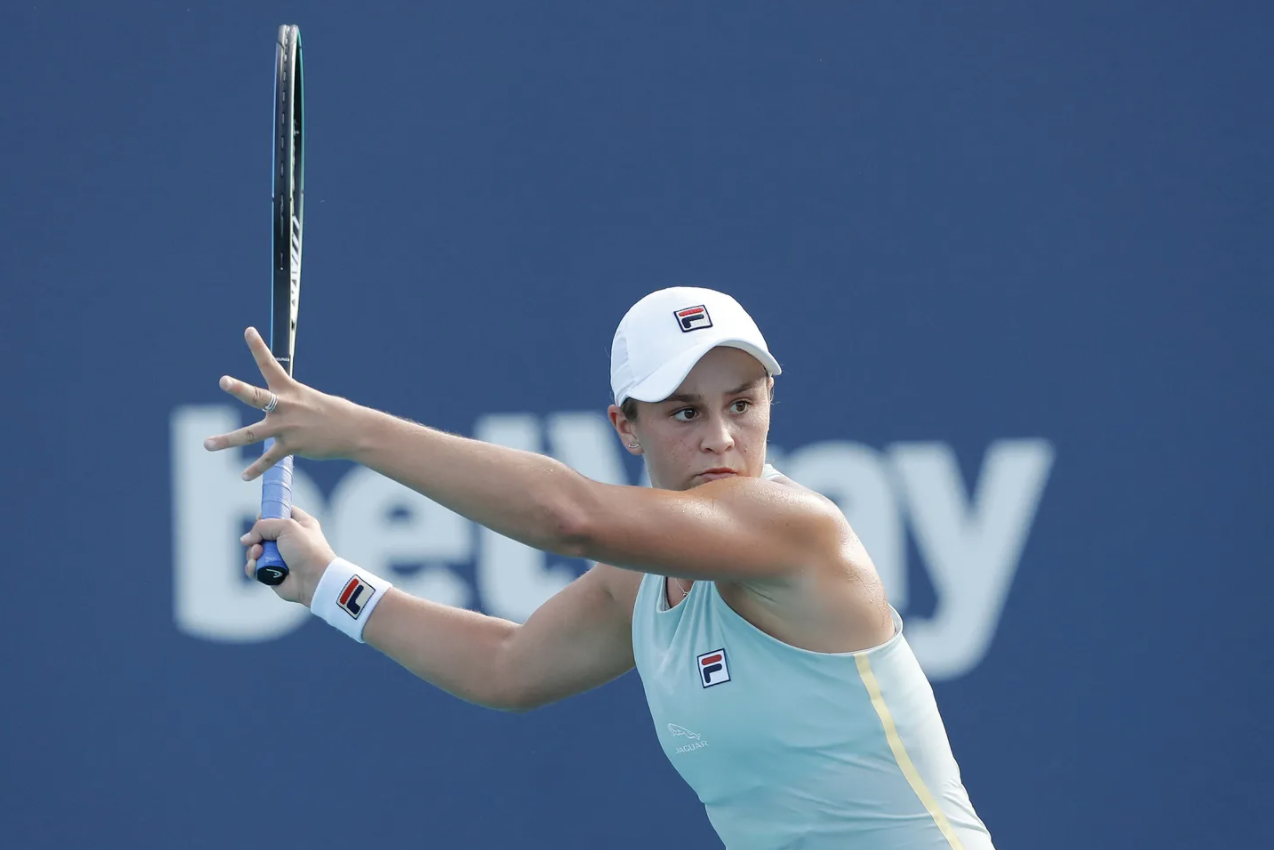 WORLD number one Ash Barty is through to the 2021 Miami Open final after defeating fifth seed Elina Svitolina in straight sets. The Australian talent took one hour and 27 minutes to shake off the Ukrainian and advance through to the decider, continuing her run of good form this year after reaching a quarter final […] 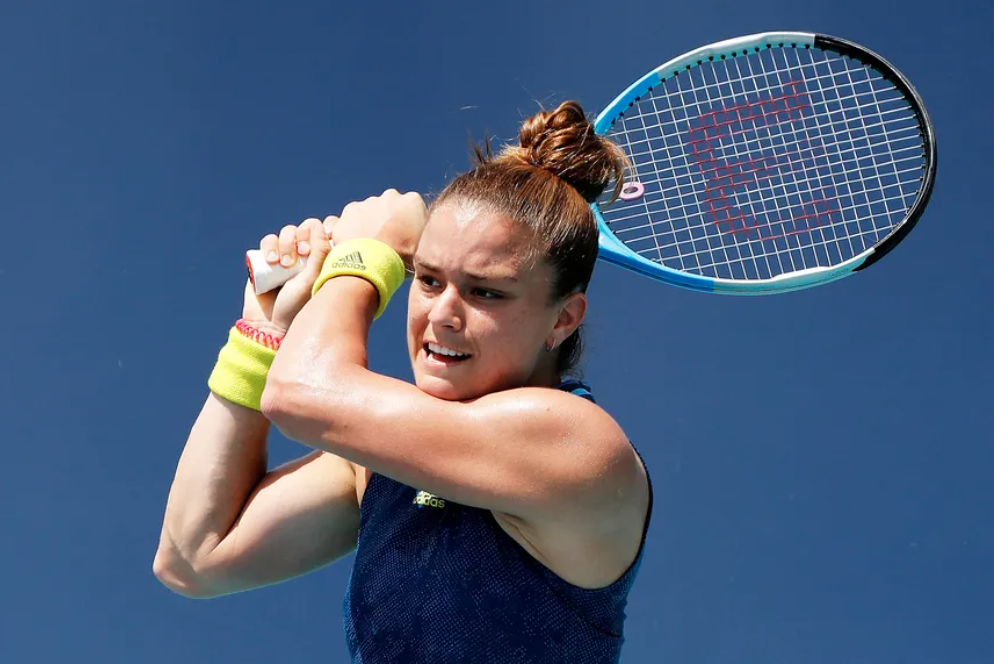 THE second Miami Open semi-final has been confirmed, with Maria Sakkari and Bianca Andreescu set to go head-to-head following respective wins on Day 10 of proceedings. Sakkari disposed of world number two Naomi Osaka, with the 23rd seed Greek talent in Sakkari got off to a flying start with a 6-0 first set before the Japanese talent […] 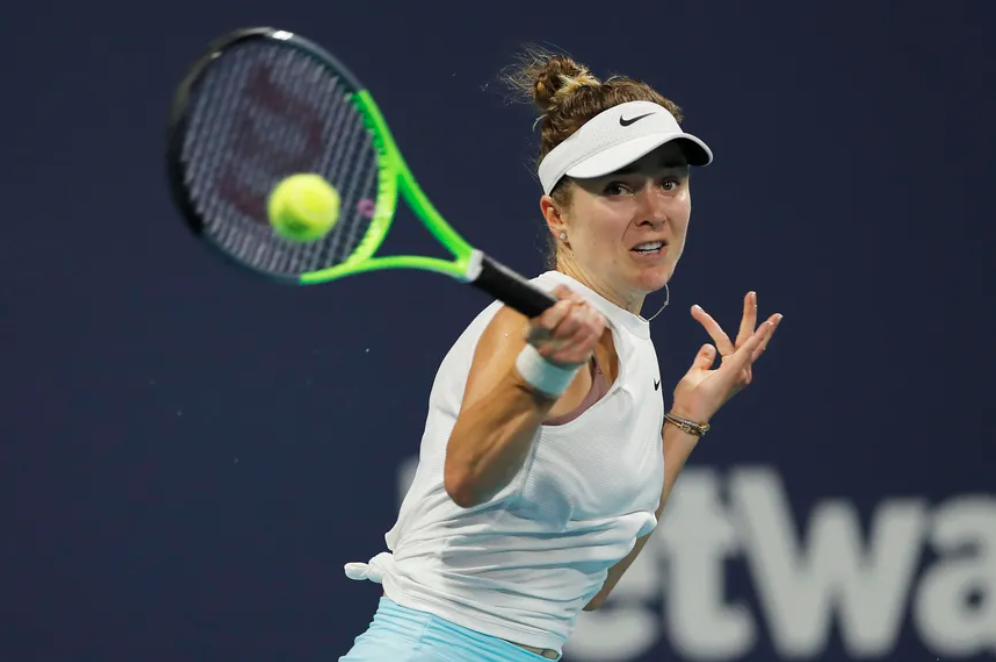 JUST two matches played out on the ninth day of tennis action at the WTA 1000 Miami Open event, as the quarter finals began with tantalising clashes that went down to the wire. The first played out between world number one Ash Barty and seventh seed Aryna Sabalenka, with the former at risk of losing her mantle if […] 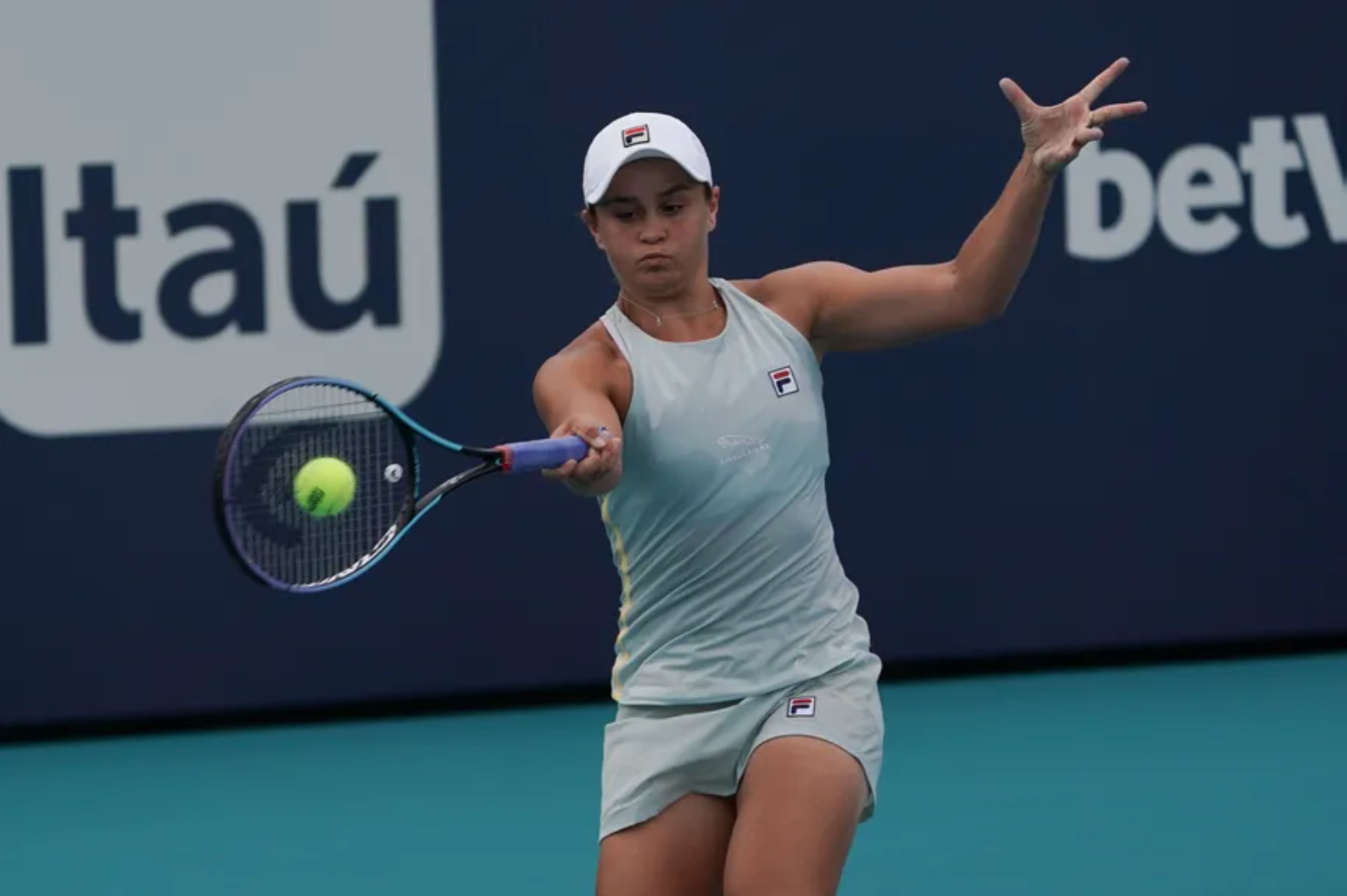 THE WTA Miami Open 1000 Round of 16 fielded majority seeded encounters on Day 8 in the United States, and while a couple of matches went exactly to plan for top talents, results went awry for others in a couple of three set battles. Top two seeds Ash Barty and Naomi Osaka both came away with wins on […] 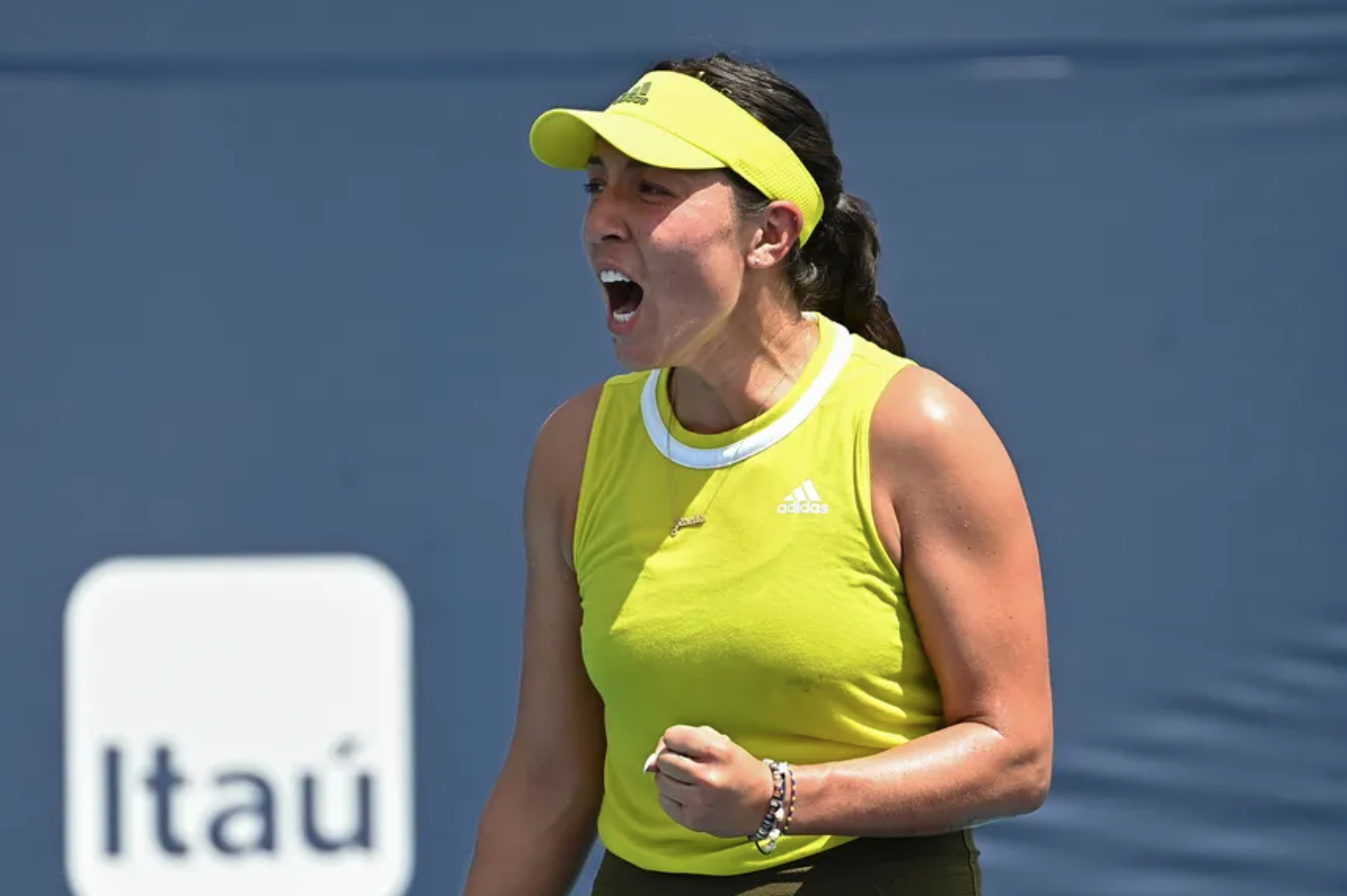 WTA Miami Open 1000: Tight clashes see Kenin and Pliskova fall in Round of 32

THE Miami Open Round of 32 is complete with a series of intriguing results setting the tone for the fourth round of proceedings as we enter the second week of the WTA 1000 event. Just one match went down in straight sets on a massive day of competition, with plenty to fight for. Top seed […]