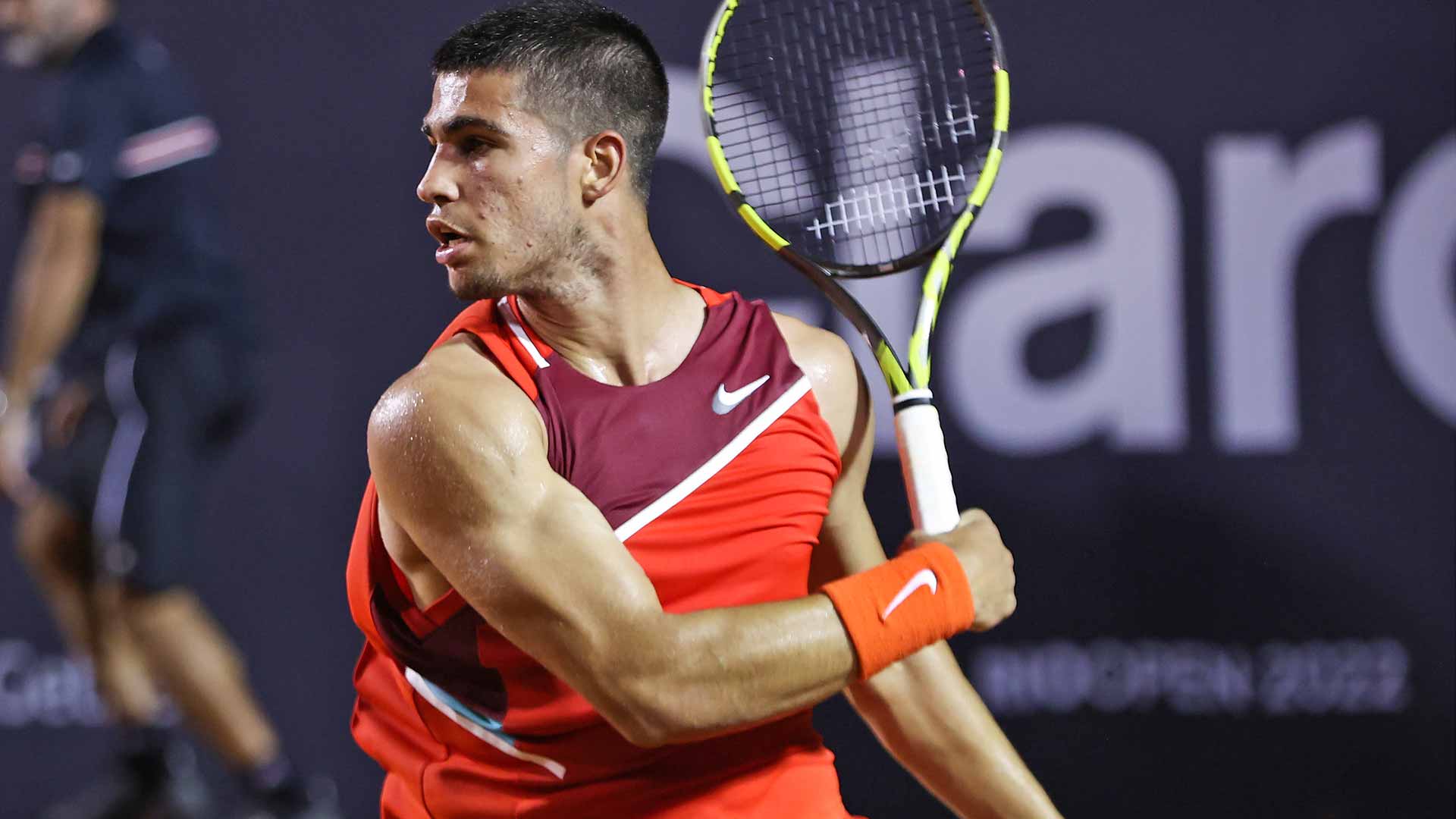 FINDING all the ATP Tour scores in one place can be difficult, so Rookie Me Central has you covered. Here are all the main draw results from the tennis tournaments heading into February 15. For the ATP Tour, they are the ATP 500 event in Rio de Janeiro, as well as the ATP 250 events in Doha, Delray Beach and Marseille.

The major showcase of the week will be the ATP 500 event in Rio de Janeiro where the first major clay event of the year takes place. The top player in action was seventh seed Carlos Alcaraz, who came from behind to put away compatrior Jaume Munar, 2-6 6-2 6-1. He joined another couple of Spaniards in the second round, as Pablo Andujar and Pedro Martinez made it through. The latter knocked off 17-year-old Chinese wildcard Juncheng Shang on his ATP debut, 6-3 6-4. In the other match, Serbian wildcarad Miomir Kecmanovic kept his good form up, winning comfortably through to the next round.

At the Qatar Open, the five higher ranked players all advanced through to the next round without too many surprises, lead by seeds, Daniel Evans and Karen Khachanov. The fifth seed Brit defeated Belarusian Egor Gerasimov in straight sets, whilst Khachanov managed to take down in-form American Mackenzie McDonald in a tight two-set contest. The three qualifiers all in action on day one suffered defeat, with Australian Christopher O’Connell, Italian Thomas Fabbiano and American Christopher Eubanks all losing. The trio to advance through to the next round were Slovakian Alex Molcan, Dutchman Botic Van de Zandschulp and Korean Soonwoo Kwon.

Only three matches were completed to kick off the latest French event in Marseille, as fifth seed Ilya Ivashka, Italian Stefano Travaglia and Frenchman Richard Gasquet won through to the Round of 16 at the Open 13 Provence. At Delray Beach, John Millman upset eighth seed Maxime Cressy in three tiebreakers to advance through to the next round. Joining him in the next round were Brandon Nakashima, Oscar Otte, Andreas Seppi and Steve Johnson.