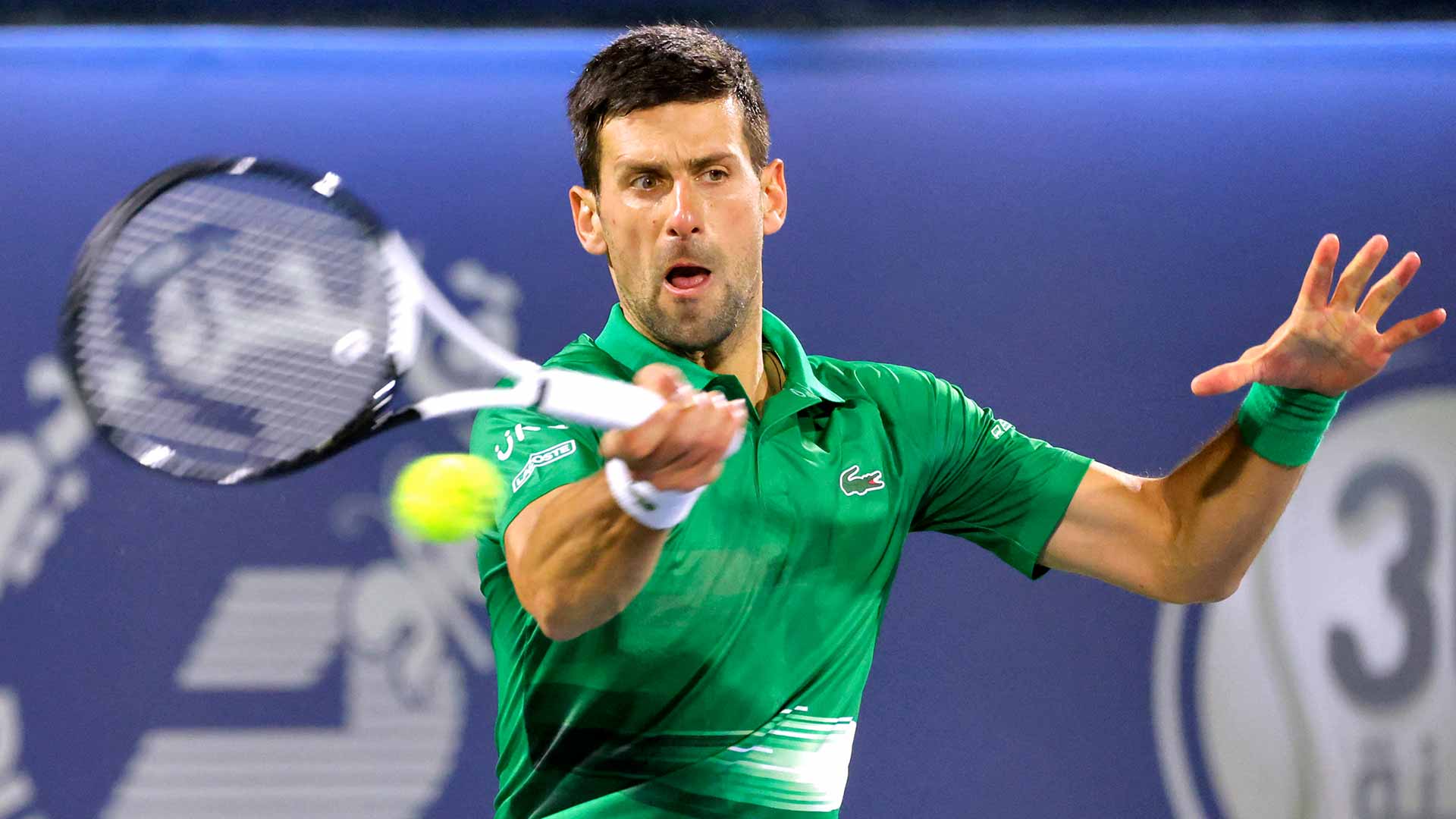 FINDING all the ATP Tour scores in one place can be difficult, so Rookie Me Central has you covered. Here are all the main draw results from the tennis tournaments from yesterday, February 21. For the ATP Tour, that is the ATP 500s in Dubai and Acapulco, as well as the ATP 250 in Santiago.

World number one Novak Djokovic made his highly-anticipated return for 2022, and kick-started his season off with a straight sets win over Italian teenager, Lorenzo Musetti. The Serbian star won 6-3 6-3 to cruise through to the second round, with the top seed the only seed out on court on day one of main draw action. Djokovic was not the only Grand Slam winner out on court however, with Andy Murray getting through a tough first round match with Australian qualifier Chris O’Connell, winning 6-7 6-3 7-5.

In other results, two qualifiers in Taro Daniel and Jiri Vesely caused a couple of upsets over former Top 20 players David Goffin and Maric Cilic respectively, whilst Serbian Filip Krajinovic came back from a set down to beat Tunisian wildcard, Malek Jaziri.

In Mexico, the day’s action is midway through, with four of the seven matches completed. In the completed contests, seventh seed Taylor Fritz knocked off Adrian Mannarino, whilst American compatriot John Isner took care of fellow veteran, Spanish wildcard Fernando Verdasco in three tight sets. Elsewhere, German lucky loser Peter Gojowczyk shocked Brandon Nakashima, whilst in the most recently completed match, Dusan Lajovic defeated Sebastian Korda by coming from a break down in the third set to win, 4-6 6-4 7-5.

Four South Americans picked up wins on the Chile clay, which opened the ATP 250 event in Santiago. Thiago Monteiro knocked off home nation hero Nicolas Jarry in straight sets. He was joined in the second round by compatriot Thiago Seyboth Wild who needed three sets to outs Argentinian lucky loser Nicholas Kicker. It was better news for the other Argentinians, with eighth seed Facundo Bagnis and qualifier Juan Ignacio Londero both winning through in their respective matches.