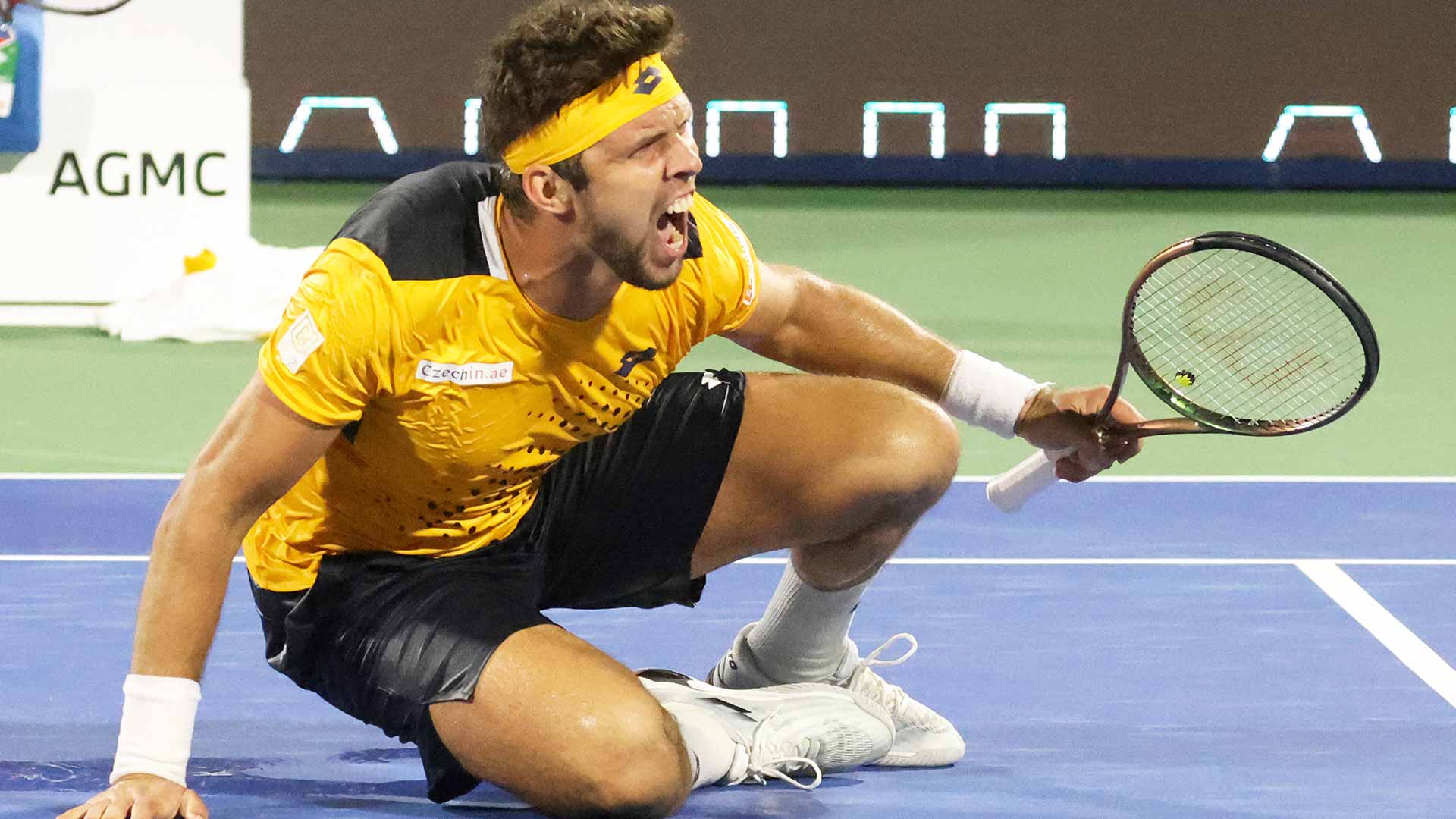 Without a doubt the biggest talking point of the ATP Tour was the upset of Novak Djokovic, with Czech qualifier Jiri Vesely remaining undefeated against the top seed, and moving to a 2-0 head-to-head record to match that of Australian Nick Kyrgios. Vesely ousted Djokovic in straight sets to not only knock the Serb out of the tournament, but also the number one position. It is the first time in 361 weeks that from Monday, Djokovic will not hold the ranking.

“Playing against Novak, he is such a great groundstroke player. “He moves really well. “You really have to earn it and fight for every single point. I think I did an amazing job today. I tried to keep the rallies short. “Of course Novak had huge support. “I love these matches playing against the best players in the world. “Having full stadiums is something I have dreamt about my whole life. ”

Vesely will now take on Canadian Denis Shapovalov in the semi-finals, following the rising Canadian’s straight sets win over Lithuanian qualifier, Ricardas Berankis. Fifth seed Hubert Hurkacz proved too good for Italian young gun Jannik Sinner in the other quarter final, and will now take on Andrey Rublev, who came back from a set down to post a three-set win over Mackenzie McDonald.

The big guns all fired in a predictable day at Acapulco, Mexico, with new world number one, Daniil Medvedev cruising past Japanese qualifier Yoshihito Nishioka. His next opponent will be the only player yet to lose in 2022, with Australian Open winner Rafael Nadal pushing past American Tommy Paul in a dominant first set before a tight second set tiebreak. In other results, third seed Stefanos Tsitsipas defeated Marcos Giron, whilst in the latter game Cameron Norrie was predicted to get up over Peter Gojowczyk as the pair took the court at the time of publishing.

The quarter finalists of the lower ranked Santiago ATP 250 event have been determined, with top seed Cristian Garin bundled out of the event in straight sets. He suffered defeat at the hands of Chilean wildcard Alejandro Tabilo, and Garin’s season going from bad to worse on his sacred surface of clay. Also through to the quarter finals were fourth seed Pedro Martinez and sixth seed Miomir Kecmanovic, with Martinez playing the only three-setter of the day to win, 6-4 5-7 7-5. Rounding out the quartet through to the last eight was German Yannick Hanfmann, who knocked off Brazilian Thiago Seyboth Wild.