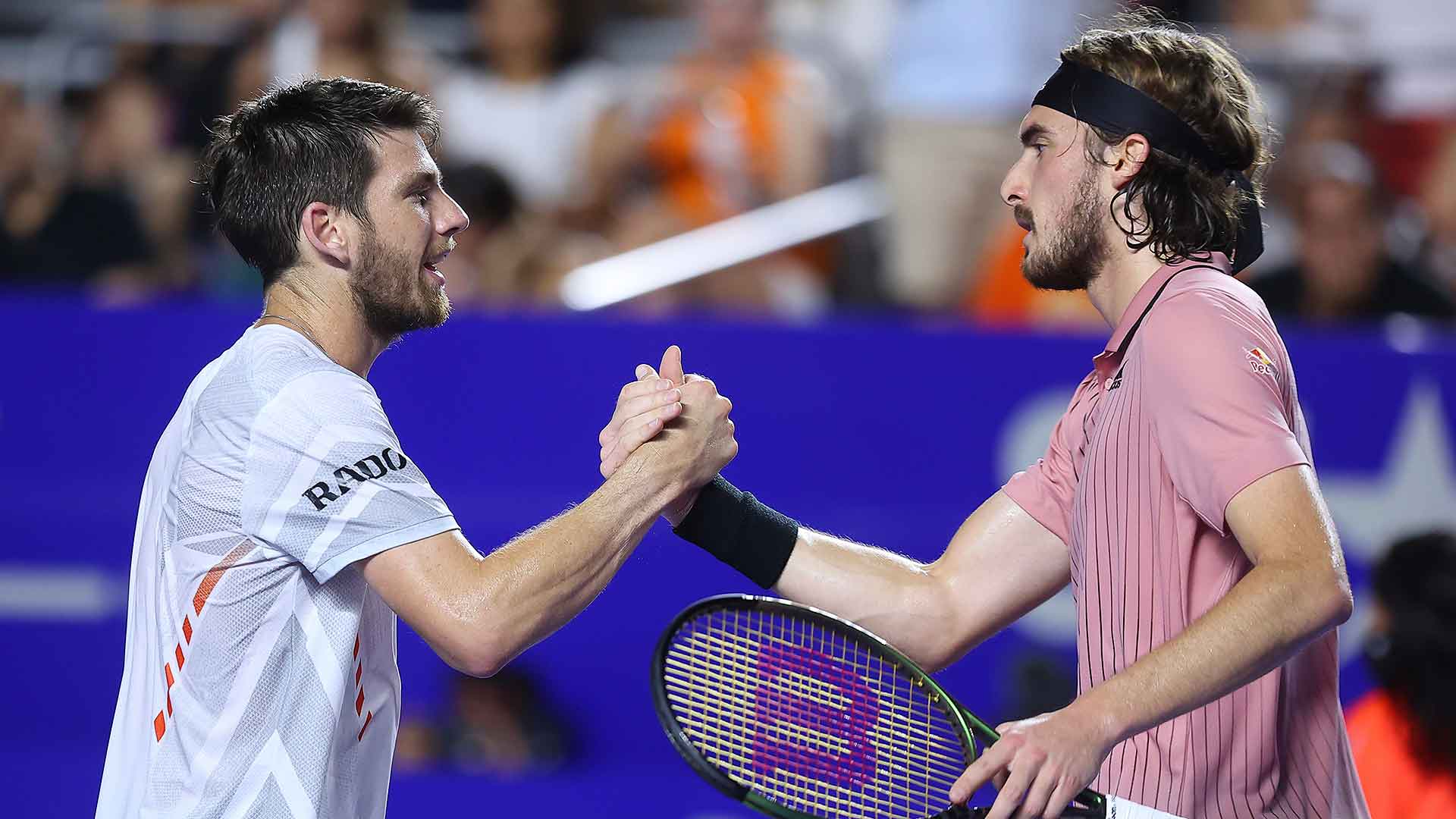 In Dubai, Jiri Vesely continued his dream run from qualifying to reach the ATP 500 final after dismissing sixth seed Denis Shapovalov in an epic three-set battle. The Czech dropped the first set in a tiebreaker, but then came back to win the next two in the same fashion and salute, 6-7 7-6 7-6 in three hours and 12 minutes. The win gave the world number 123 – and former Top 40 player – a chance at his third career title. He now faces second seed Andrey Rublev who had a similarly epic battle against fifth seed Hubert Hurkacz, before winning 3-6 7-5 7-6.

British sixth seed Cameron Norrie has reached his second consecutive title, continuing his remarkable 2021 season with a hot start to 2022. After winning at Delray Beach last week, the world number 12 is now into another final with the chance to make it four career titles, and best his current career-high ranking. Norrie defeated world number four Stefanos Tsitsipas in straight sets, 6-4 6-4. Standing between him and success is Australian Open winner Rafael Nadal, who for the second time in a month, toppled Daniil Medvedev in the other semi-final. Medvedev had already earned the title of world number one from Monday, but it could not stop him going down to Nadal, who again bested him, this time in straight sets.

A round behind the higher-ranked tournaments, the Chile Open semi-finalists were determined yesterday, with three of the four seeds booking their spots in the final four. Second seed Albert Ramos-Vinolas is the highest ranked player remaining, defeating eighth seed Facundo Bagnis. He was joined in the final four by compatriot and fourth seed Pedro Martinez, Argentinian seventh seed Sebastian Baez, and Chilean wildcard Alejandro Tabilo. The latter has enjoyed a good run at the tournament, taking out sixth seed Miomir Kecmanovic in the quarter finals after upstanding top seeded and higher-ranked compatriot Cristian Garin in the Round of 16.