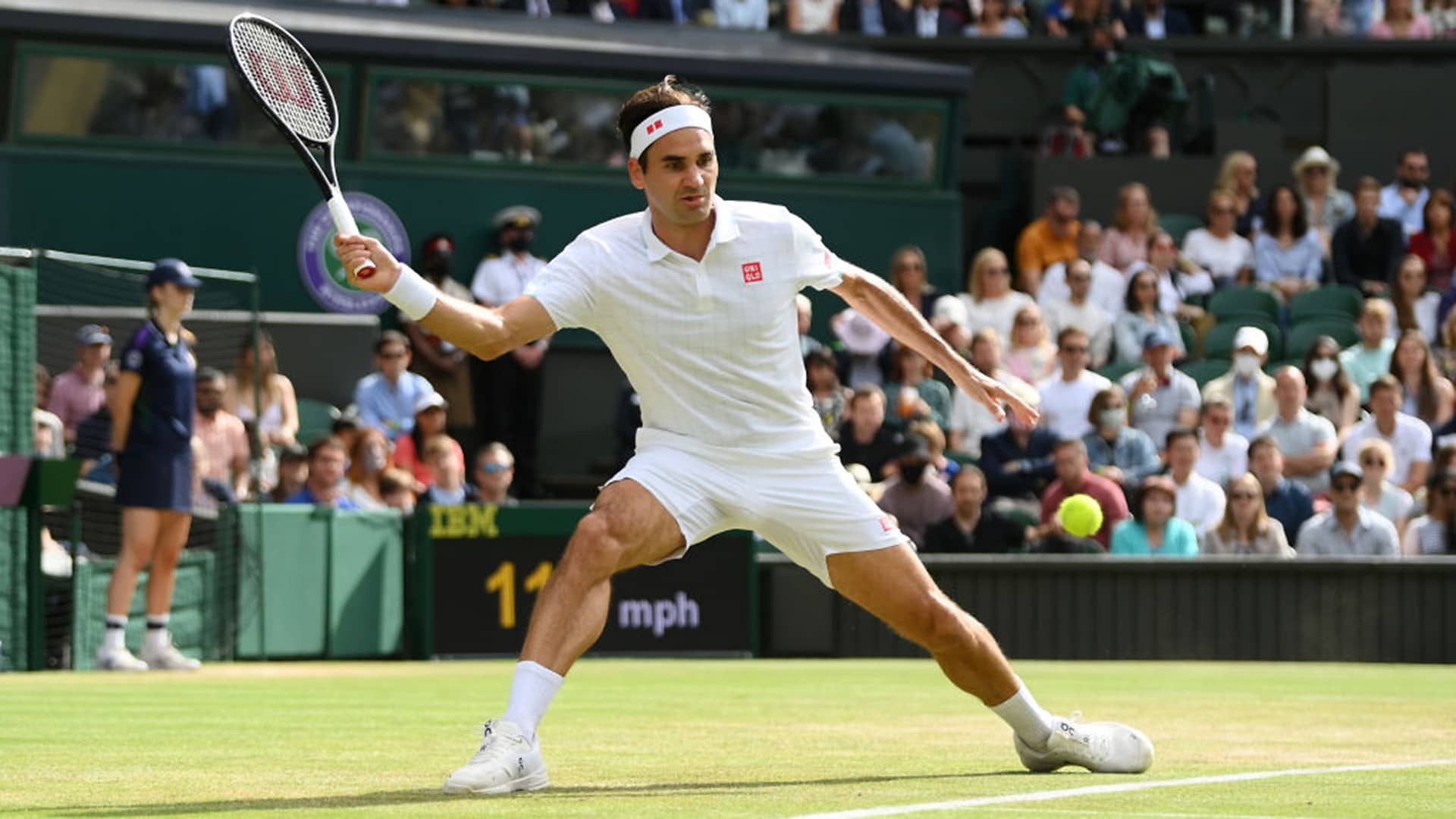 IT was a fairly comprehensive sixth day for the seeds in action at Wimbledon, as all bar one match featured a winning seed and that remaining match playing out between unseeded competitors. A trio of Australians dropped as Italians prevailed and Roger Federer continued his sparkling run.

Federer required two hours and 35 minutes to claim his third round victory over Brit Cameron Norrie, recording a whopping 1,250th win of his career in the process. While Federer appeared to have the early advantage and looked keen to serve out the match in three, the British 29th seed bit back before Federer eventually took out the 6-4 6-4 5-7 6-4 battle.

“I’m super relieved as it was a tough battle,” Federer said. “I was so close to serving it out in the third set and I thought he played excellent today. I think I kept a high-level of play, but he did well to break me at the end of the third set. Overall, I can be very happy with the way I played.”

“I thought I was extremely calm throughout the match,” Federer said. “Maybe that’s why I saved all the emotions for the very end. It meant a lot to me, because, I thought actually [that] I played a really good match throughout, except maybe that one game where Norrie [broke] me.

“Credit to him for pushing me. I know he’s had a really good season so far. He’s played a ton of matches and a lot of tournaments… That’s why I was extremely happy that I found ways to fight back in that fourth set.”

Meanwhile, Daniil Medvedev survived a close shave against 32nd seed Croatian Marin Cilic, trailing the first two sets before turning the tides during the third to control the remainder of the 6-7 3-6 6-3 6-3 6-2 clash – the only five setter of the day, and longest by close to an hour, requiring three hours and 36 minutes to complete.

“It was an unbelievable match,” Medvedev said in an on-court interview. “I think tennis fans always enjoy watching players come back from two-sets-to-love down and for it to be five sets. I certainly do so when I watch tennis on the TV. It’s my first comeback [from 0-2 sets down], and actually what’s amazing is against David Goffin at Wimbledon in 2019, I was two-sets-to-love down and I had a break in the fifth set, but I lost. So when I left the court after the fourth set today, I told myself, ‘It’s not going to be another one of those’.

A couple of Italians made history with their respective third round wins, as seventh seed Matteo Berrettini claimed his 100th tour-level win over Slovenian Aljaz Bedene to earn his place in the fourth round for the second time, while 23rd seed Lorenzo Sonego‘s victory over Australia James Duckworth marked the first time since 1955 that two Italian men have advanced to the final 16 at Wimbledon, and just the third time in history.

Duckworth’s compatriots did not fare much better, as Jordan Thompson fell to Belarusian Ilya Ivashka in three (6-4 6-4 6-4), while Nick Kyrgios was forced to retire following a medical time out, citing an abdominal injury following a blistering first set. His opposition, 16th seed Felix Auger-Aliassime, claimed the 2-6 6-1 victory in the process.

“I’m sorry for Nick, he was playing so well in the first set,” Auger-Aliassime said in an on-court interview. “It’s really unfortunate, in front of a packed crowd. We both love playing here and there were some big expectations for this match. We were hoping to put on a good show and entertain the crowd, so it’s unfortunate that he had to retire. I hope it’s nothing too serious and that we’ll see him back during the US swing.”

“I haven’t played this level of tennis in a long time, and obviously playing someone as good as Felix I would want my main weapon, my serve, to be firing,” Kyrgios said in his own interview. “I just felt my ab, I definitely did something to it at the end of the first set. But that’s the way it goes… He’s a hell of a player and he’s going to do great things in this sport.”

WIMBLEDON ROUND OF 32 RESULTS: