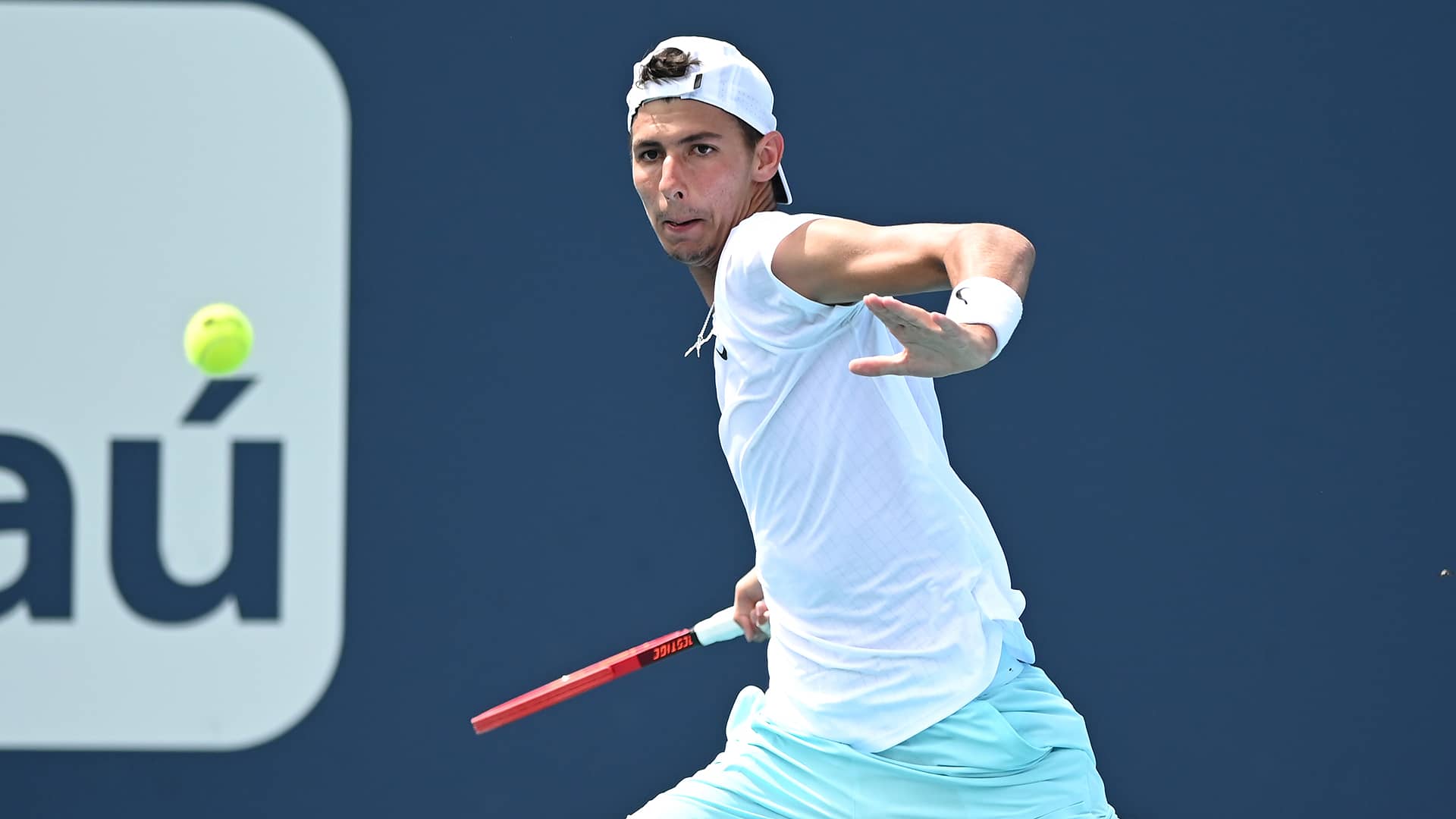 AUSTRALIAN young gun Alexei Popyrin has produced a stunning comeback after dropping the first set to love, to book a second round spot in the 2021 Monte Carlo Masters 1000 event. Popyrin fell 6-0 down against Spaniard Pablo Andujar, then somehow managed to pick himself off the canvas to post a 0-6 6-2 7-6 victory in one hour and 58 minutes.

Popyrin served seven aces for five double faults, a far better ratio than his opponent, though Andujar was much more efficient with his serve, producing a 65 per cent efficiency to the Australian’s 47 per cent. Popyrin also won 71 per cent of his first serve points compared to Andujar’s 66 per cent. Neither player was particularly dominant on their second serve, with Popyrin taking 56 per cent of the points off Andujar, while the Spaniard won 48 per cent of Popyrin’s second serve. In the end just four points separated the players as Popyrin won 91 to 87 in the match.

The Australian – who had to come through qualifying – moved to a 12-4 record this season, and won his 14th tiebreaker from 17 chances, a remarkable amount of tiebreakers in just 15 matches – greater than one per match. His maiden title in Singapore has seen him get on the board on the ATP Tour, but he also has four Top 50 victories to his name, and will now take on French wildcard Lucas Pouille in the second round. Popyrin has an open draw into the the quarter finals if he is good enough, following Alejandro Davidovich Fokina‘s upset of Matteo Berrettini.

Davidovich Fokina defeated the eighth seed Italian 7-5 6-3 in their clash, to book a spot in the third round and await the winner of Popyrin and Pouille. The pair met at the Australian Open third round last year, with the Frenchman winning an absolute classic in five sets, 7-6 6-3 6-7 4-6 6-3 after the Australian came from two sets down to force a fifth set, including holding his nerve in the third set to win the tiebreaker 12-10.

Davidovich Fokina was pleased with his upset of Berrettini to advance and have a rest before his next match, and noted he was aware that the Italian rising talent was returning from injury.

“I’m very happy with this win. I’m very excited to defeat a Top 10 player,” Davidovich Fokina said post-match. “Last year I faced a couple of Top 10 players and I came close, but I couldn’t close them out. “But here I am improving every day, I’m playing better and better. “I also knew that Matteo was coming back from an injury and he wouldn’t have a lot of rhythm. I was able to take advantage of that today.”

The other Round of 32 match saw fourth seed Stefanos Tsitsipas advance with a straight sets win over the dangerous Aslan Karatsev, 6-3 6-4. The Greek star will now await the winner of 16th seed clay court specialist Cristian Garin and Australian John Millman. In other results, the seeds all advanced with Spanish duo Roberto Bautista Agut and Pablo Carreno Busta, Pole Hubert Hurkacz, Bulgarian Grigor Dimitrov and Italian Fabio Fognini all joining Garin – who knocked off Canadian young gun Felix Auger-Aliassime – in the second round.

Norwegian Casper Ruud set up a tantalising clash with fellow clay courter Diego Schwartzman, as Argentinian qualifier Federico Delbonis advanced past Adrian Mannarino to have the tough job of matching Rafael Nadal on the clay. Italian teenager Jannik Sinner got past Albert Ramos-Vinolas 6-3 6-4 and now faces top seed Novak Djokovic in the Serbian’s first match since his Australian Open triumph. It was not a great day for the Serbians overall, with Miomir Kecmanovic, Dusan Lajovic and Laslo Djere all knocked out in the first round, and Filip Krajinovic advancing thanks to a retirement from Georgian Nikoloz Basilashvili. Other winners were Great Britain’s Daniel Evans, France’s Jeremy Chardy, Russia’s Karen Khachanov and a trio of Italians in Lorenzo Sonego, and qualifiers Marco Cecchinato and Salvatore Caruso.

MONTE CARLO MASTERS ROUND OF 32 RESULTS:

MONTE CARLO MASTERS ROUND OF 64 RESULTS: