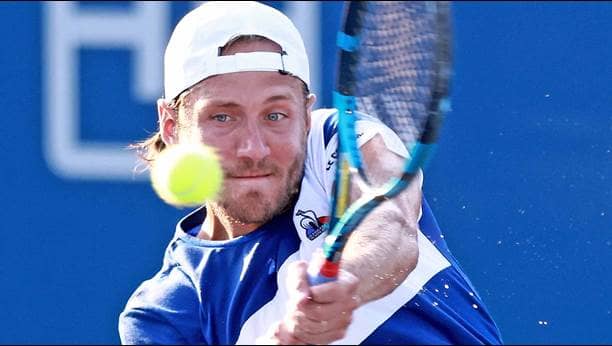 WINSTON-SALEM continued today with a plethora of interesting results as qualifiers continued their winning runs to pass the opening round and the first two players reached the third round.

The qualifying winners were split evenly with Australian Alexei Popyrin and Frenchman Lucas Pouille both claiming straight sets wins against American Steve Johnson and Spaniard Feliciano Lopez respectively to head into the second round. Fellow qualifiers Wu Tung-lin and Denis Kudla fell to Gianluca Mager and Emil Ruusuvuori, respectively, with the latter winning a comprehensive 80 per cent of his first serve points in what was the difference against Kudla. No Americans made their way through on the second day of events, while Lopez’s compatriot Jaume Munar was also unsuccessful, shaky in defeat against Japanese lucky loser Yosuke Watanuki, claiming the first set before his 23-year-old opposition fired in the second and third to record the 3-6 6-3 6-0 win.

Mager was the only Italian to earn a win as an error-strewn Federico Coria overcame Lorenzo Musetti in a tough two hour and 44-minute clash, claiming the 6-4 4-6 6-4 result in the heat, as Andreas Seppi fell to Belarusian Ilya Ivashka. Jordan Thompson fired off 11 aces against Argentinian Guido Pella to earn a 6-1 1-6 6-3 result while in the Round of 32 results, 14th seed Richard Gasquet claimed a hard-fought 7-6(4) 7-6(6) victory over Egor Gerasimov, weathering the Belarusians 13 aces and great first serve with his impressive return. German Dominik Koepfer completes the day’s winning list, defeating a similarly error-ridden Marco Cecchinato 5-7 6-4 6-4 for athird round berth.

WINSTON-SALEM OPEN ROUND OF 64 RESULTS:

WINSTON-SALEM OPEN ROUND OF 32 RESULTS: