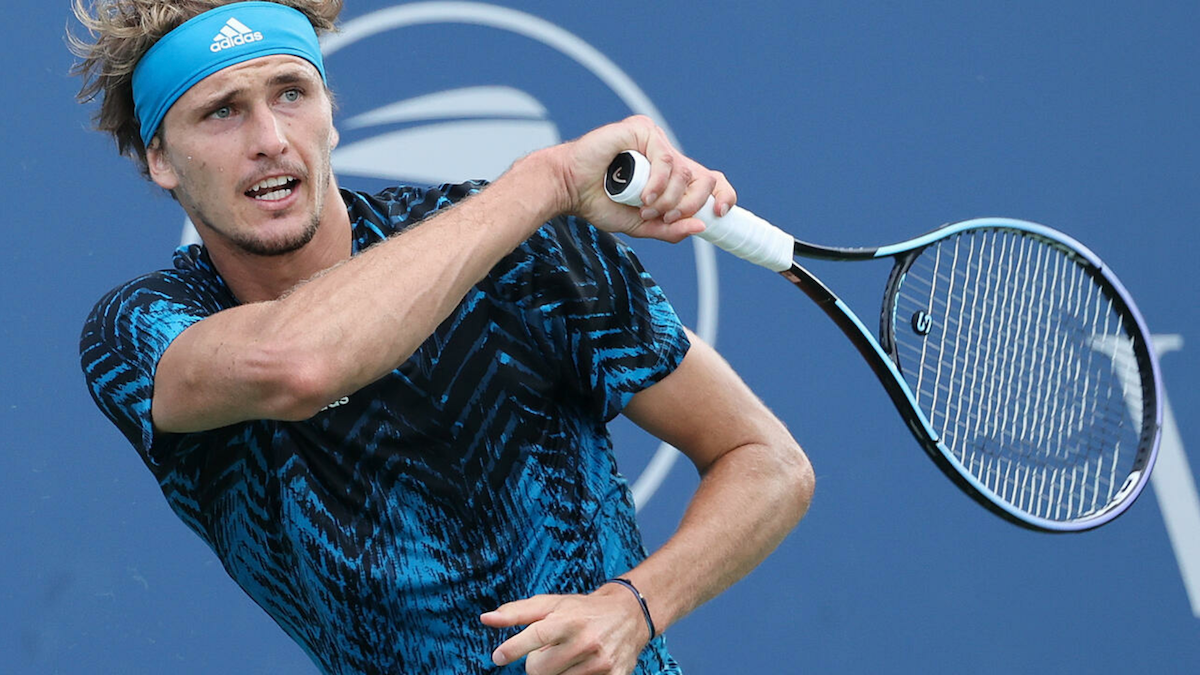 A HUGE final between two in-form players was always set to be a blockbuster, as third seed Alexander Zverev and fourth seed Andrey Rublev shaped up in a massive contest for the Western and Southern Open title in Cincinnati. Despite Rublev’s best efforts, Zverev was too good claiming a swift 6-2 6-3 result to be done and dusted in just 59 minutes.

With no prior wins at the event before this week, Zverev proved his own growth and development with a scintillating week on the hard courts, backing up his Tokyo 2020 Olympics gold medal and, in turn, earning his fourth title for the season.

“The first win I ever had on these courts was on Wednesday, four days ago, and now I have my first title here,” Zverev said post-match. “It has been an incredible week, a lot of great matches. It is an incredible feeling going into the US Open.”

Zverev got off to an excellent start, firing out of the blocks to lead 3-0 in the opener credit to his effective service games. He forced the Russian into uncharacteristic errors and movement, capitalising on every opportunity that came his way to close the match out in two sets. While Rublev fired off 11 aces, Zverev capitalised well off his first serve winning a whopping 93 per cent of points off a 72 per cent clip.

“I was playing pretty good tennis,” Zverev said. “I did not do a big celebration because I know how Andrey feels as well because we have been best friends since we were 11 years old and I know he is seeking his first Masters 1000 win, but it is going to come very soon I think.

“I don’t want to get ahead of myself yet. I won the gold medal and just won a Masters, which I am very happy about and am looking forward to New York.”

Rublev said that he is proud of his achievement, making it to his second ATP Masters 1000 final this year, but that he needs to work on the mental side to earn a trophy at the level.

“Maybe you need to win at least once… to find this key,” Rublev said. “Sometimes when you’re losing match by match, in the end it’s not easy. And you can see that the way I lost a couple of times to him [did not feel] real, because it’s a bit too easy, the score is much easier, and the match is much easier than it should be.

“We play in practices, and it’s always… tough sets. You can see that we play a similar level. And then when you go [into the] match and you’re losing like today, 2 and 3, it’s more mental. It’s not about game.

“It’s all about [the] mental [side] that you need to find the key how to behave inside of yourself in these matches. Because the game is there, so it’s not about the game.”

The Winston-Salem Open got underway today, seeing a mixed bag of results across the board as not one nation saw more than one winner on the opening day. Andy Murray earned an opening round win with a straightforward 58-minute blitz of American lucky loser Noah Rubin, while Rubin’s compatriot Marcos Giron was much more convincing in his 7-5 6-4 victory over Argentinian Facundo Bagnis. Italian Marco Cecchinato was not worried by the third American in Tennys Sandgren, while the second Italian on court in Stefano Travaglia fell to Swede Mikael Ymer in a topsy-turvy 6-2 1-6 6-2 result. Of the remaining four matches, two went to three sets with Egor Gerasimov surviving a second set hiccup against Slovakian Norbert Gombos to register a 7-6(6) 3-6 6-3 result as Brazilian Thiago Monteiro outlasted Australian James Duckworth in a tight 6-4 4-6 7-6(5) clash. The last two straight set results went the way of Korean Soonwoo Kwon and Frenchman Gilles Simon, respectively, as veteran, Simon overcame compatriot Arthur Rinderknech.

WINSTON-SALEM OPEN ROUND OF 64 RESULTS: