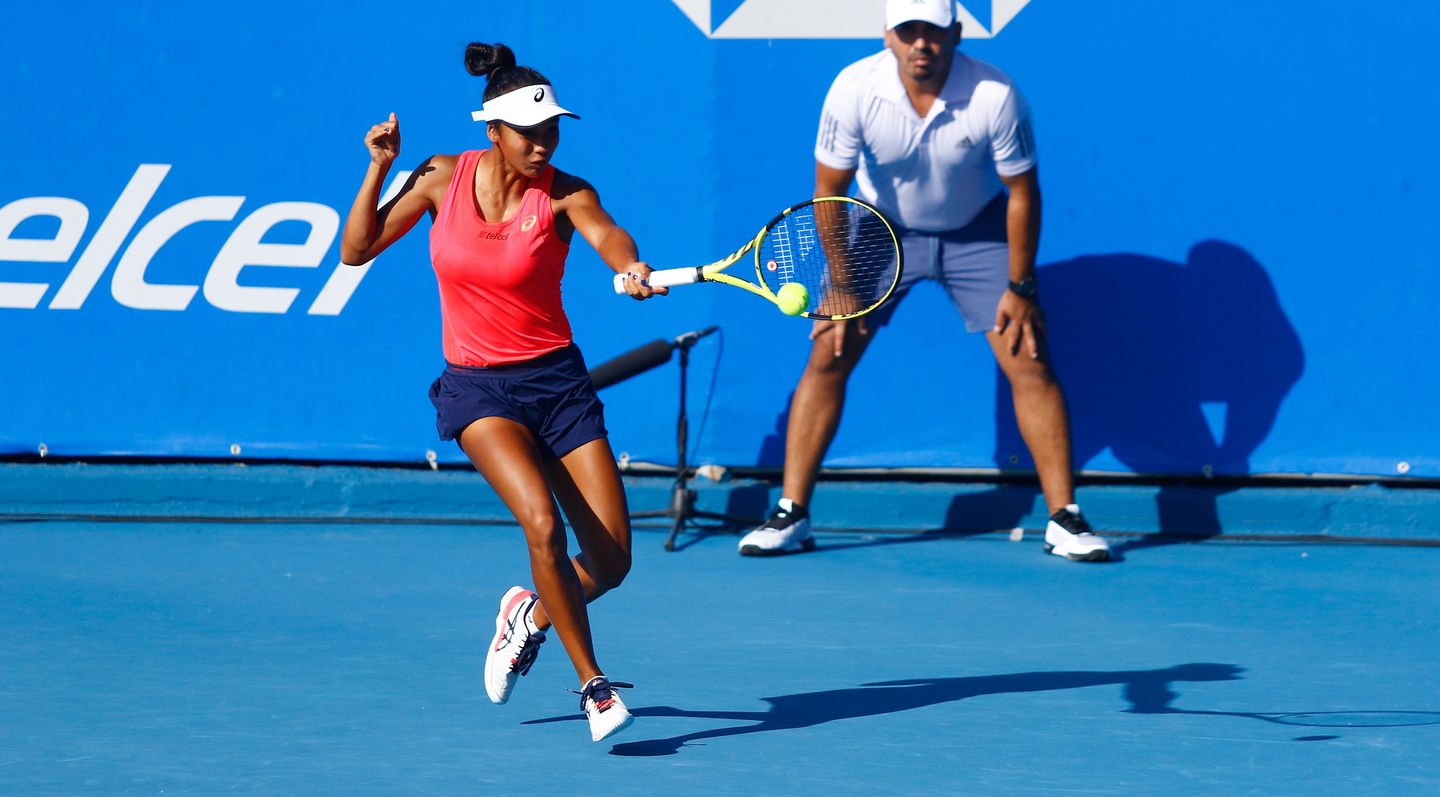 THREE teenagers are through to the final eight in Acapulco on the women’s draw, while it was less positive for three of the world’s brightest stars on the men’s draw.

American qualifier, Tommy Paul has caused a massive boilover by downing German top 10 player and number two seed, Alexander Zverev in the Round of 32. Paul won 6-3 6-4 to progress through to the last eight, showing signs of how he made it to the Adelaide International semi-finals. The American 22-year-old won in an hour and 28 minutes as Zverev’s bad serve came back to haunt him, putting down nine double faults to go with only three aces, and a serving efficiency of 54 per cent. The German world number seven still won 84 per cent of his first serve points, but with his second serve points sitting at 41 per cent, it gave Paul the chances he needed to break, and took two from eight with the one break per set enough to claim the win. The American himself served well with five aces and a 65 per cent serving efficiency, while winning 76 and 54 per cent of his first and second serve points respectively. He also saved all four break point opportunities for his highly rated opponent and blew the draw right open. He has shot up nine spots on the ATP Tour ranking to 57th in the world and while it is unlikely he takes out the tournament, Paul could move to be the second ranked American overall if he can get there, with ironically John Isner and Taylor Fritz his likely two next opponents.

Isner made it through following a 6-3 7-6 win over American qualifier, Marc Giron, as Fritz became the third American in the final eight with a 6-4 6-1 win over emerging Frenchman, Ugo Humbert. The other big upset of the day was Kyle Edmund‘s win over fourth seed, Felix Auger-Aliassime with the Brit downing the 19-year-old Canadian, 6-4 6-4 to reach the quarter finals. In the top half of the draw, number one seed Rafael Nadal and number three seed Stan Wawrinka are on track for a semi-final clash after respective wins over Miomir Kecmanovic and Pedro Martinez in straight sets. They have to get past South Korean, Soonwoo Kwon and seventh seed Bulgarian, Grigor Dimitrov first however after the pair also earned spots in the last eight.

ATP ROUND OF 16 RESULTS:

Yesterday we warned everyone that a teenage prodigy was rising up the ranks and that rise continued with a stunning straight sets win over the eighth seed. Canadian Leylah Fernandez is one of the next big things to hit the WTA Tour and in the Round of 16 match against Nao Hibino of Japan, she won in a blitz 6-3 6-0. The world number 71 seemed helpless to stop the world 190th, with the 17-year-old Canadian really stamping her authority in the past month, reminding onlookers of Bianca Andreescu‘s rise in 2018/19. In the match against Hibino, Fernandez needed just 64 minutes to claim the win, serving at an efficiency of 64.9 per cent, and winning the same percentage of first serve points and a higher percentage (70 per cent) of second serve points. Remarkably, she broke from all five of her opportunities – three of which came in a dominant second set – while Hibino could only break her younger opponent once from five chances. In the second set, Fernandez won a mind-boggling 24 of 29 points played, with Hibino going to water on her serve, winning just two of 14, and then three of 15 off the Canadian’s serve. Already Fernandez is up to 158th in the world and a win in the quarter finals would move her up to 140th overall. If the teenager was to win the event, she could potentially rise as high as 108th in the world.

It must be something in the water at Acapulco, because the teenagers are firing on all cylinders. Wang Xiyu, an 18-year-old Chinese talent overcame a tough couple of sets to blow past experienced Italian qualifier, Sara Errani 7-5 5-7 6-1 to show the former world number five who was boss. Meanwhile another 18-year-old, Anastasia Potapova saw over German, Tatjana Maria – 14 years her senior – in straight sets, 6-3 6-3. In other results, seventh seed Zhu Lin advanced with a hard-fought 7-6 7-5 victory over Katie Boulder, while the latter’s Brit compatriot, Heather Watson won through as the seventh seed with a win over Ukraine’s Kateryna Bondarenko 7-6 6-2. From the unseeded point of view, Mexican wildcard Renato Zarazua continued her run to the last eight, joined by United States’ Christina McHale and Slovenia’s Tamara Zidansek who both beat compatriots in qualifier Caroline Dolehide and Kaja Juvan respectively.

WTA ROUND OF 16 RESULTS: