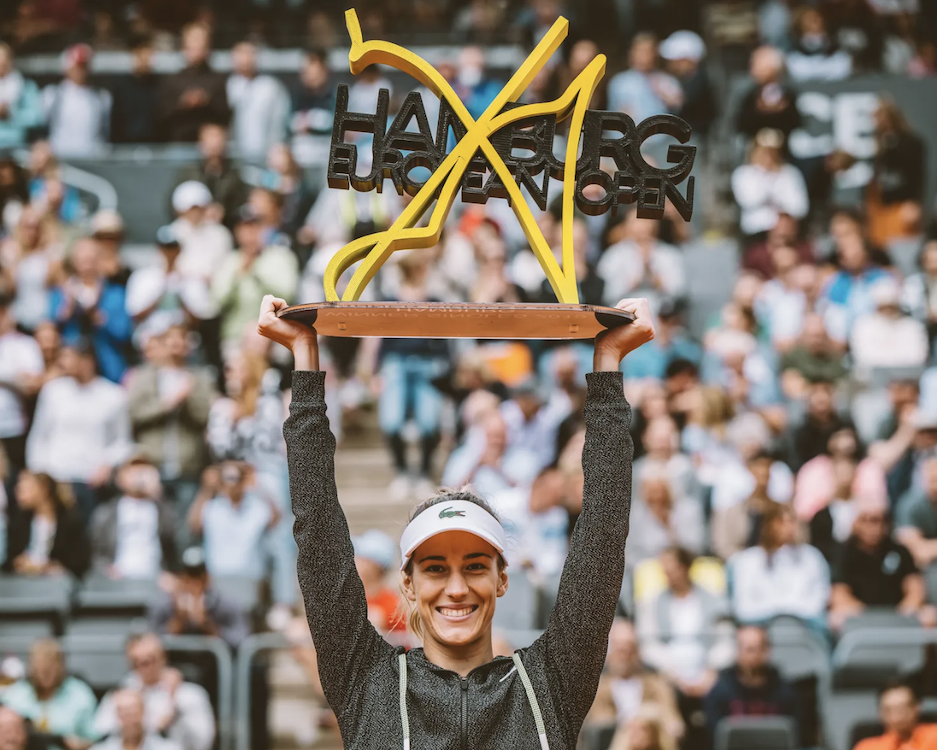 AMERICAN Bernarda Pera took 10 years to win her first title, but the Croatian-born 27-year-old has reeled off two on the trot with her latest victory coming in Hamburg against top seed Anett Kontaveit. Pera has now won 12 matches and two titles in a row, winning in Budapest and now Hamberg to become a two-time WTA Tour title winner. Her first 11 wins in the streak were impressive, but she saved the best until last, taking down the world number two Kontaveit, 6-2 6-4.

The world number 81 – who was way back in 130th prior to her Hungary title -went through qualifying in Budapest to crack through for her maiden title, rising 49 places in the process. Her inning run continued against red-hot favourite Kontaveit in the Hamburg final, crushing her with consistency, winning 71 and 60 per cent of her first and second serve points off a 73 per cent clip. She only dropped 15 points on serve, and was broken just once, whilst she broke Kontaveit four times and claimed 53 per cent of the Estonian’s second serve points.

By winning, Pera has now risen to a career-high 54th in the world, beating her previous best of 59th from March 2020. It means the American has risen a whopping 76 spots in two tournaments, and has guaranteed her automatic place in the US Open. Pera will take a well-earned break this week with the San Jose WTA 500 event the next one on her calendar in a big month in her home nation.

In Palermo, sixth seed Irina-Camelia Begu upset fourth seed Sara Sorribes Tormo to reach the WTA 250 event final. The Romanian came from a set down to win 3-6 6-3 6-4 over the highly fancied Spaniard, and will now take on Lucia Bronzetti. In an all-Italian clash to delight the home fans, Bronzetti came back from a bagel set down to put away the higher ranked Italian in Jasmine Paolini, 0-6 6-3 6-3.

Back at Hamburg in the men’s ATP 500 event, the future of tennis will face off in the final, with Spanish teenager Carlos Alcaraz taking on Italian young gun Lorenzo Musetti. Two of tennis’ brightest stars, Alcaraz was top seed at the event, and he took care of Slovakian Alex Molcan to win 7-6 6-1 and book his spot in the decider, while Musetti knocked off the in-form Francisco Cerundolo 6-3 7-6 to deny the Argentinian back-to-back ATP Tour titles.

In Gstad, the top two seeds lived up to the pre-tournament billing, with Casper Ruud and Matteo Berrettini both reaching the final of the Swiss Open event. Ruud destroyed fourth seed Albert Ramos-Vinolas 6-2 6-0 to make it through to the decider of the ATP 250 event, while Berrettini was too good for Dominic Thiem, ending the returning Austrian’s run at the semi-final stage with a 6-1 6-4 victory. Berrettini missed Wimbledon due to COVID-19, but has reached the clay court final in Hamburg after the impressive performance.