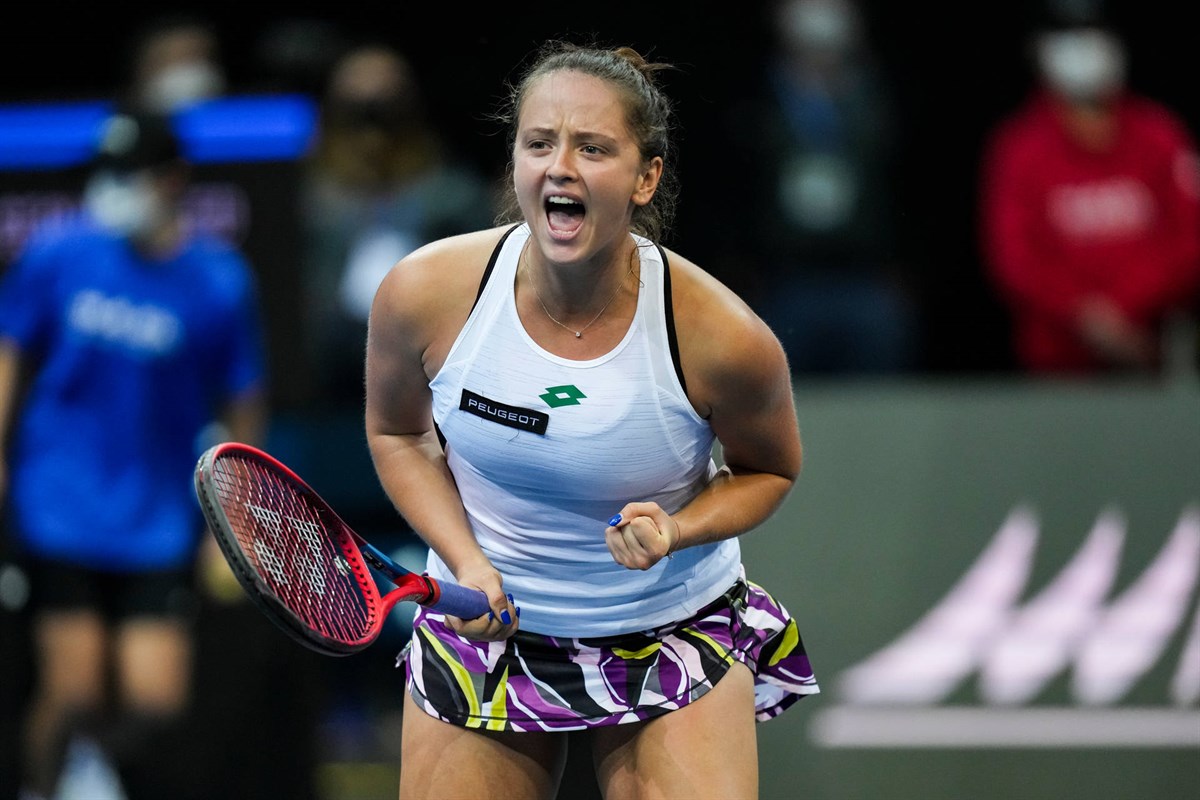 THE upsets did not end after a huge day session at the Billie Jean King Cup finals, with the night ties proving just as intriguing as Switzerland blasted past Germany and Slovakia upset superpower and third seed, United States.

It was a 3-0 sweep the way of Switzerland as they well and truly outplayed their German opposition, with singles wins paving the way to a comprehensive victory. First up was second singles selection Viktorija Golubic who took down former Top 10 talent Andrea Petkovic 6-4 7-5, requiring 98 minutes to clinch the win. While Petkovic was marginally more effective off her first serve, Golubic was more consistent across both her first and second serves and hit five more winners (17-12) and was also cleaner across the board, registering 17 less errors overall (37-54, 27-37 unforced).

While the other singles clash between Belinda Bencic and Angelique Kerber was by no means straightforward, it was Bencic who came away with a 5-7 6-2 6-2 victory in just under two hours. Kerber was all class in the opening set winning 87 per cent of her first serve points and backing it up nicely on her second serve, however the closeness of the contest bode well for the leading Swiss talent in Bencic, who cleaned up her act in the second and third sets to claim the win. 11 unforced errors to her name in the first set seemed like a distant memory as Bencic ran home with just 13 more to her name across the remainder of the match to go with an overall 80 per cent win rate off her first serve and seven aces.

The pressure was well and truly off as the doubles clash came around, but confidence was key as Golubic teamed up with Jil Teichmann to claim a comprehensive 6-1 6-2 win over Germany’s combination of Anna-Lena Friedsam and Nastasja Schunk. The German duo was unable to make anything of their six break point opportunities and struggled with the Swiss pair’s cleanliness, with just five unforced errors throughout the 52-minute match. With 23 winners to Germany’s five, it was a confidence boosting victory for Switzerland who came out with the 3-0 finish and plenty left in the tank.

It was an exciting result for Slovakia as they came away with a 2-1 victory over the United States, but it was a bittersweet finish for the Slovak team with their inferior winning percentage following their loss to Spain yesterday seeing them unable to make the semi-finals. Viktoria Kuzmova was the hero of the day with an excellent 6-4 6-4 victory over Shelby Rogers to give Slovakia a chance at semi-finals contention, upsetting the American talent with the 86-minute victory. Kuzmova only registered four less unforced errors than her opposition (33-37) but won eight more points overall (65-57), and it was her ability to win points off Rogers’ second serve that appeared to be the match-winner, rendering rogers to a 44 per cent win rate off her 95 per cent second serve clip. Danielle Collins was much more convincing in her 6-3 6-2 sweep of Anna Karolina Schmiedlova, piling up seven aces to five and 17 winners to five throughout the 67-minute clash. 30th ranked Collins also clinched three break points from six chances and registered seven less errors overall to take the tie down to the doubles clash.

The doubles matchup was the tightest of the lot, with everything on the line throughout the 6-2 6-7 12-10 matchup. Slovakian duo Kuzmova and Tereza Mihalikova came away with victory despite a second set slip-up, recovering quickly to take out the deciding tiebreak set off the back of a cleaner outing with 27 unforced errors to United States combination, Caroline Dolehide and Coco Vandeweghe‘s 36. While the Americans held the upper hand off their first serve, winning 76 per cent of points compared to Slovakia’s 71 per cent, the Slovak duo was comprehensive off their second serve, winning 17 of 17 points compared to the Americans’ seven from 18. They also marginally won more break points, winning three from seven opportunities compared to the Americans’ one from four.