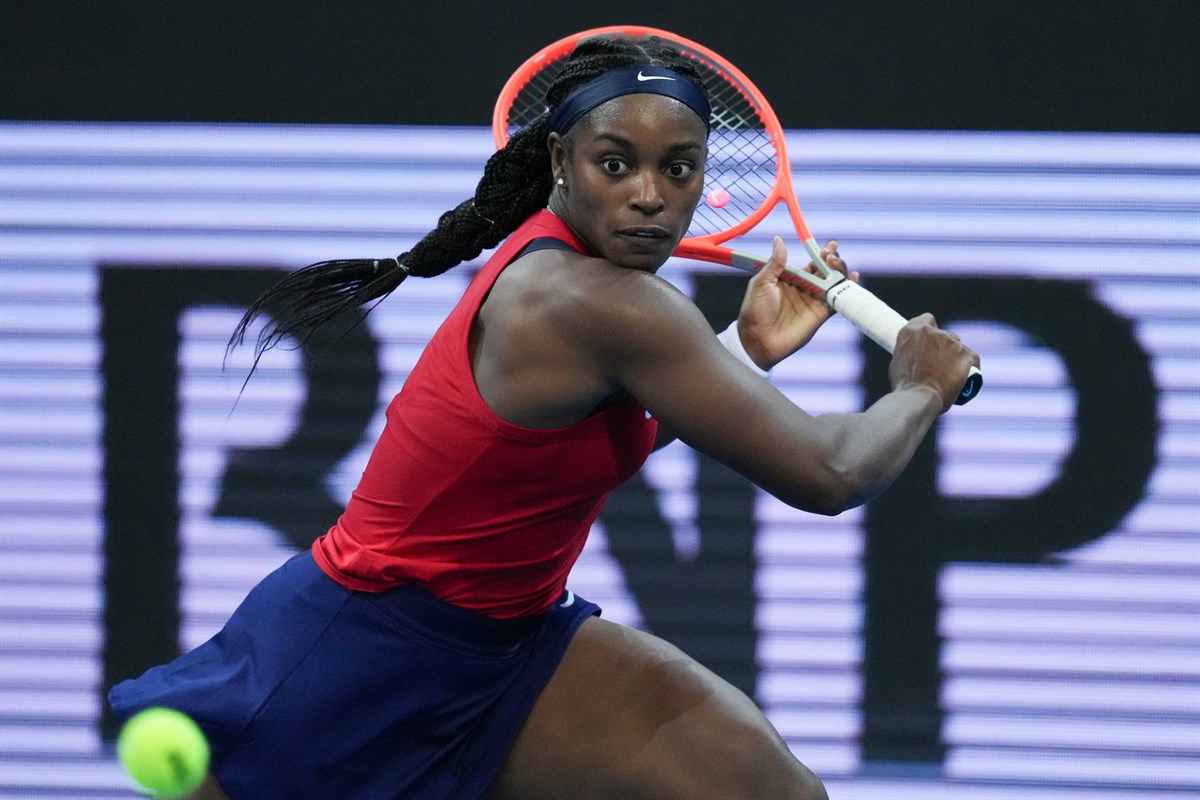 THE first Billie Jean King Cup semi-final has been decided, with the Russian Tennis Federation (RTF) defying France a chance at back-to-back titles, as the United States ousted Spain. Expect a tantalising battle between the RTF and USA next, while two more nations are also set to join them in the semis tomorrow.

Despite a strong start the way of the French, it was Russia that claimed the group victory despite a long day on the court. First to make the winner’s list was youngster Clara Burel who came from behind to claim a one hour and 57-minute, 3-6 6-4 6-3 victory over Ekaterina Alexandrova, making the most of the Russian’s heavy unforced error count. While Burel was worked over by Alexandrova who forced 35 errors off the back of her 34 winners, the 20-year-old Frenchwoman was relatively clean elsewhere with just 14 unforced errors to her name and slightly better stats off both her first and second serves. Alexandrova on the other hand, piled up a whopping 44 unforced errors and 30 forced errors, including 10 double faults for just four aces as Burel ran away with the victory.

Another three setter made things interesting, as Anastasia Pavlyuchenkova drew things even with 5-7 6-4 6-2 victory over Alize Cornet. Requiring two hours and 23 minutes, Pavlyuchenkova and Cornet were by no means clean but they were certainly effective, as the Russian marginally trailed for forced errors (37-45) and led for total winners (34-22), tallying 25 winners alone off her excellent forehand. While Cornet was more effective off her second serve than Pavlyuchenkova was, the Russian won 10 more points off her first serve with a 75 per cent win rate off a 70 per cent clip. The Russian will want to clean up her act on the unforced error count though, tallying 25 to Cornet’s 18 and winning zero of her five net point chances.

It all came down to the doubles, although the clash was well and truly the most one-sided of the lot as the fresh Russian combination of Veronika Kudermetova and Liudmila Samsonova well and truly ran down the evidently fatigued duo of Burel and Cornet, 6-2 6-1. With 20 total winners and just six unforced errors to their name, the Russians required just 47 minutes to sweep the French duo and claim the group win to head into the semi-finals.

The American team recovered well from its shock loss to Slovakia yesterday, coming out stronger in their clash with Spain and claiming the two singles wins to ensure they made the semis. First up was second singles player Sloane Stephens who required close to 90 minutes to down Nuria Parrizas Diaz, with the two players only three ranks apart in WTA rankings and it showing in the 6-4 6-4 result. In a scrappy encounter, Stephens was the cleaner player and ultimately won off the back of the 16-37 unforced error rate, however Parrizas-Diaz made her 18 total winners count as she handed down Stephens 31 forced errors. Neither player was particularly efficient on serve, however it was a win that Stephens required to set up the United States nicely and a win was what she got.

Comparatively, the battle between the two first singles talents was far more one-sided, as Danielle Collins downed Sara Sorribes Tormo in just 59 minutes, 6-1 6-0. The American may only rank seven positions higher than the Spaniard, but it was her service games that did the talking winning 83 per cent of points off her first serve and forcing 24 errors from Sorribes Tormo. While the Spaniard only made nine unforced errors compared to Collins’ 19, she failed to reach a break point opportunity and hit just two winners. Collins made the most of her chances, winning five from nine break point opportunities and also adding four aces to her name to come way with a comprehensive and confident victory.

The United States could not make it three from three, though, as the Spaniards got one win back through Aliona Bolsova and Rebeka Masarova, claiming the doubles result 6-3 6-4. the Spanish duo had it all their way up against Caroline Dolehide and Coco Vandeweghe, firing off 10 aces off the back of a 67 per cent first serve win rate from a 73 per cent clip, winning 13 more points than the Americans off their first serve. While olehide and Vandeweghe were marginally more effective off their second serve and hit more winners 18-13, they also registered more unforced errors (17-10) and did not take advantage of their ability to force errors off the Spaniards (leading 19-21).