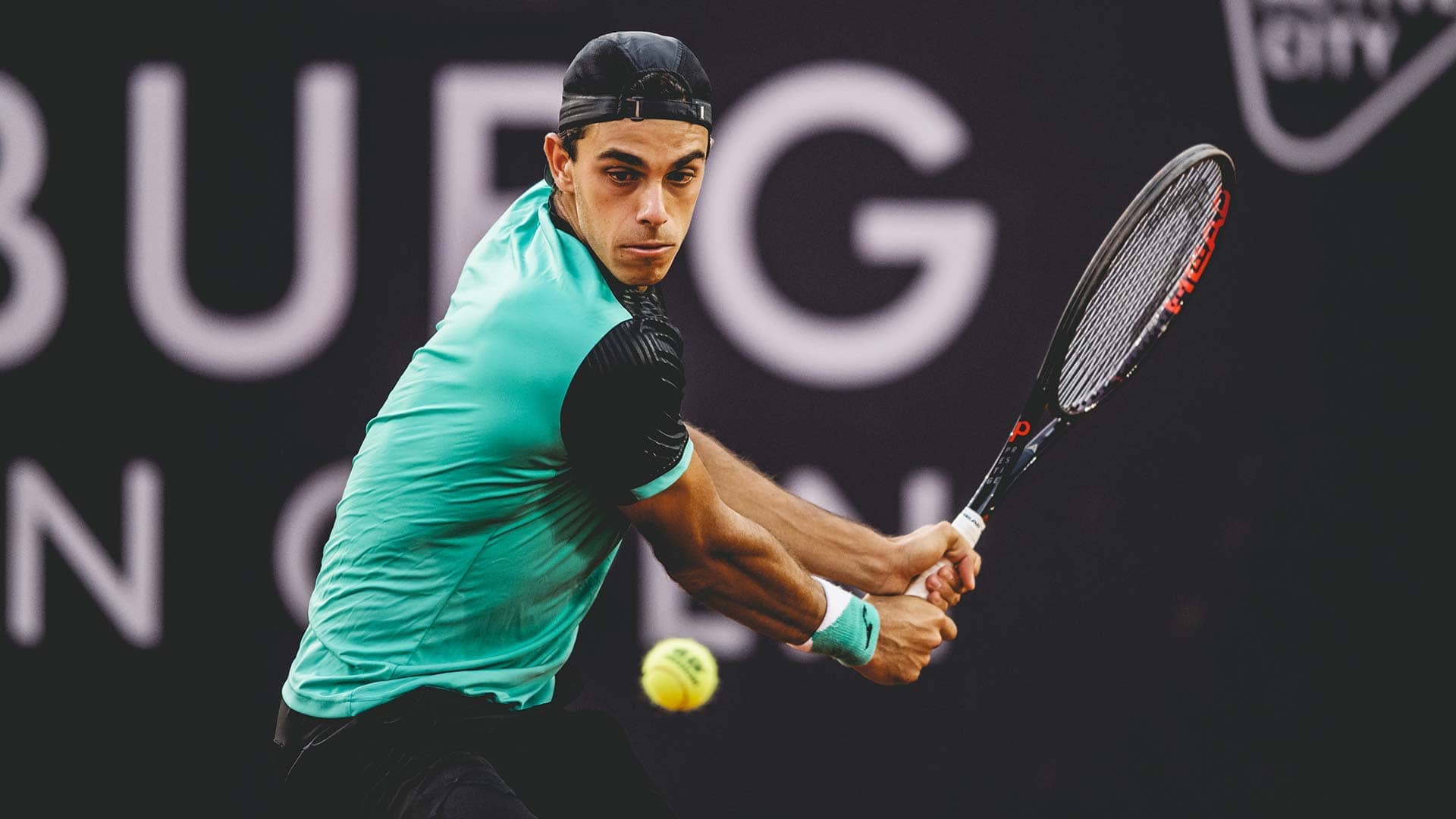 RUNNING hot on a seven-game winning streak, recent maiden title winner Francisco Cerundolo has claimed yet another Top 10 scalp. The Argentinian’s latest victim was second seed Russian Andrey Rublev, who Cerundolo upstaged in a straight sets win in the second round at the Hamburg European Open ATP 500 event. His victory – which followed on from upsets over Casper Ruud, Pablo Carreno Busta, Sebastian Baez and Aslan Karatsev in Bastad – made it five Top 40 victories in the space of a week and a half, two of those being Top 10 wins.

Cerundolo’s win moved him through to set up a blockbuster quarter final against Karatsev to see if he can repeat the effort he produced against the Russian at the Swedish Open. Against Rublev, Cerundolo was flawless, winning 6-4 6-2 in an hour and 32 minutes, winning 56 per cent of his second serve points off a 60 per cent clip, compared to Rublev’s 30 and 58 per cent. The Argentinian also broke five times to two, and won a massive 70 per cent of his second serve return points to put pressure on the world number eight, and book his spot in the quarter finals.

“I think I played another great match. I felt really comfortable on the court,” Cerundolo said post-match. “I think in the first three games I didn’t play that bad, but he was really solid and didn’t miss many balls. Then I started feeling more confident and I think I was very solid today.”

In the other results, Karatsev fought past Colombian qualifier Daniel Elahi Galan in three sets, 3-6 6-3 6-4 to reach the quarter finals. Meanwhile the two other seeds in action – top seed Carlos Alcaraz and seventh seed Karen Khachanov – set up a much-anticipated quarter final. Alcaraz was too good for Serbian Filip Krajinovic 7-6 6-3, while Khachanov took care of Fabio Fognini, 6-3 7-5.

Cerundolo was not the only recent maiden title winner on a tear. American Bernarda Pera continued her superb form from the Hungarian Open by reaching the semi-finals in Hamburg. She knocked off Czech Katerina Siniakova 6-3 6-1 to make it nine consecutive wins to reach the final four. Siniakova’s doubles partner and third seed Barbora Krejcikova also fell at the quarter finals stage, losing in similar circumstances to Russian Anastasia Potapova, 6-1 6-3. Potapova will now take on strong title favourite, top seed Anett Kontaveit who had an easy passage through to the final four after German eighth seed Andrea Petkovic retired with the score at 6-2 2-0. Belgian seventh seed Maryna Zanevska upset fourth seed Belarusian Aliaksandra Sasnovich to round out the final four, 6-4 7-5.

Over in Palermo, it was a good day for the French hopes, with fifth seed Caroline Garcia and rising talent Dianne Parry both winning their respective Round of 16 matches. Garcia bounced back from a bagel first set against Italian wildcard Elisabetta Cocciaretto to win 0-6 6-3 6-4, while Parry had a more straightforward win, upsetting second seed Yulia Putintseva, 6-3 6-4. In the other results, eighth seed Nuria Parrizas Diaz defeated Austrian lucky loser Julia Grabher, while Italian Lucia Bronzetti won through in front of home fans against Russian qualifier, Elina Avanesyan.

After some rain delays, the Swiss Open ATP 250 event finally completed its Round of 16, with a massive seven matches on the card. Peruvian qualifier Juan Pablo Varillas came back to win the final game and defeat third seed Roberto Bautista Agut to be one of two qualifiers in the final eight. Chilean Nicolas Jarry earned his spot in the quarter finals and will take on fourth seed Albert Ramos-Vinolas, while Grand Slam winner Dominic Thiem is next up for Varillas. The top two seeds in Casper Ruud and Matteo Berrettini had no problems advancing to the last eight, winning in straight sets over Jiri Lehecka and Richard Gasquet.