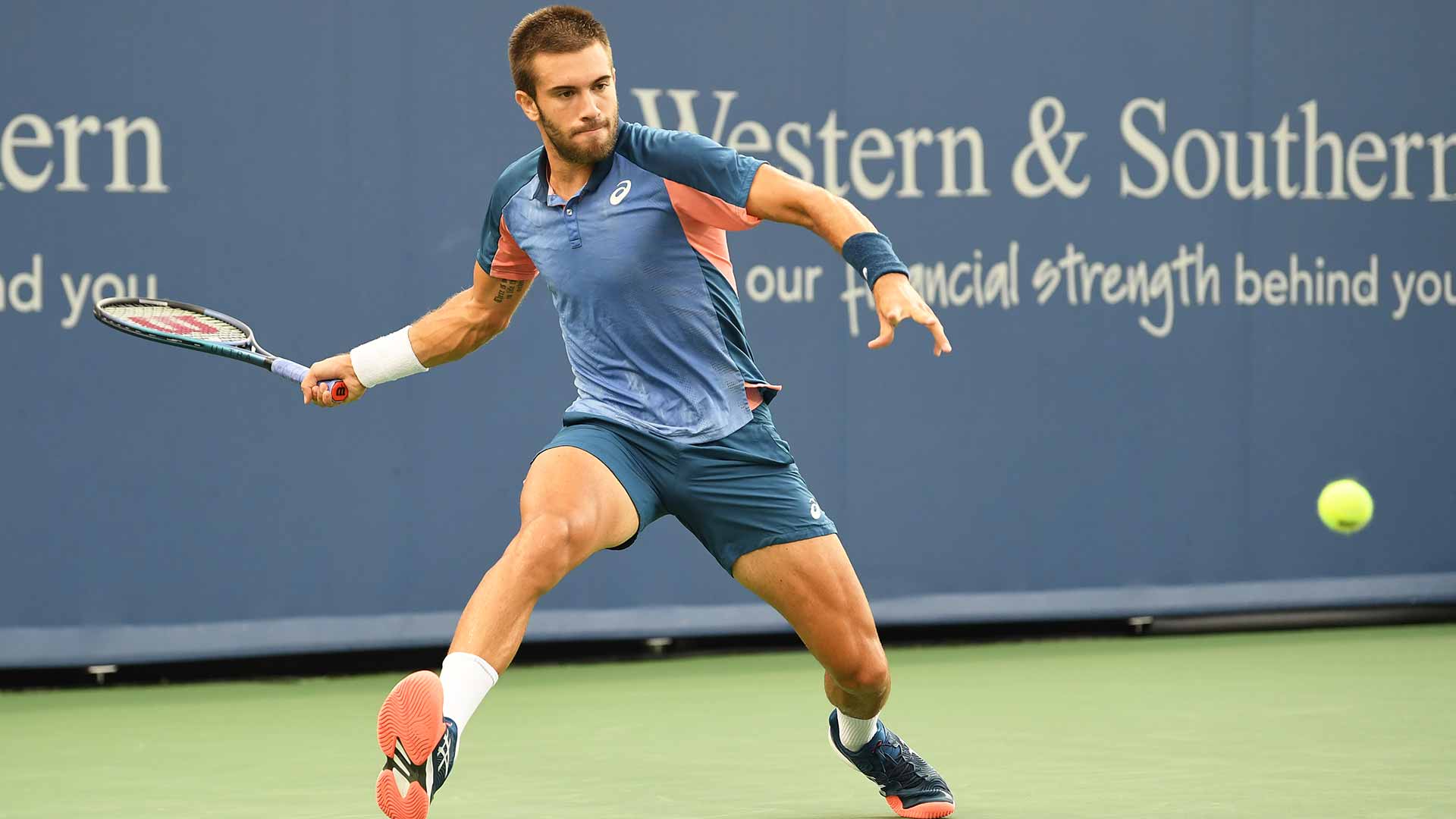 IT WAS as if Croatian Borna Coric had never left the ATP Tour, with the world 152 causing a massive boilover at the Western & Southern Open to win the ATP 1000 Masters title in Cincinnati. Having battled a shoulder injury that curtailed his season last year, Coric was able to use his protected ranking to earn a main draw spot at the prestigious event.

Coric had some incredible wins of the tournament, stunning world number two Rafael Nadal in three sets, before claiming scalps against other seeds, Roberto Bautista Agut, Felix Auger-Aliassime, Cameron Norrie, and then in the final, Stefanos Tsitsipas. Against the Greek fourth seed, Coric won 7-6 6-2, and was even convincing in the first set tiebreaker, not dropping a point. The Croatian served seven aces and won 84 per cent of his first serve points to claim the title, moving up an incredible 123 spots in the process to 29th in the world.

““It was a very, very tough match,” Coric said post-match. “At the beginning I wasn’t playing very well and he was pushing me very hard. But I started to serve better and play better and I was fighting hard. “Then in the second set I thought I played the best set of the whole year.”

Meanwhile in the women’s singles, Caroline Garcia defied her qualifier status to knock off unseeded Czech Petra Kvitova. Winning her 10th career WTA Tour and third 1000 event trophy, the Frenchwoman proved too good for the tricky left-handed Czech, winning 6-2 6-4 in an hour and 42 minutes. Garcia produced 11 aces to two and was dominant off her first serve, winning 82 per cent of points from a 65 per cent clip.

It was a remarkable tournament from Garcia, who not only had to work her way through qualifying, but knocked off Top 10 seeds Maria Sakkari, Aryna Sabalenka and Jessica Pegula along the way. In defeating Kvitova, the former world number four has won a WTA Tour-high 27 main draw matches since June.

“Pure joy, I think,” Garcia said post-match. “Just happiness. Every single win is very important. Every title is very special, [WTA] 250, 1000, it’s always very hard to describe it. It’s not happening so often, and you have to really enjoy it. I’m really grateful for this great week of tennis, and to win another title, it’s very special.

“Every match, every day was a new day, new challenge. Every time I had to be focused on myself, on my game, what can I do, how I can be more aggressive, how can I improve. Just one day at a time I ended up here today in the final and now lifting the trophy.

“The [WTA] 1000, everything goes so fast. You have to refocus every morning. It’s a tough challenge, but I’m really happy the way we made it through.”