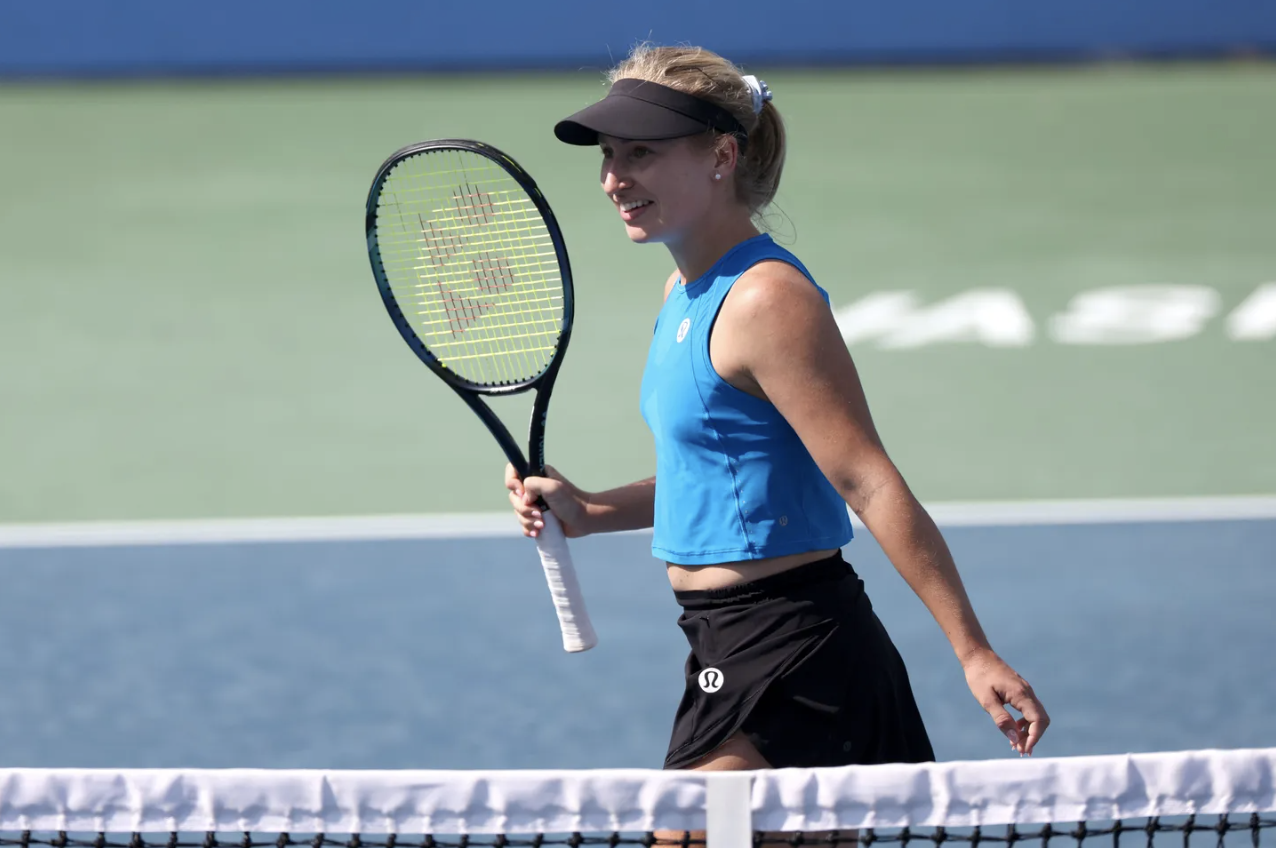 AUSTRALIAN Daria Saville has booked her place in the WTA Tour’s 250 event in Granby, Canada, storming to victory in the quarter finals over China’s Xiyu Wang. Saville showed no mercy in dropping just three games – and recorded a second set bagel – to run out a 6-3 6-0 winner over the 75th ranked Chinese 21-year-old. Saville herself is ranked just two places higher, but was able to maintain a consistent style for far longer.

In the 74-minute rout, Saville served three aces for only one double fault, and won 74 per cent of her first serve points compared to Wang’s 48 per cent. She also broke five times from 10 chances, with Wang also recording a 50 per cent success rate, but just one of two. In the end, Saville’s consistency got her home, winning 65 and 54 per cent of her serve and return points to book her place in the final four at Granby.

The Australian ninth seed will now face 10th seed Marta Kostyuk after the Ukrainian ousted the last remaining home nation representative. Rebecca Marino had done well to reach the quarter finals, but could not get it done over three sets, suffering a 6-2 4-6 6-2 defeat at the hands of her opponent. In the other matches, top seed Russian Daria Kasatkina advanced through to the semi-finals with a straight sets win over the second highest remaining player in the draw – fifth seed Nuria Parrizas Diaz – 6-3 6-2. Kasatkina will take on unseeded Frenchwoman Diane Parry after she got up over German Tatjana Maria, 6-4 6-7 7-6.

In the other WTA Tour event, the two remaining seeds advanced through to the semi-finals at Cleveland. Belarusian seventh seed Aliaksandra Sasnovich and French eighth seed Alize Cornet both won through to the final four, knocking off Madison Brengle and Shuai Zhang in straight sets respectively. Also through to the semi-finals in the 250 event were unseeded American Bernarda Pera, and Russian Liudmila Samsonova. Pera knocked off her second successive Grand Slam winner by triumphing in three sets over wildcard and compatriot Sofia Kenin, 6-2 5-7 6-3, while Samsonova proved too good for Poland’s Magda Linette.

The full results from all the quarter finals, including the ATP 250 event in Winston-Salem are below.