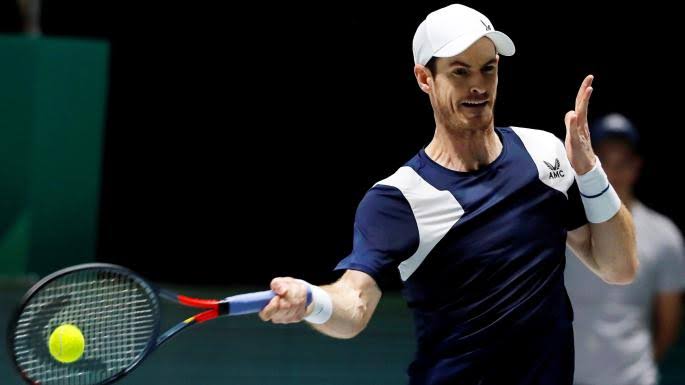 ROUND 2 of the Davis Cup action did not disappoint with a number of underdogs leaving their mark on the competition with a couple of upset wins. Canada have already secured their spot in the next stage thanks to a dominant performance against both the US and Italy while Australia showed they have plenty of firepower both in doubles and singles.

Serbia made light work of Japan winning all three matches to edge themselves one step closer to the next round. It is fair to say that Novak Djokovic did not hold back in his match against Japan’s Yoshihito Nishioka only giving up three games in what was a highly dominant performance. The other singles match between Filip Krajinovic and Yuichi Sugita was much the same with the Serb winning in two sets despite Sugita putting up more a fight in the second to only go down 6-4. With Serbia winning both doubles games with ease Japan well and truly upped the ante in the doubles pushing their opponents to the limit taking it both sets to a tiebreak to fall agonisingly short. The efforts of Ben McLachlan and Yasutaka Uchiyama for Japan was undeniable with the two working in overdrive to stop Serbian duo Janko Tipsarevic and Viktor Troicki. But when it came down to it, Troicki and Tipsarevic had enough tricks in the bag to get over the line and clean sweep Japan.

Russia continued their strong showing at the Davis Cup after disposing of reigning champs Croatia with Andrey Rublev well and truly setting the tone against Roberto Bautista Agut in a three setter. The young up and coming star took it to the Spaniard ranked ninth in the world pushing him to his limits and ultimately prevailing in a hard fought win highlighting his promise.
Rafael Nadal once again showcased his class across the court making light work of Karen Khachanov despite being pushed to a tie break in the second. Nadal did not seem to break stride able to combat anything Kachanov threw at him with his smooth movement and deadly backhand. Spanish duo kept Marcel Granollers and Feliciano Lopez kept their countries hopes alive downing their Russian opposition in a game of determination, grit and skill.

Germany made the most of their opportunities against Argentina taking home three straight wins and ultimately stamp their authority on the rest of the competition. Despite dropping the first set Philipp Kohlscreiber fought back to win the next two and claim victory over Argentinian Guido Pella. It was a gallant effort by Kohlscreiber who was simply outclassed in the first set only managing to win the one game to claw his way back into the match. Fellow German Jan-Lennard Struff faced Diego Schwartzman and stood strong, pulling out the big guns when it counted to win the tiebreaker and ultimately the match. While the doubles match brought plenty of fire and intensity with each of the three sets going to a tiebreak highlighting the closeness of the game. Kevin Krawietz and Andreas Mies went toe to toe with their Argentinian opponents Maximo Gonzalez and Leonardo Mayer for the entirety of the game with both sets of players countering their opponents every move making for a high pressure game.

With star power to boot Australia dismissed Colombia with ease. The biggest victory of all coming with Aussie pair John Peers and Jordan Thompson toppling world number one duo Juan-Sebastian Cabal and Robert Farah in a three match thriller. Australia got the better of Colombia early to take the first set before Colombia struck back to tie it at one a piece. But in the end it was Peers and Thompson that reigned supreme following in the footsteps of Nick Kyrgios who earlier displayed his x-factor and class with a convincing win over the lower ranked Alejandro Gonzalez. The Colombian struggled to match the power of Kyrgios who showed just how much damage he can do with his bullet like serve leaving Gonzalez very little to work with. Alex De Minaur also flexed his muscles in his match up against Daniel Elahi Galan with the 18th seed pushing hard across the court and making the most of his chances gifting Australia with a clean-sweep of their Colombian opponents.

Great Britain reigned supreme in their clash against the Netherlands winning 2-1 and subsequently ending the journey for their opponents who earlier lost to Kazakhstan. Andy Murray got the first win on the board for Great Britain in a thriller against Tallon Griekspoor. The two battled it out with Murray pulling off the unthinkable to clench victory despite being down 4-1 in the final set. Daniel Evans struggled to have the same impact as his fellow Brit going down in three sets to opponent Robin Haase who found his groove after dropping the first set. But Jamie Murray and Neal Skupski sealed the deal for Great Britain downing the Netherlands duo in two sets. Wesley Koolhof and Jean-Julien Rojer put up a strong fight in defeat forcing a tiebreak in the second set but could not close out the game.

Canada’s win against the US secured them a spot in the quarter finals with both singles players rising to the occasion despite being challenged. Canadian Vasek Pospisil did not shy away from the fight taking out both tiebreakers to reign supreme against Reilly Opelka who despite moments of magic on the court could not sustain the pressure. Fellow American Taylor Fritz also went down to his Canadian counterpart Denis Shapovalov. Fritz narrowly lost the first set going down in the tiebreak but struggled to replicate his earlier form in the second only managing to win the three games.

*As Canada had already qualified for quarter finals, they did not play the doubles, therefore the game was awarded to the USA.