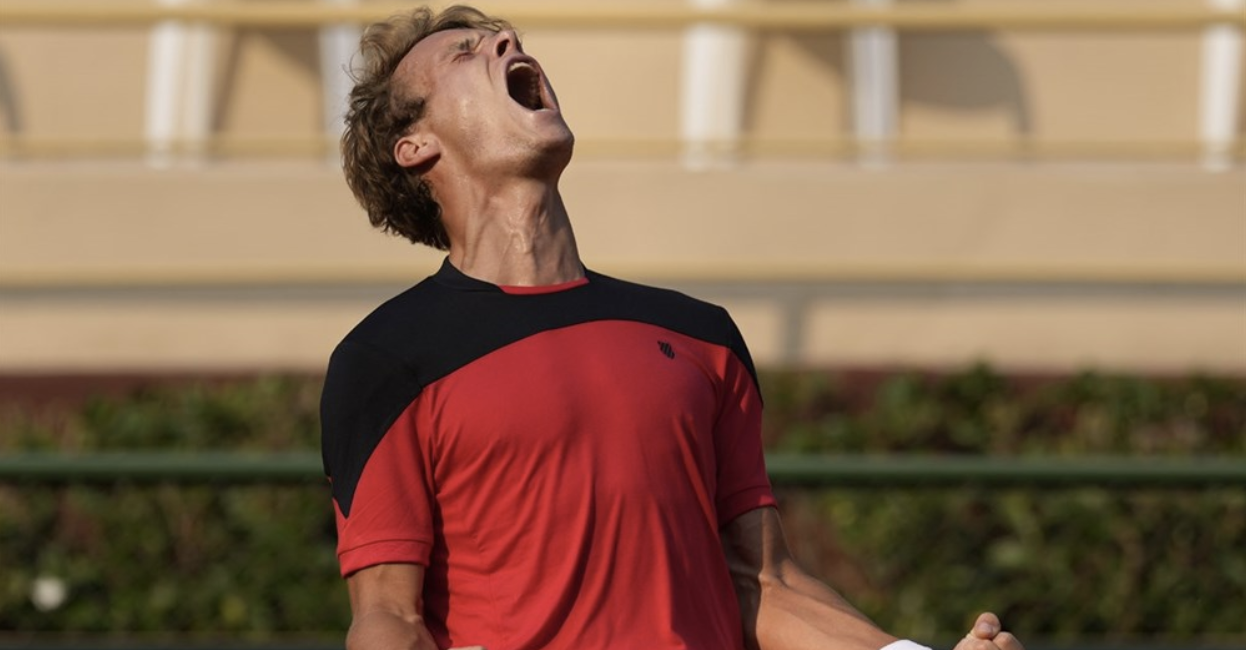 FOUR of the five seeded nations in the World Group I Playoffs got home despite some shaky early results from the first two nations, while an unfortunate injury ruling Stefanos Tsitsipas out of his nations’ tie with Lithuania ultimately saw Greece drop to the World Group II Qualifiers again.

In the other Davis Cup Playoffs tie of the weekend where the eventual winner had to fight back from a 2-0 deficit, Belgium survived a horror day one scare to win against Bolivia 3-2. Without top singles player David Goffin, Belgium dropped the first two singles in sensational style as the Bolivian Dellien brothers, Hugo and Murkel both won their singles to move one win away from a monumental upset. Belgian doubles pairing Sander Gille and Jordan Vliegen were always going to win the doubles, but Michael Geerts was the real hero, upsetting Hugo Dellien in three sets, allowing Ruben Bemelmans to come through with the win in the fifth match.

Argentina survived one of the biggest shock losses in tennis history on day one of the Davis Cup, to string together four straight wins and  take out the tie 4-1 over Belarus. Heading into world number 15 Diego Schwartzman‘s clash with unranked Belarusian teenager Daniil Ostapenko, many were wondering if the 2003-born talent would win a game. He ended up winning 12 games, and bundling out Schwartzman in straight sets on his professional debut in what was nothing short of jaw-dropping. Luckily, Guido Pella saved the day with a smashing in his singles and both players won their reverse singles, but even the ultra-experienced doubles pairing of Maximo Gonzales and Horacio Zeballos dropped the first set to the unknown Belarusian pair in what was an odd tie all-round.

Netherlands have stormed to an easy sweep of Uruguay on the clay, not dropping a set in the four completed matches. Only one match went more than 17 games which was Tallon Griekspoor‘s 6-4 7-6 triumph over Martin Cuevas. Botic Van de Zanschulp continued his great form from the US Open with a 6-0 6-3 over Francisco Llanes. The second day of action continued in the same way with the visitors only dropping eight games in four sets as they easily accounted for the South American nation and booked their spot in the World Group Qualifiers next year.

As expected, Lebanon did not cause too many problems for Brazil in their Davis Cup World Group I Playoffs tie, only dropping one set in a 4-0 flush of the lower ranked nation. Not needing their higher ranked players, the South Americans had five different players take the court and celebrate wins, with Orlando Luz kicking it off, and then Felipe Meligeni Rodrigues Alves and Matheus Pucinelli De Almeida also picking up singles wins. Ben Hassan and Hady Habib won a set in the doubles, but were no match for the Brazilians in the singles.

Marius Copil has lead Romania to an upset 3-1 win over Portugal in front of home fans, the only team to defeat a seeded side in these playoffs. Copil knocked off Gastao Elias in straight sets, then had the big win over the higher-ranked Joao Sousa in three, following Sousa’ victory over Filip Cristian Jianu in the opening match of the tie. Once again Copil stepped up in the doubles to team up with Horia Tecau and get the job done in straight sets to ensure Romania got through to the next stage.

A late withdrawal to world number three Stefanos Tsitsipas ultimately cost Greece its chance at stepping up to World Group I next playoffs, with the home nation winning just the one dead rubber game to Lithuania’s three straight wins. Ricardas Berankis won in straight sets over Petros Tsitsipas, then beat him again in the doubles teaming up with Laurynas Grigelis who also won his singles. Alexandros Skorilas got Greece on the board, albeit too late, with a straight sets win on day two over Villus Gaubas.

In a one-sided contest, Turkey swept Latvia without too many troubles. The home nation battled through a first match struggle for Altug Celikbilek to win 7-6 6-4, before Cem Ilkel smashed a disappointing Ernests Gulbis to go 2-0 up. The pair then won the doubles in a come-from-behind win 2-6 6-3 6-4, and Ergi Kirkin stepped into the fold to win a fourth game for Turkey over Edgars Manusis.

South Africa has shown no mercy to an inexperienced Venezuelan outfit, with Lloyd Harris wasting no time in a double-bagel 37-minute domination of Brandon Perez. Harris only conceded 12 points in the entire 6-0 6-0 match, then teamed up with Raven Klaasen to win the doubles, 6-2 6-4. Phillip Henning won his singles over Ricardo Rodriguez 6-4 6-4, before Ruan Roelofse also stepped up to the plate in the final dead rubber tie to win in a tight on over Dimitri Badra 6-4 7-6 for the 4-0 sweep.