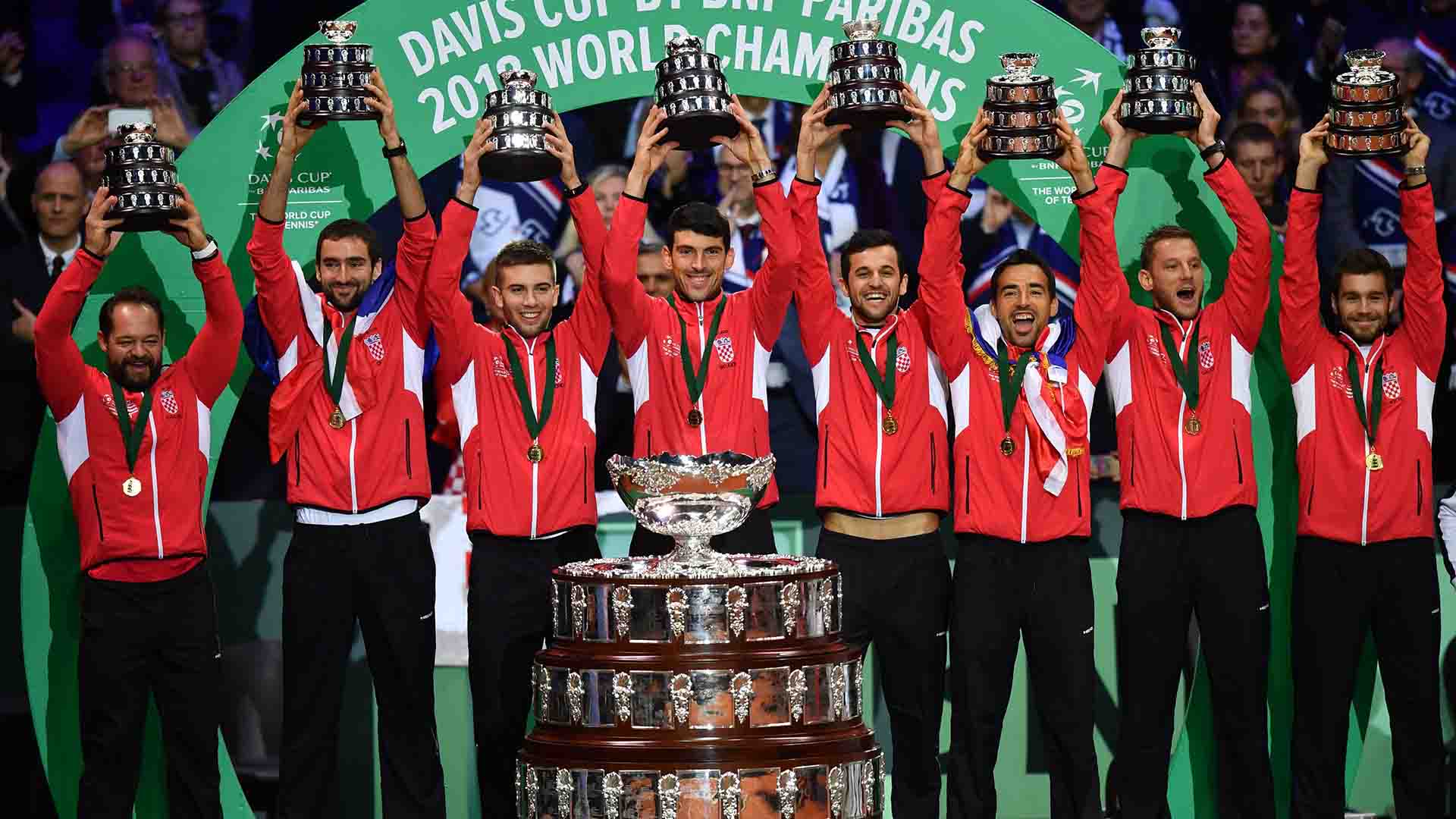 The number one seeds will open their qualifying campaign with an indoor hard court clash against Ecuador. Given the French will be safe to advance – under the additional two wildcards as per ranking – required even if they lose, there will not be too many worries for the home side. In saying there, there should not be any worries as it is, because this should be a clean sweep.

Though France were bumped down to second by Croatia, the European nation is still comfortably clear of third placed Spain, and is expected to waltz through this fixture. Mannarino and Rinderknecht are both inside the Top 60 players in the world, with Bonzi just outside, whilst Gomez – the top-ranked Ecuadorian – is 146th in the world. With minimal depth and a doubles pairing outside the Top 100 compared to the Top 10 doubles pairing of Herbert and Mahut, it is difficult to not see France come away with the whitewash, especially at home.

If the France-Ecuador clash is meant to be one-sided, then the Spain-Romania contest could get even uglier. The world number threes have not held back when it comes to the team, with only Rafael Nadal not playing from a full-strength Spanish team. Romania does not have a player inside the Top 250 in the world, which makes it near-impossible to see a match win, let alone a victorious tie.

Spain’s singles duo of Carreno Busta and Bautista Agut will likely get a match each, with Alcaraz certainly making his Davis Cup debut if fit after missing last November’s finals. Davidovich Fokina and Martinez are more than capable players too, ranking inside the Top 75, and should easily step up if called upon. Tecau is the highest ranked doubles player giving Romania some home in that format, but again, Romania struggle for depth with Copil the next best doubles player down at 851st in the world.

The Davis Cup tie will be a good place for Belgium’s former Top 10 talent Goffin to find some form given his horrendous past 12 months against the 32nd ranked Finland. Now teetering on the edge of the Top 50, he will be able to get a good clash in against the incredibly talented Ruusuvuori. Unfortunately for Finland , a lot of weight will be placed on the shoulders of the 22-year-old, who is the only player inside the Top 350. The next highest is Otto Virtanen way down in 380th.

One big tick for Finland is that the Scandinavian nation is not afraid to promote youth through hits Davis Cup team, with Ruusuvuori older than the 20-year-old Virtanen, and remarkably, recently-turned 16-year-old Martikainen. They will be up against it in this clash though, despite Goffin being the only Top 150 player. Both Bergs and Copperjans are better than their rankings outside the Top 150 and would be too strong for the Finnish lower players. Though Ruusuvuori is every chance of picking up two singles wins, Finland might struggle for the third victory, so expect Belgium to claim that, especially with the doubles pairing of Gille and Vliegen inside the Top 40.

The 17th ranked Colombia has some tough opposition to try and force its way into the World Group Finals, coming up against the United States in Reno. Though the home side is without big servers John Isner and Reilly Opelka, the team is arguably the most exciting it has been since the early 2000s. Fritz and Paul are still only young, both 24-years-old and with potential, whilst Korda could be the most exciting of the lot, with the 21-year-old really stepping up and now inside the Top 40.

Colombia has an outstanding doubles pairing of former world number ones Cabal and Farah which should ensure the South American nation gets on the board, but the likes of Ram and Sock are far from easy-beats themselves. Mejia is the highest ranked Colombian player at 265th without the 105th ranked Daniel Elahi Galan named for the tie. With all that taken into account, the United States should get the win, and most fans would hope that Korda can get two cracks at the singles, with Fritz and Paul splitting the other matches, or end up resting Fritz and the home side should still get through comfortably.