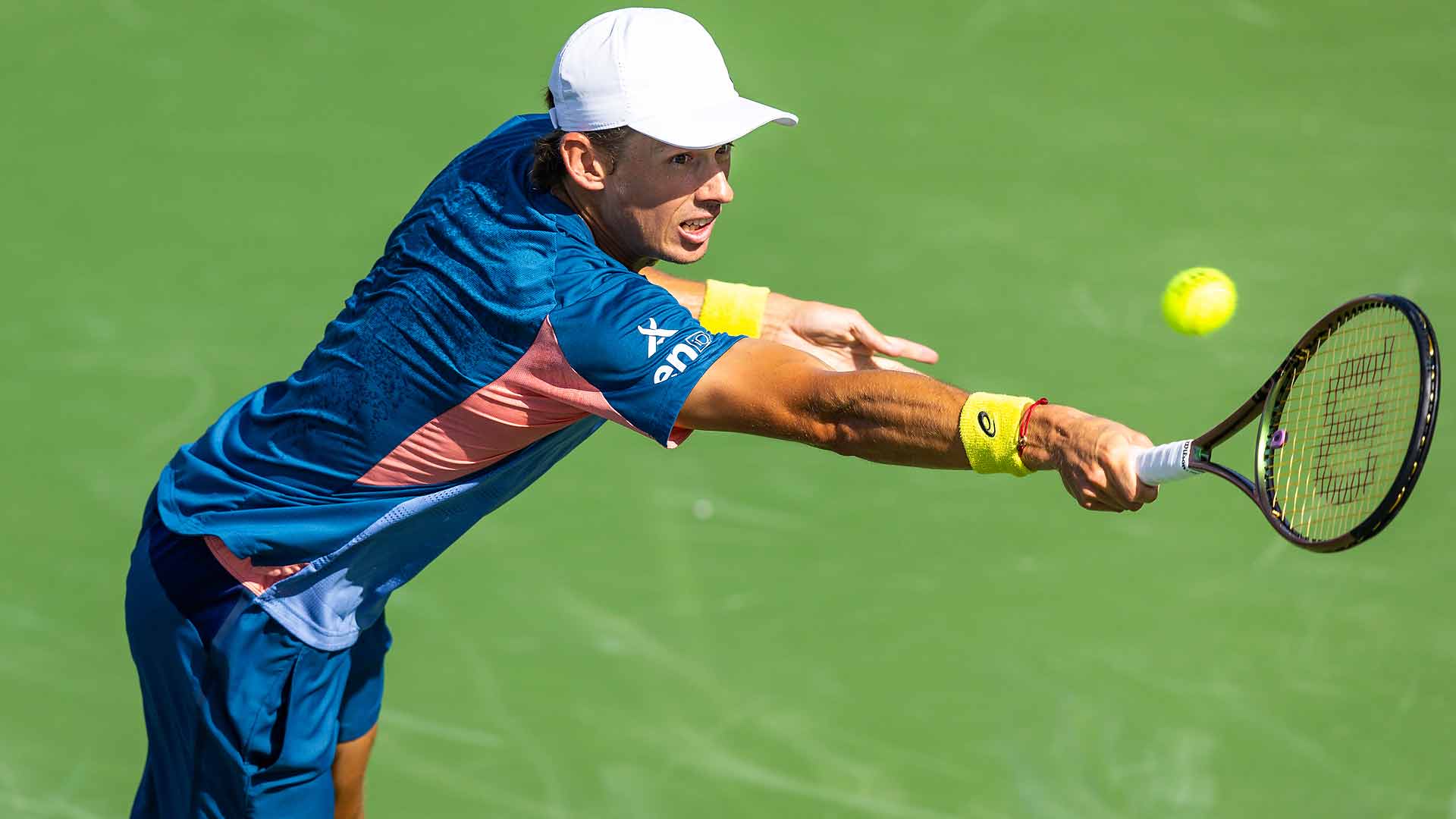 Too very similar players in terms of game styles, de Minaur claimed a crucial break in the first set in the sixth game after the players were at 2-2 to win three consecutive games and set up the first set win 6-3. The second set was a similar story, with both players trading breaks, but de Minaur claiming three to one in the set for four overall from just four chances to secure the 6-3 6-3 triumph.

The Australian won 57 per cent of his second serve points which proved the difference as Brooksby could only manage 19 per cent. Overall de Minaur won 55 per cent of the overall points, and his return ability was more consistent than the younger Brooksby to scoop up his sixth ATP Tour title.

“It was great to get another title under my name. It’s my sixth title. It feels good. Not a lot of people have been able to do that, so I feel great,” de Minaur said post-match. “I feel great about my game. I’ve put a lot of work in, so it’s great to see the hard work being rewarded.”

The Australian said it was always going to be a tough clash, and that he was glad to come away with the trophy.

“I knew coming in it [would be] a very tactical, chess-like match that we were going to both play. I feel like we are both tricky players in that sense and we adapt very well, so [there were] a lot of tactics going both ways and I’m happy I was able to execute my game plan and get the win today,” de Minaur said. “But it was a very tough match. Plenty of times [it could have] gone either way and even though the scoreboard was 3 and 3, it felt very, very tight.”

In the other ATP Tour final, second seed Jannik Sinner won the battle of the young guns, defeating top seed Carlos Alcaraz. Dropping the first in a tiebreaker, Sinner stepped up in the last two sets to dominate and win 6-7 6-1 6-1. Sinner served six aces and won 77 and 62 per cent of his first and second sere points, saving all nine break points he faced, while breaking five times from his own nine chances.

“I am obviously very happy,” Sinner said post-match. “I have [had] a tough year until now, I had some unfortunate moments, but we worked every time to play better, to be a better player, to be a better person. So, I’m very happy to be finally lifting a trophy this year, but I know that I still have a lot of things to improve… It’s all about the process.”

On the WTA Tour, Frenchwoman Caroline Garcia claimed her ninth career title, defeating first-time finalist Ana Bogdan of Romania. Garcia knocked off Iga Swiatek on her way to the title, taking out the final 6-4 6-1 in an hour and 21 minutes.

“It was a tough match, every final is always tricky,” Garcia said post-match. “You know you’re at the last step and you want to make it happen, to hold the trophy in your hand.

“But that’s what both players want. Maybe today is an experience I had from the past finals, [they] helped me to manage my emotions a little bit better and be able to play my game, to be very aggressive and to know what I had to do.”

It was a special moment in Prague for first time WTA Tour title winner, Marie Bouzkova. The Czech eighth seed won in her home nation 6-0 6-3 over Russian Anastasia Potapova. She dominated all tournaments to only drop 26 games in 10 sets and win each of her five matches in straight sets.

“It’s a dream for me to win my first title here at home,” Bouzkova said post-match. “I just couldn’t be happier. … It’s a dream come true and I enjoyed playing in front of the home crowd so much.”