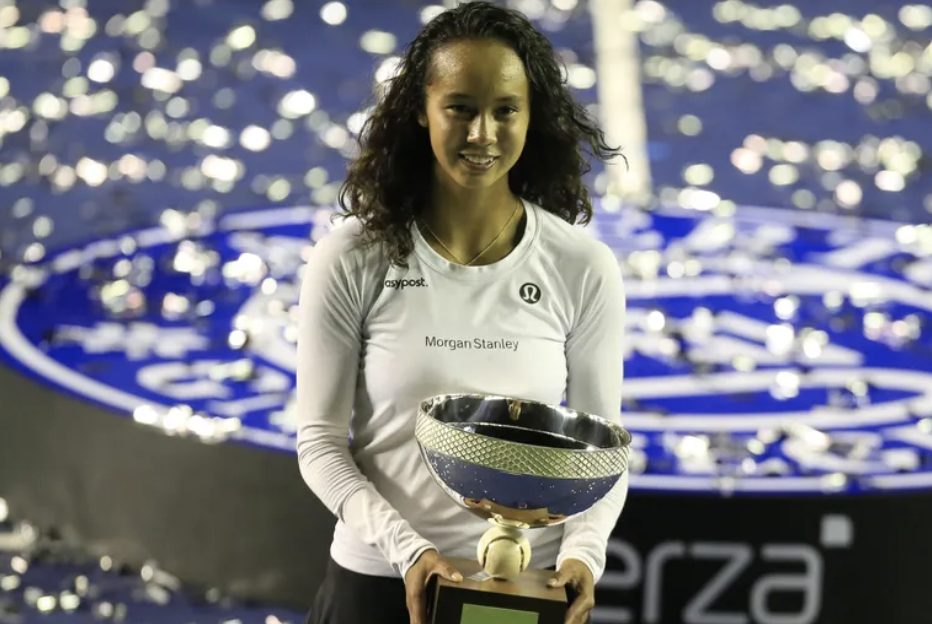 THERE was no shortage of controversy in the final of the Abierto GNP Seguros in Monterrey, Mexico, with Canadian young gun Leylah Fernandez able to successfully defend her title at the hard court event. Fernandez defeated fellow rising star, Colombian Maria Camila Osorio Serrano in a two-hour and 52-minute epic battle, 6-7 6-4 7-6. Among the controversial moments included what appeared to be a double-bounce at the end of the first set which went in favour of Serrano with the umpire oblivious, and then Fernandez calling for a delay due to a half-court power failure.

The Colombian took out the first set in a thrilling tiebreaker after Fernandez had her chances to serve it out. She lead 4-1 at one stage and was 5-3 up with the service, only for the 20-year-old to hit back and win 7-5 in the tiebreaker. It featured a point where it appeared Fernandez had hit a successful volley for it to bounce twice before Osorio Serrano retrieved it for the passing half-volley, but the umpire called it fair game and the set went the way of the marginally older combatant.

Fernandez managed to bounce back in the second set, again racing to a 4-1 lead, but the Colombian’s determination saw the teenager claw her way back into an even position, with three break point opportunities at 5-4 down. However, the US Open finalist was not going to let this one slip, coming back to earn a set point and winning it to level the match with a 6-4 set.

The deciding set also featured a 4-1 early lead, but this time it went the way of the Colombian with back-to-back breaks. Fernandez saved a championship point at 4-5 before holding in the tenth game of the set. At 5-6 down, Fernandez had four more championship points to overcome, of which she did so, but the fifth and final one coming after a long delay. Due to a power failure in one half of the court, the Canadian called time to get it sorted, and by the time they did, Fernandez came back out with vigour, she held serve, brought it to a tiebreaker, and then from there set herself up for a 7-3 deciding set tiebreaker, winning on her first championship point of the match after saving five from the Colombian racquet.

Fernandez served four aces to two for the match, but also produced eight double faults to two, winning 66.2 and 5.8 per cent of her first and second serve points respectively. Osorio Serrano was by far the more efficient server, reeling off a 77.1 per cent clip, but winning at a marginally lower 65.9 and 44.4 per cent first and second serve percentage. Both players had plenty of break point opportunities, with Fernandez saving 11 of 15, whilst Osorio Serrano saved six of 11.

The Monterrey result saw Osorio Serrano move up to a career-high 35th in the world, whilst Fernandez maintained her 21st spot by defending her title.

Meanwhile in the Lyon final, eighth seed Shuai Zhang took out Ukrainian Dayana Yastremska, ending the dream run of the determined rising talent. Shuai needed to come back from a set down to post a 3-6 6-3 6-4 win over Yastremska, with the world number 41 winning her third title of her WTA Tour career. The 33-year-old has not saluted since 2017, and is her first title outside of Guangzhou, with finals appearances in both Hobart and Nottingham the last two years.

Though Yastremska lost, the 21-year-old moved up 37 spots into 103rd in the world, with the final being the Ukrainian’s first since 2020, and her breakout year of 2019 when she won two titles. The former world number 21 looks to be on the rise again, with the next step the Top 100.