Fit and firing Coric back on track in Hamburg 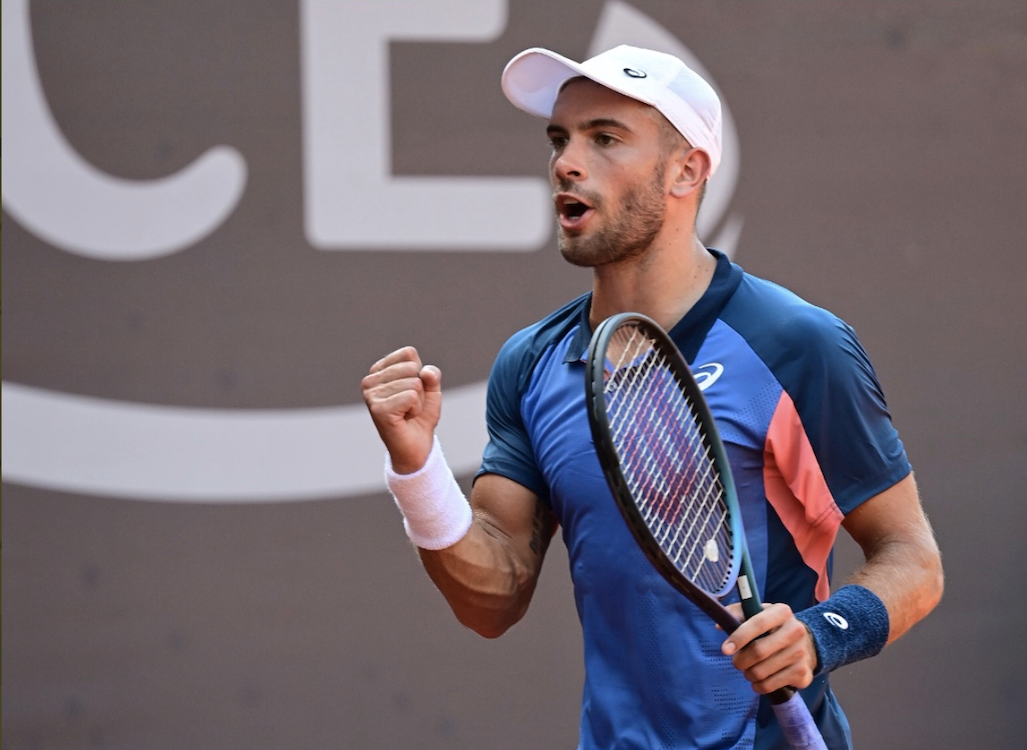 LUCKLESS Croatian Borna Coric has hit a major milestone in his return from a long-term shoulder injury that cruelled his 2021 ATP Tour season, winning back-to-back matches at Hamburg this week. Coric had not achieved back-to-back Tour wins since March, 2021, but he was able to do that feat in an ATP 500 event no less, to reach the last eight of the event.

Coric had a shocking first set to the tournament a couple of days ago when he dropped a set 1-6 to Serbian Laslo Djere, but after fighting back to win that first round match 1-6 7-6 6-3, the Croatian was able to advance through to the quarters via a 6-3 6-4 victory over Dutchman Tallon Griekspoor. Coric served nine aces and won 81 and 60 per cent of his first and second serve points, also converting all three break point opportunities.

“I need to be able to play each week at the level I played at today,” Coric said post-match. “I haven’t been able to do that for the past 16 months and it has been very tough. But the last two months I have been playing better. I also feel much better on court.”

Coric will now take on Slovakian Alex Molcan who stunned fourth seed and reigning champion Pablo Carreno Busta in a hard-fought three-set match. Second seed Andrey Rublev advanced through to the second round with a straight sets victory over Ricardas Berankis, while Lorenzo Musetti knocked off Finn, Emil Ruusuvuori in a battle of the rising stars.

In the women’s singles results, top seed Anett Kontaveit reached another quarter final courtesy of a 6-3 6-2 second round win over Rebecca Peterson. In an identical scoreline, fourth seed Aliaksandra Sasnovich made her way through to the final eight, defeating Serbian Aleksandra Krunic. In-form American Bernarda Pera, and Russian Anastasia Potapova also advanced after defeating qualifiers in the second round.

Four of the eight Palermo WTA Tour quarter finalists were decided, with all three seeds out on court making their way through to the last eight. While third seed Shuai Zhang withdrew pregame to enable Italian Jasmine Paolini to advance, other seeds in Sara Sorribes Tormo, Irina-Camelia Begu and Anna Bondar all stamped their tickets into the clay quarter finals.

Meanwhile at Gstaad, just the one singles match was completed with Spaniard Jaume Munar defeating Swiss wildcard Alexander Ritschard. Munar won 6-3 6-3, whilst in the other game that was started and almost completed, Peruvian talent Juan Pablo Varillas moved one game away from causing a massive upset against third seed Roberto Bautista Agut. Varillas leads his highly fancied opponent 7-6 6-5 with the match suspended due to weather.