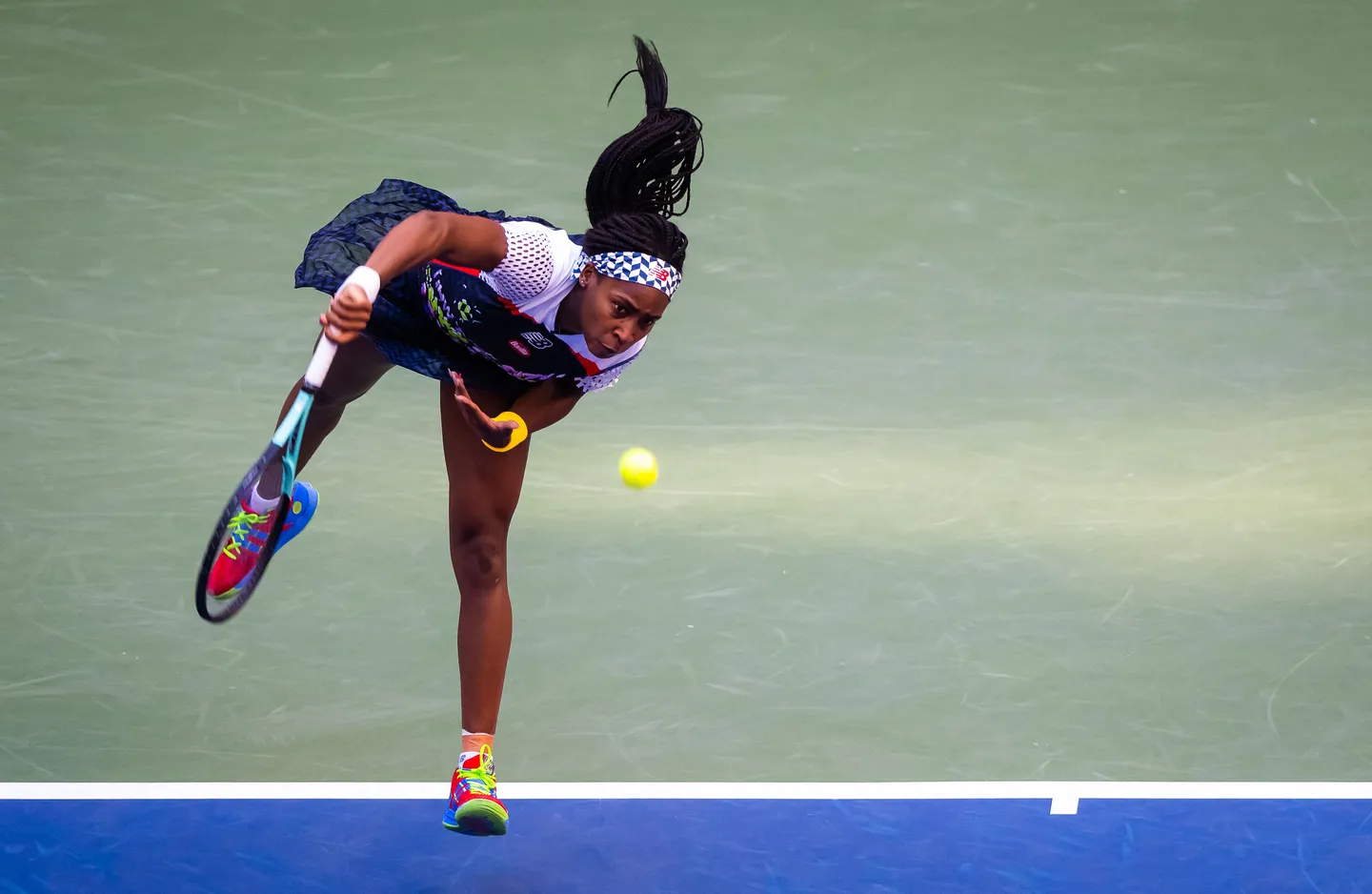 AMERICAN young gun Coco Gauff has fought her way past determined Chinese veteran Shuai Zhang to book her place in the quarter finals of the US Open. The 18-year-old did not have it all her own way but managed to win in straight sets 7-5 7-5 as the youngest player remaining in the tournament. Praising Serena Williams for handing her the belief to chase her dreams, it was hard not to notice the similarities between the retiring 23-time Grand Slam winner and 12th seeded teenager.

“It feels insane,” Gauff said post-match. “Ashe Stadium chanting my name, I was trying not to smile on the changeover.”

Gauff will take on the red-hot Caroline Garcia in the quarter finals, with the French 17th seed easily taking care of another American in Alison Riske-Amritraj in straight sets. Garcia won 6-4 6-1 in an hour and 22 minutes. She broke three times from four chances and did not drop a break point from her four chances, while serving eight aces and winning 75 per cent of her first serve points. The Frenchwoman hit 30 winners to Riske-Amritraj’s seven and controlled the play.

In the other two fourth rounds matches, fifth seed Ons Jabeur stamped her ticket into the last eight, and will face Australian Ajla Tomljanovic in the quarter finals. Jabeur knocked off Russian 18th seed Veronika Kudermetova in a tight two-setter, winning 7-6 6-4, while Tomljanovic defeated Liudmila Samsonova 7-6 6-1 in their Round of 16 clash.

US OPEN WOMEN’S SINGLES RESULTS: ROUND OF 16