Next-Gen ATP Finals: Who is in contention? 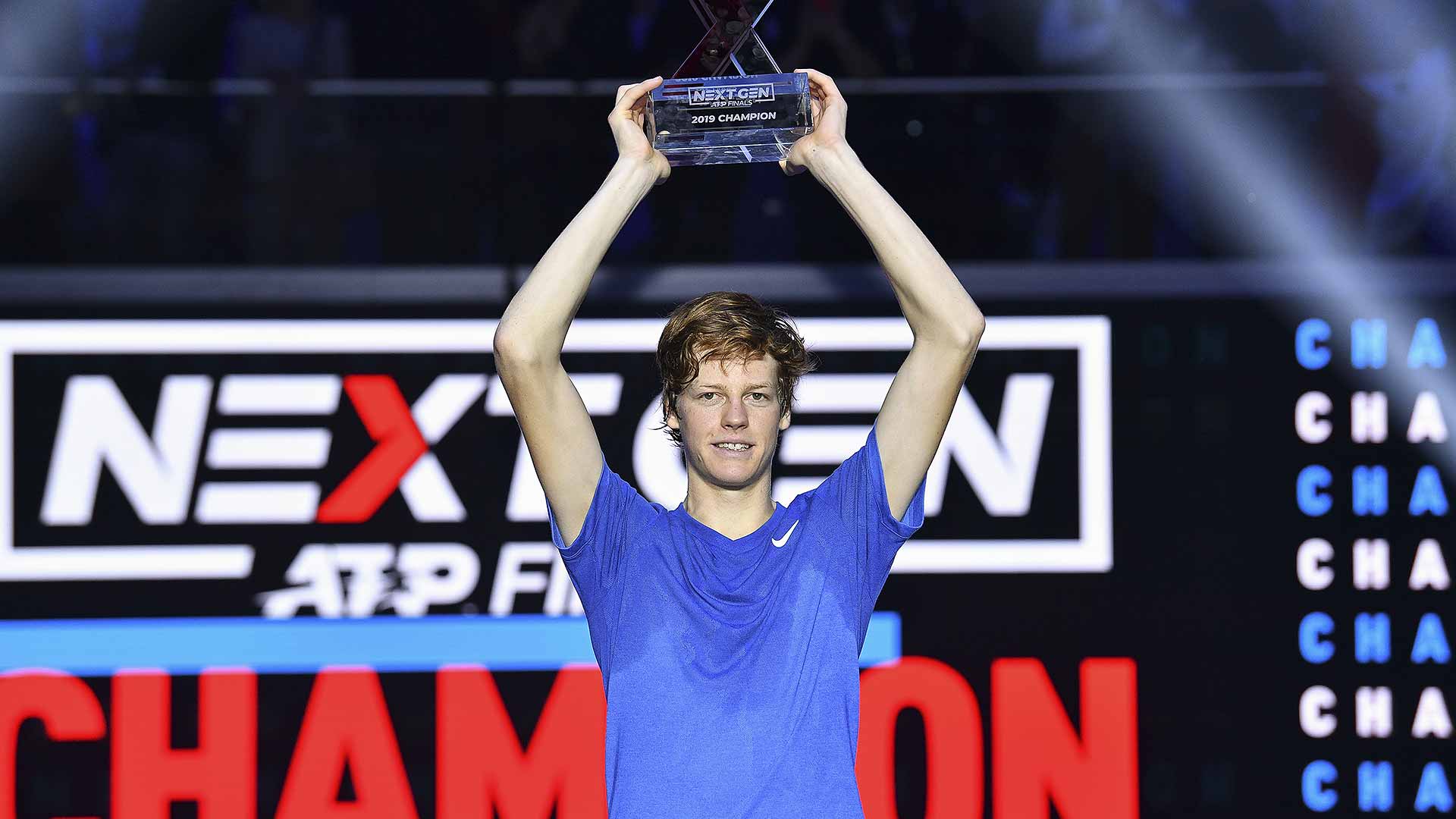 THE Next-Gen ATP Finals are less than a month away now, with the Milan, Italy event set for November 9-13 and boasting some huge emerging talent. While the tournament was not played in 2020, the beauty of the Next-Gen Finals system is that it showcases the top 21-and-under talent, meaning that last year’s potential finalists are more than capable of stepping up to the task. The 2021 edition should be very intriguing with a couple of new faces able to edge themselves into contention and four players within the top 50, with four participants locked in thus far.

Sitting at a career-high 13th in the world, Sinner is arguably the leader of the pack heading into the Milan event, having won the 2019 edition and the only player to have participated prior to this year. The Italian talent has played a comprehensive 21 tournaments and come away with three titles – two 250 titles in Sofia and Melbourne and a 500 title in Washington – as well as making the Miami 1000 final earlier this year to lead all-comers, though he does not rank highest on the ATP Tour amongst the group making for an intriguing set of circumstances. Regardless, Sinner’s year has been nothing short of impressive, rarely skipping a beat against fellow top 20 talent and is sure to set tongues wagging on home turf in Italy.

Despite sitting second on the Next-Gen leaderboard, Auger-Aliassime ranks one ahead of Sinner on the ATP Tour rankings to be the top-ranked participant. Despite not collecting an ATP Tour level title to his name yet, Auger-Aliassime has had another remarkably consistent season which has led him to this point, on the brink of breaking into the overall top 10 for the first time. The Canadian has made two finals this year to take his career tally to eight in three years, and has tallied wins over three of his fellow top eight talents and lost to just Jenson Brooksby and Lorenzo Musetti, so is in good stead to go well here if he can retain his consistency.

Arguably one of the most exciting emerging talents this year is Alcaraz, with plenty of depth to his game already and exciting traits, although something that could trip him up here is his penchant for the clay over the hard court surface. That being said, the 18-year-old Spaniard plays at a skill far ahead of his youth, and while he is the youngest of the confirmed entries, he could well and truly shake up the event with his improved variety this year. He is one of four players to already have a title to his name, winning the ATP 250 Umag event in July, and has retained his top 50 status since his remarkable quarter finals run at the US Open despite limited court time, so will be a tough beat in Milan.

It has been a breakout year for the 21-year-old American, who has steadily moved his way up the rankings in 2021 off the back of some sparkling form. Starting out the year ranked at 119th in the world, Korda currently sits at a career-high 38th off the back of two finals berths (a clay court win at Parma in May and a loss on home soil on hard court at Delray Beach in January), and despite not making a final since then, he has slowly but surely elevated his game to be a consistent threat on the tour. Korda has a remarkably calm head under pressure, rarely looks out of depth on court and is in a position to do some real damage given his recent form.

Another American who has stepped up in 2021 and coming from relative obscurity even as recently as a month ago. At a career-high 70th in the world, the 20-year-old has had an intriguing road throughout the year so far after starting his year outside the top 300. He broke out with an excellent grass-court run in the middle of the year, making the Newport final on his maiden attempt – his first ATP 250 event of the year – before continuing his run and showcasing his adaptability on the hard court surface, too. Since his Washington 500 semi-final loss to Sinner, Brooksby’s has only lost to top 50 talent (Novak Djokovic, Nikoloz Basilashvili and most recently Alexander Zverev), showcasing just how consistent the up-and-coming talent is.

A player with perhaps not quite the same showiness as the aforementioned players, Musetti has had another solid year, breaking into the top 60 for the first time before settling at 69th in the world this week. The Italian is yet to make a final in his senior career but has remained a tough bat across his variety of events, consistently making it to at least the second round of events which has ensured he remains within the top 100. While Musetti may lack the exposure and consistency of the top-end talent on this list, he is no easy-beat and has made it past the opening round at two of the four grand slams this year proving he can match with the best on his day.

Cerundolo strikes an intriguing figure heading into the event, sitting almost 200 points behind Musetti but only two ahead of Brandon Nakashima in eighth, and certainly ranked below the rest of the group as the only potential participant outside the top 100, coming in at 102nd. However, what Cerundolo does have in his arsenal is a great left-handed spin and a Cordoba title to his name, whilst also participating in the most events across the top eight prospects. While still yet to break into the top 100 for the first time, the Argentinian is another who has come from a sub-300 ranking this year, starting 2021 ranked 341st in the world and bouncing between ATP 250 and Challenger events to develop his craft.

Just two points behind Cerundolo, Nakashima is another impressive American on the list. He has not had quite the intended impact on the tour this year after a breakout second half to 2020, but he has still fought from 170th in January to sit at a career-high 79th this week with back to back hard court finals berths (Atlanta and Los Cabos) working well in his rankings favour despite not earning the silverware. Despite playing a couple of Challenger events early on in the year, Nakashima has turned his focus to the main tour since Wimbledon in June and developed some real consistency on the hard courts in particular, something that could certainly work in his favour if he retains his eighth position as the Race to Milan comes to a close.

Who else is in the mix?

Also in the running for the event is the likes of Holger Vitus Nodskov Rune who is realistically most likely to leap into contention if injury comes knocking, or if he can generate some winning form in the next week. He currently sits ninth on the leaderboard, just 55 points behind Nakashima and 57 shy of Cerundolo, so is still a potential to move up the leaderboard if either of the two ahead of him slip up ahead of the final standings. Other than Rune, it is not entirely realistic that anyone else could make it through, with Hugo Gaston the next in line and unlikely to earn enough points in time to break into the main group, while Argentinian Sebastian Baez rounds out the chasers on 576 points. All three have spent ample time on the Challenger Tour this year more so than the ATP Tour and sit outside the top 100.