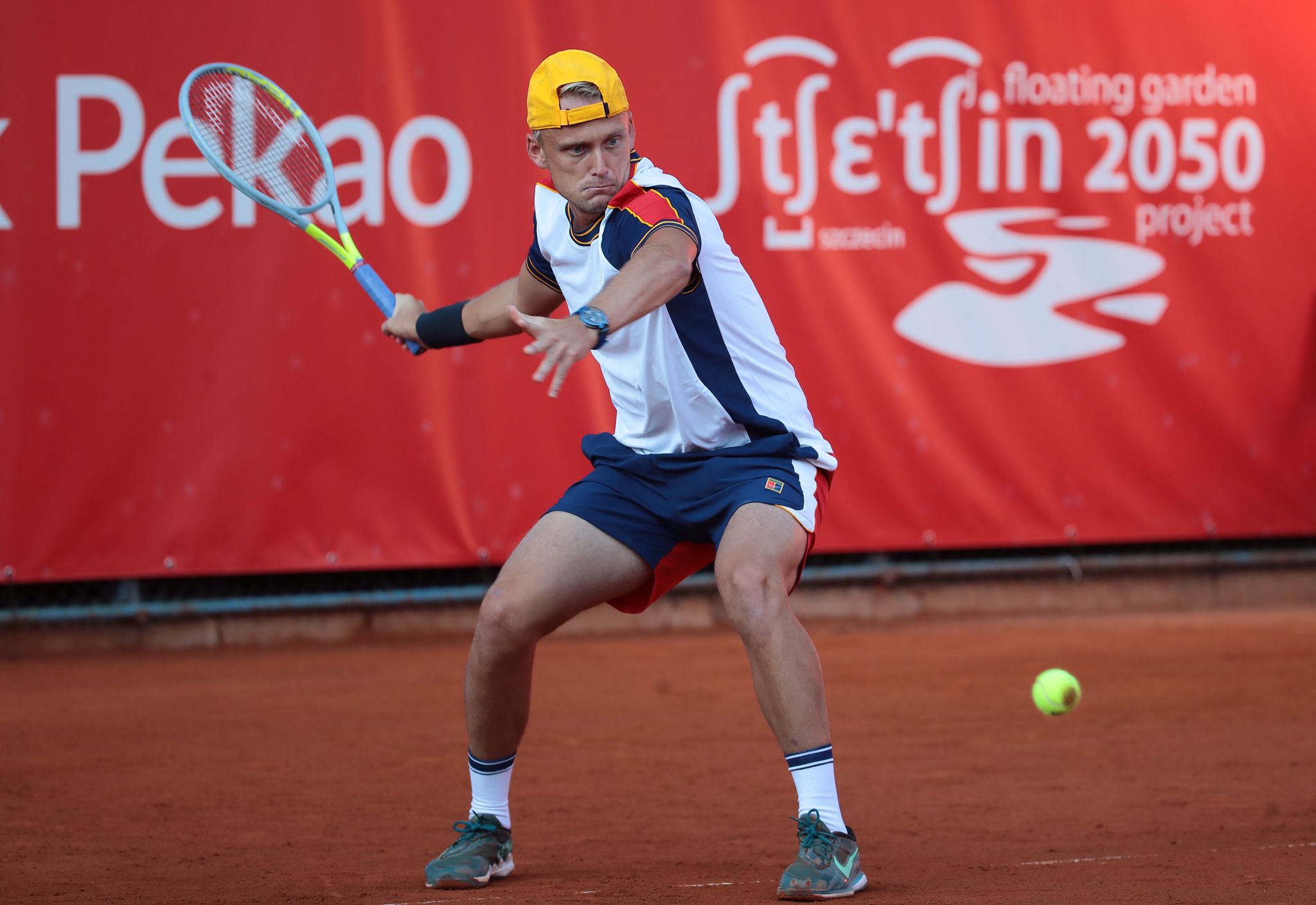 IN a new focus on the Next-Gen eligible players of the ATP Tour, we take a look at how a number of top talents performed across the Challenger Tour. With no active ATP Tour events, a few lower ranked young guns got to shine against more experienced opponents. We focused in on tournaments with an 80 or more rating.

The massive upset of the ATP125 tournament first round in Szczecin, Poland was Spanish qualifier Nicola Kuhn bouncing back from a disappointing first set to knock off top seed Albert Ramos-Vinolas, 1-6 6-4 6-4. The 21-year-old is ranked 241 places below the world number 47, and despite the upset, has only risen the four spots thus far. In the best win of his career, Kuhn won 50 per cent of his second serve points – compared to Ramos-Vinolas’ 32 per cent – and took out the raging tournament favour in two hours and 34 minutes. Kuhn was set to take on American qualifier Alex Rybakov tonight except rain has delayed play.

The top-ranked ATP Next-Gen talent in action this week was Frenchman Hugo Gaston, with the talented 20-year-old – who turns 21 in 10 days – taking part. Unfortunately Gaston bowed out in the first round to German Yannick Hanfmann, going down after winning the first set 6-3, losing 3-6 6-3 6-3 in an hour and 56 minutes. Hanfmann has been in good form this year, and whilst the German came away with the win, remarkably only won one more point (88-87) but capitalised with six breaks from seven chances, compared to Gaston’s five from 16. Meanwhile there was a battle between two Next-Gen prospects with lucky loser, Dutchman Jesper De Jong fighting out a three-setter against Czech Jiri Lehecka. He won 7-6 3-6 7-6 in two hours and 30 minutes, winning 65 and 71 per cent of his first and second service points.

The third Next-Gen prospect to reach the second round was talented Dane Holger Vitus Nodskov Rune – playing a slightly easier opponent than his last match against world number one Novak Djokovic – defeating the still highly rated world number 112, Japan’s Taro Daniel. Rune won 6-4 7-5 in an hour and 32 minutes, breaking four times to two, and winning 59 to 37 per cent of his second serve points in the first round victory. Stepping onto court for one game before rain set in for his second round match, Rune was leading Pablo Andujar 1-0 before the clash was postponed.

The news was not as good for Polish wildcard Daniel Michalski who was bundled out in three sets, going down to United States’ Thai-Son Kwiatkowski, 6-3 4-6 6-1. Not even making it past qualifying, fifth seed German Rudolph Molleker lost to Polish wildcard Maciej Rajski, while Rajski’s compatriot and Next-Gen talent Szymon Kielan also fell at the first hurdle, losing to seventh seed Alex Rybakov in the qualifying.

In an incredibly strong ATP 90 draw which featured a host of Top 100 players including Grand Slam winner Andy Murray and top seed Richard Gasquet, the French event started off with a bang. Unfortunately for French wildcard Kyrian Jacquet, he ran into Gasquet in the opening round, bowing out 7-6 6-3 in a competitive effort. The 20-year-old moved up two spots because of making the main draw, whilst compatriot Clement Chidekh bolted up 64 spots to world number 546 with the 20-year-old reaching a Round of 16 before suffering the same fate. Coming all the way from qualifying, Chidekh defeated talented Canadian Brayden Schnur in the opening round 6-4 6-4, before being outclassed by the experienced Gasquet, 6-1 6-4.

It meant all the Next-Gen home nation talents are out of the tournament, with one of France’s top young stars in Harold Mayot bowing out in three sets to German Mats Moraing in the first round, 4-6 7-5 6-2. Both players served 15 aces and were hard to stop when on song, but the four breaks to two saw Moraing move through to the next round. The sole alive Next-Gen player remaining in Rennes is the third highest in action across the week in Tomas Machac, with the world number 143 moving up five spots after a 6-1 6-1 obliteration of French qualifier Calvin Hemery. Machac won 89 per cent of his first serve points and broke five times without facing a break point himself, storming into the Round of 16. Seventh seed in qualifying, Frenchman Titouan Droguet did not make it into the main draw.

Six Next-Gen eligible ATP Tour players took to the courts over in the United States, in a draw that featured a number of rising Australian and American talents. One of those was talented qualifier Rinky Hijikata, with the Aussie world number 481 upsetting Chinese Taipei fifth seed and world number 166, Jason Jung 6-4 6-4. The only home nation Next-Gen player to reach the second round was wildcard Zachary Svajda – straight from a second round appearance at Flushing Meadows – defeating compatriot Stefan Kozlov after his opponent had to retire at 7-5 2-0. Meanwhile Japanese qualifier Shintaro Mochizuri blitzed through a second set to book his Round of 16 spot thanks to a 7-5 6-0 win over United States’ Ulises Blanch.

Another United States wildcard in Garrett Johns lost in the first round, as did Colombian Nicolas Mejia who was the highest ranked Next-Gen player entering the hard court tournament at 294th in the world. Mochizuri ended American Toby Alex Kodat‘s run before it began, defeating him earlier in the first round of qualifying as fourth seed, winning 6-3 6-2 in that clash.

Just two Next-Gen players entered the ATP 80 draw at Quito in Ecuador, with seventh seed Argentinian Thiago Agustin Tirante and local home and wildcard, Antonio Cayetano March. Tirante had to fight back from a first set deficit to defeat American Patrick Kypsom in the first round, 6-7 6-1 6-2, whilst March bowed out to Frenchman Matthieu Perchicot in straight sets, 6-4 6-0.