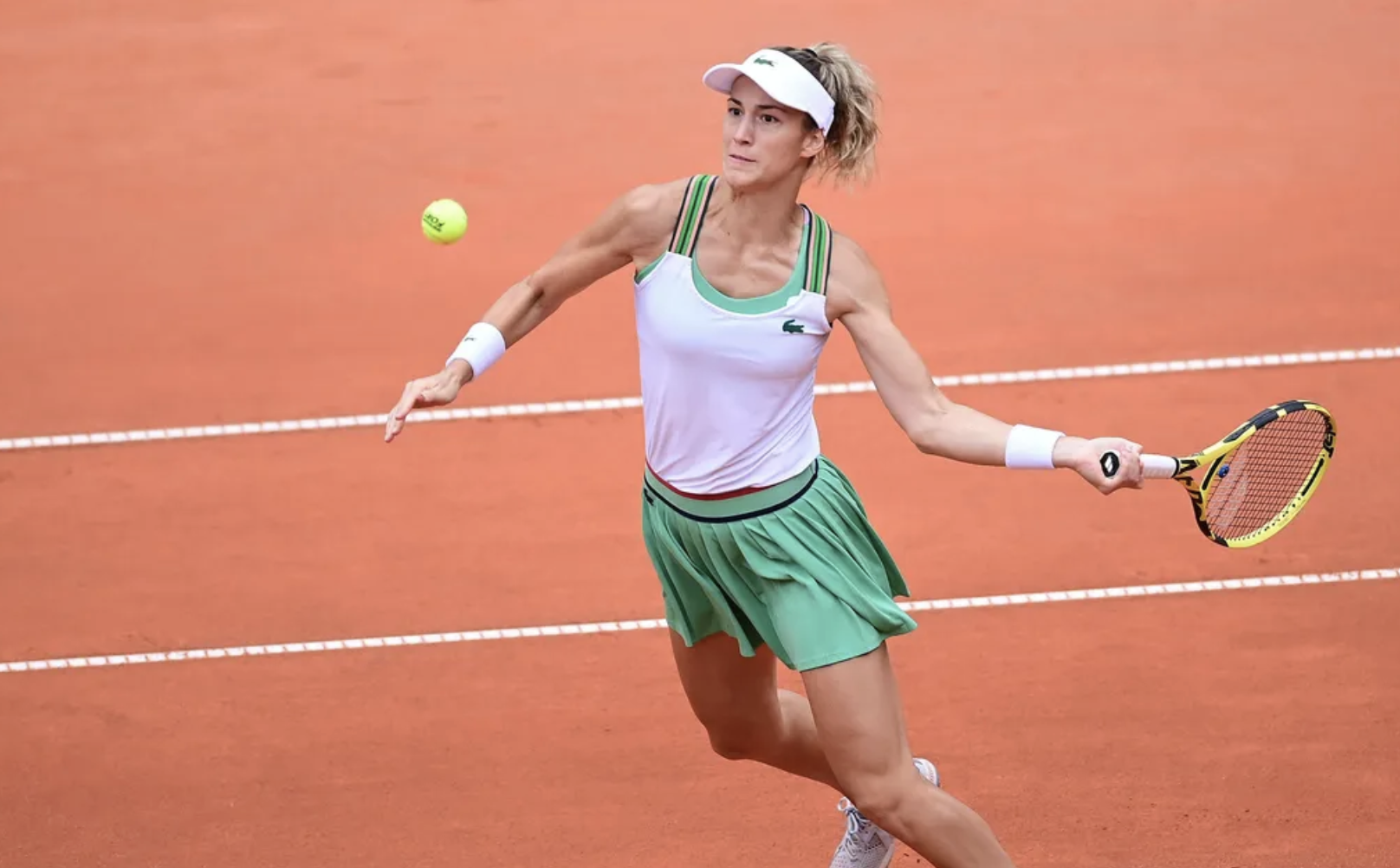 HOT off her first ever WTA Tour title, American Bernarda Pera has reached a second straight final and stretched her winning streak to 11. Having to come through qualifying at the Hungarian Open before eventually breaking through for her maiden title, Pera has now reached the final of the German Open WTA 250 event from a starting main draw spot. She defeated seventh seed Belgian Maryna Zanevska to set up a huge final against top seed, Anett Kontaveit.

Pera and Zanevska had played twice before the Hamberg clash, with Pera winning way back in 2017 on the hard court of Poitiers 6-0 6-4, before Zanevska won via Pera’s retirement in Doha this year, 6-3 3-0. In this clash, the unseeded American needed an hour and 21 minutes to put away the Belgian, getting up 6-2 6-4 in a strong performance. Zanevska served three aces and battled well on serve to save seven of 11 break points, but ultimately Pera’s persistence paid off, breaking her four times to one, and hardly giving her opponent a chance.

Pera served at a 70 per cent clip, and won 73 and 56 per cent of her first and second serve points, while also winning a high percentage of return points (44 and 54 per cent). Her victory marked the American’s 11th straight win, though now she will be truly tested, coming up against top seed and world number two Kontaveit, who is a class above the rest of the field. Kontaveit defeated unseeded Russian Anastasia Potapova in a tight two-set match, 6-4 7-5 to reach the final and eye off her second title in 2022 and her seventh overall.

“I’ve been working hard for a long time, and I felt good in practice, and I wasn’t able to execute that in matches,” Pera said post-match. “Something changed, maybe I relaxed a little bit. One win after another, the confidence grows a little bit, and it changes.”

Meanwhile in the men’s singles at Hamburg, top seed Carlos Alcaraz firmed as title favourite with a dominant 6-0 6-2 smashing of seventh seed Russian Karen Khachanov. All the other seeds have been knocked out, but the Spanish star remains, and he will now take on Slovakian Alex Molcan. Recent title winner Francisco Cerundolo remained alive by defeating Russian Aslan Karatsev for the second time in as many weeks, running out a 6-3 4-6 7-6 winner, while his next opponent Lorenzo Musetti continued his good form this tournament with a 6-4 6-3 victory over Spaniard Alejandro Davidovich Fokina.

Over in Switzerland, there were no surprises in the quarter finals, with the four best players making it through to the last four, including Grand Slam winner Dominic Thiem. The Austrian star is still returning from injury, but reached the semi-finals off the back of a 6-4 6-3 victory over Peruvian qualifier Juan Pablo Varillas, who had stunned third seed Roberto Bautista Agut in the Round of 16. Thiem will now face Matteo Berrettini, with the second seed in his first tournament since missing Wimbledon due to Covid, after Berrettini got past fifth seed Spaniard Pedro Martinez, 3-6 7-6 6-1. Top seed Casper Ruud and fourth seed Albert Ramos-Vinolas will meet in the other semi-final after the pair defeated Jaume Munar and Nicolas Jarry respectively.

The final of four tournaments is the WTA 250 event in Palermo, with a mixed bag for the seeds. Highest ranked remaining player, Sara Sorribes Tormo reached a semi-final courtesy of a straight sets win over seventh seed Hungarian Anna Bondar. She was joined in the semi-finals by next opponent, sixth seed Irina-Camelia Begu who knocked off Frenchwoman Dianne Parry. In the other quarter finals, Italian Jasmine Paolini defeated eighth seed Nuria Parrizas Diaz in three sets, while Paolini’s compatriot Lucia Bronzetti took down fifth seed Frenchwoman Caroline Garcia in a good day for the Italians.